This Man Sent A Christmas Card To The Queen For More Than 50 Years. He Never Expected This.

Sometimes even the smallest acts of kindness can certainly make an impression on others — even if they happen to be royalty.

According to Andrew Simes, his grandfather sent a Christmas card to Queen Elizabeth II every holiday season, from 1952 until his death in 2011. When Andrew took up the mantle of card-writing from his late grandfather that winter, he says he received an amazing response from the royal highness herself. 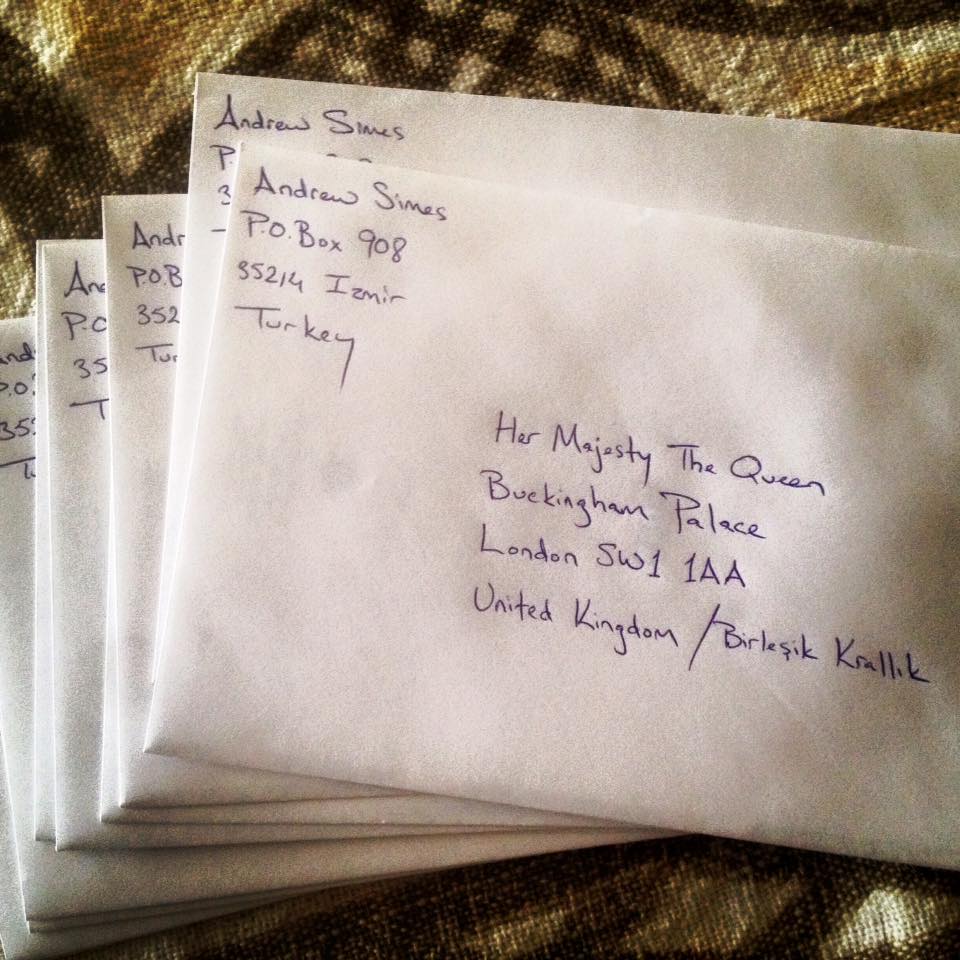 Simes posted on Facebook about the exchange, describing his grandfather’s tradition and the Queen’s response:

Ever since Grandpa could remember, he made sure to send a Christmas card to his king/queen. So naturally, since 1952, Elizabeth II kept receiving his mail. As chance would have it, their paths crossed at a reception in Izmir, Turkey in 1972. When it was his turn to be introduced to the Queen, instead of a formal handshake, she paused, smiled, and quipped: “so its you who keeps sending me those lovely Christmas cards.” Of all her subjects, Grandpa stood out (perhaps because he mailed his letters from Turkey), but what a memory and level of kindness on the Queen’s part. She even wrote him to congratulate him on his 100th birthday. Sadly, Grandpa passed away in the summer of 2011 at the age of 102. As a loyal grandson, admirer and student of his, I took it upon myself to continue writing our Queen every year to show our appreciation. And I started that very first Christmas after Grandpa’s passing. In January 2012, about a month after Christmas, I received a letter. The envelope suggested that it was sent from Buckingham Palace. In it was written: “When I received a letter from a different Simes this Christmas, I instructed my office to research your grandfather’s whereabouts. Therefore it is with much sadness, I have learned of his passing and extend my condolences to you and your family.” I couldn’t fight back the tears then, nor can I fight them back every time I remember this story of two people who left a lifelong impression on each other. And today, just as every year, I sent my Christmas cards… but top of the list was reserved for Her Majesty. Wishing you all a Christmas as magical as this story.

Receiving a letter from the Queen may be even more of a Christmas miracle than a letter from St. Nicholas himself! And it’s proof that we should all endeavor to send more Christmas cards — because you never know when they could brighten someone’s day.