McDonald’s, Wendy’s, Taco Bell – which one are you craving today? There are more than enough food documentaries and obese people in the world to alarm and convince us of the negative effects of fast food, but having a look at some relatable info might help you fully grasp what these “foods” do to our bodies.

Here are 15 dirty secrets about fast food that will make you consider never visiting a drive-thru again.

1. The shakes are full of chemicals. 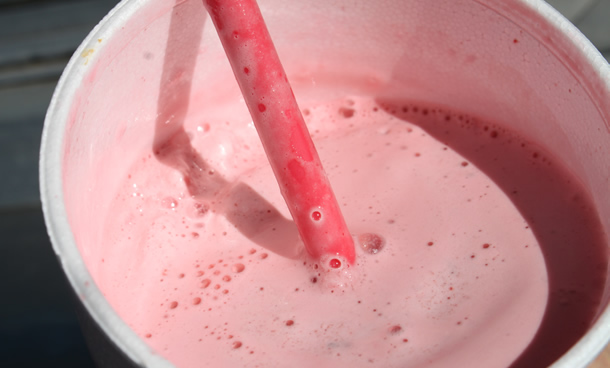 Strawberry milkshakes from McDonald’s and Dairy Queen contain more chemicals than a conventional fertilizer. Up to 50 chemicals – some of which are found in perfumes – are mostly contained in the strawberry flavoring. This doesn’t mean you should treat your lawn to strawberry milkshakes, though, unless you want to bring all the boys to your yard. 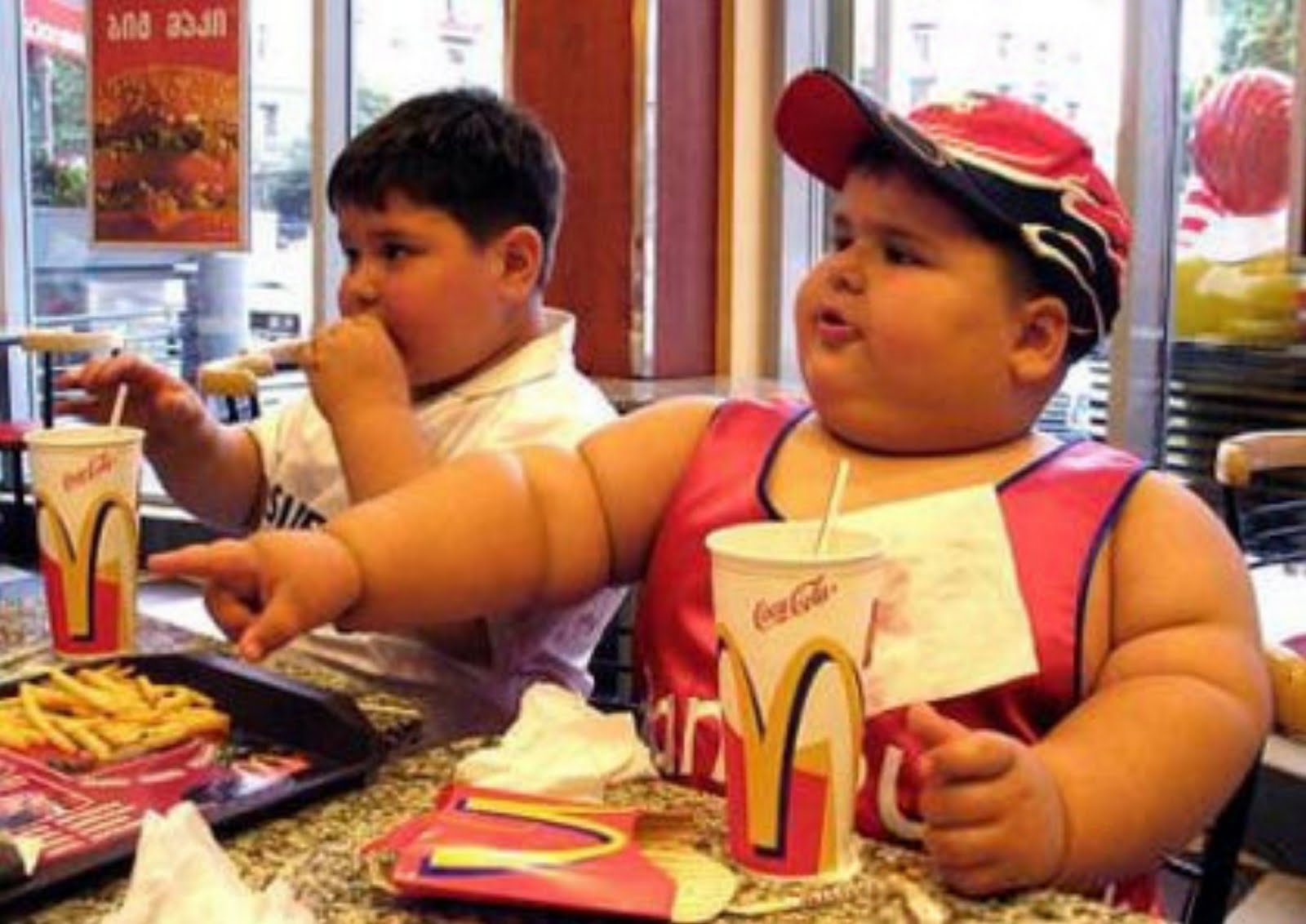 Nearly 90 percent of America’s children eat fast food on a monthly basis, and one-third of children visit these foods on a daily basis. Mix that fast food fact with the startling statistic that fast food children gain six more pounds each year than they should, multiply that by the 15 or so years they eat it under your watch, and congratulations, you’re the reason your fat kid gets bullied at school and loses his breath walking up a small flight of stairs. 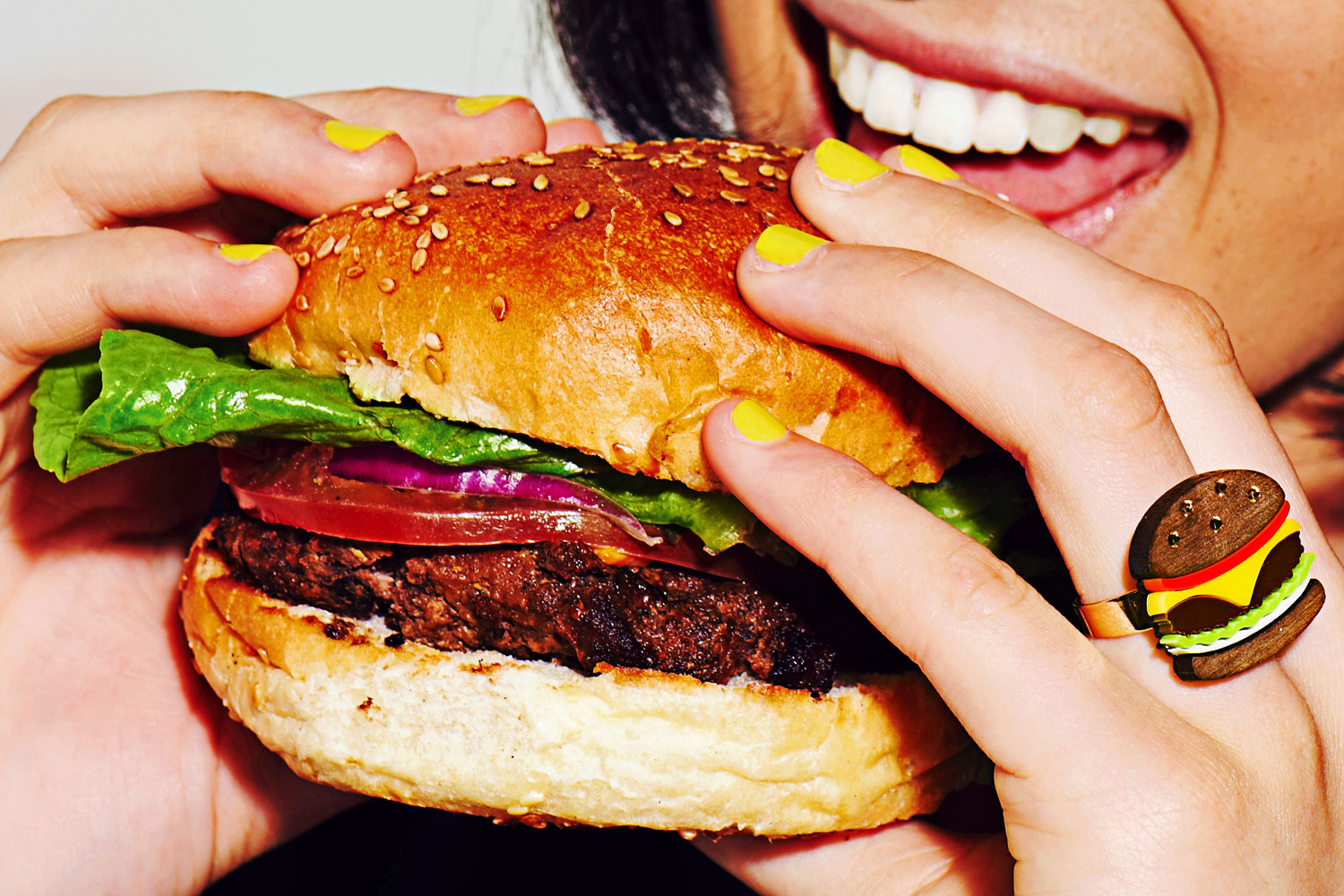 While fast food is known to make those fat rolls grow, it can actually make your brain shrink. Studies have shown that diets high in trans fat are linked to the same brain shrinkage associated with Alzheimer’s disease. So if you find yourself wandering the streets pantless and completely unaware of your surroundings, it was probably your value meal dinner that got you there, and at the ripe old age of 26 no less.

4. The McRib is rather gross. 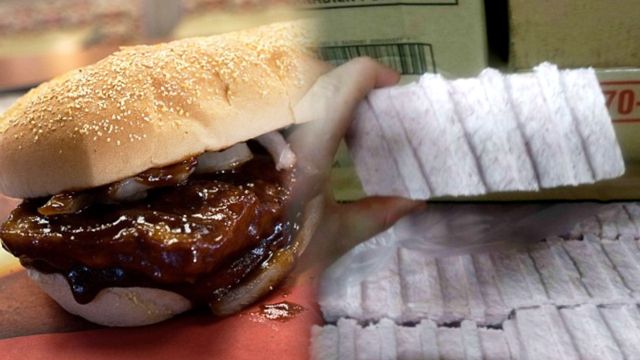 The McRib doesn’t have any rib bones in it, thankfully. That’s because it’s “restructured meat product” made from pig innards, tripe, heart, and scalded stomach. Then it’s doused in salt. These parts are blended with more salt and water solution to help act as glue to keep the meat mixture together. That’s why the McRib seems virtually indestructible. Oh, and I forgot to mention it contains 70 ingredients, one of which is azodicarbonamide, a flour-bleaching agent used in the production of foamed plastics like yoga mats. Yum.

5. So are the McNuggets. 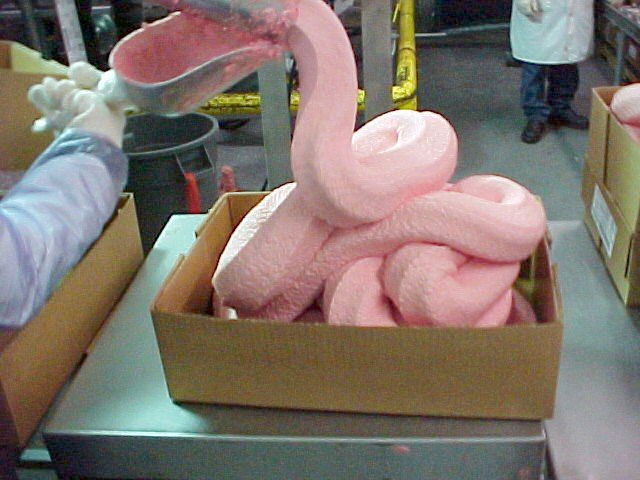 “Mechanically-separated meat” is a mixture created when the bones and carcass of a leftover chicken are mixed together in a food processor. This is what that lovely pinkish sludge actually looks like before it gets breaded into nugget form.

6. You may be eating from 100 different cattle at a time. 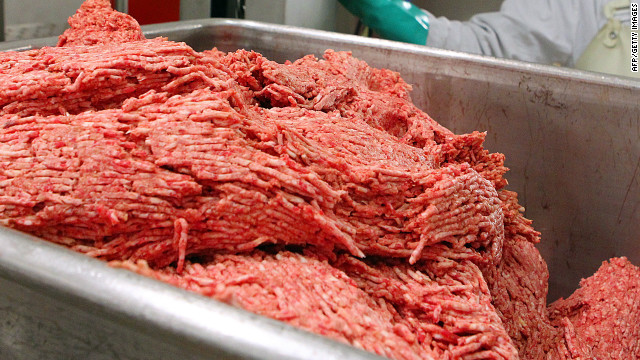 McDonald’s is the number one producer of beef in the U.S. A single fast food hamburger can contain beef from up to 100 different cattle. So if you love animals and fast food, just imagine driving down the road eating a 600-calorie hamburger as your car runs over several dozen cows. It’s a nice thought.

7. It fizzes. It quenches. And it could also contain fecal bacteria. 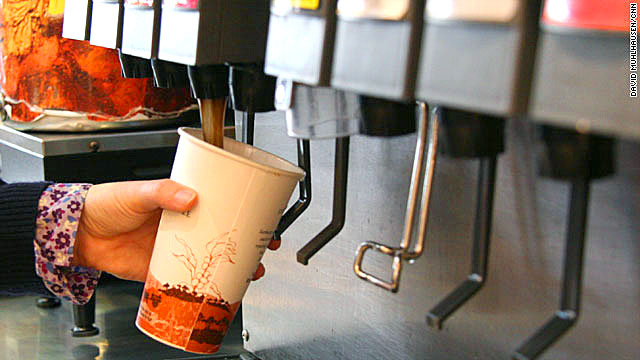 Traces of fecal matter have been found in fast food fountain soda. So the next time you’re enjoying a fountain Coke with a friend and think it’d be too mean to shit in their drink when they go to grab some napkins, just know that someone, somewhere, already did it for you. Let the pointing and laughing ensue. 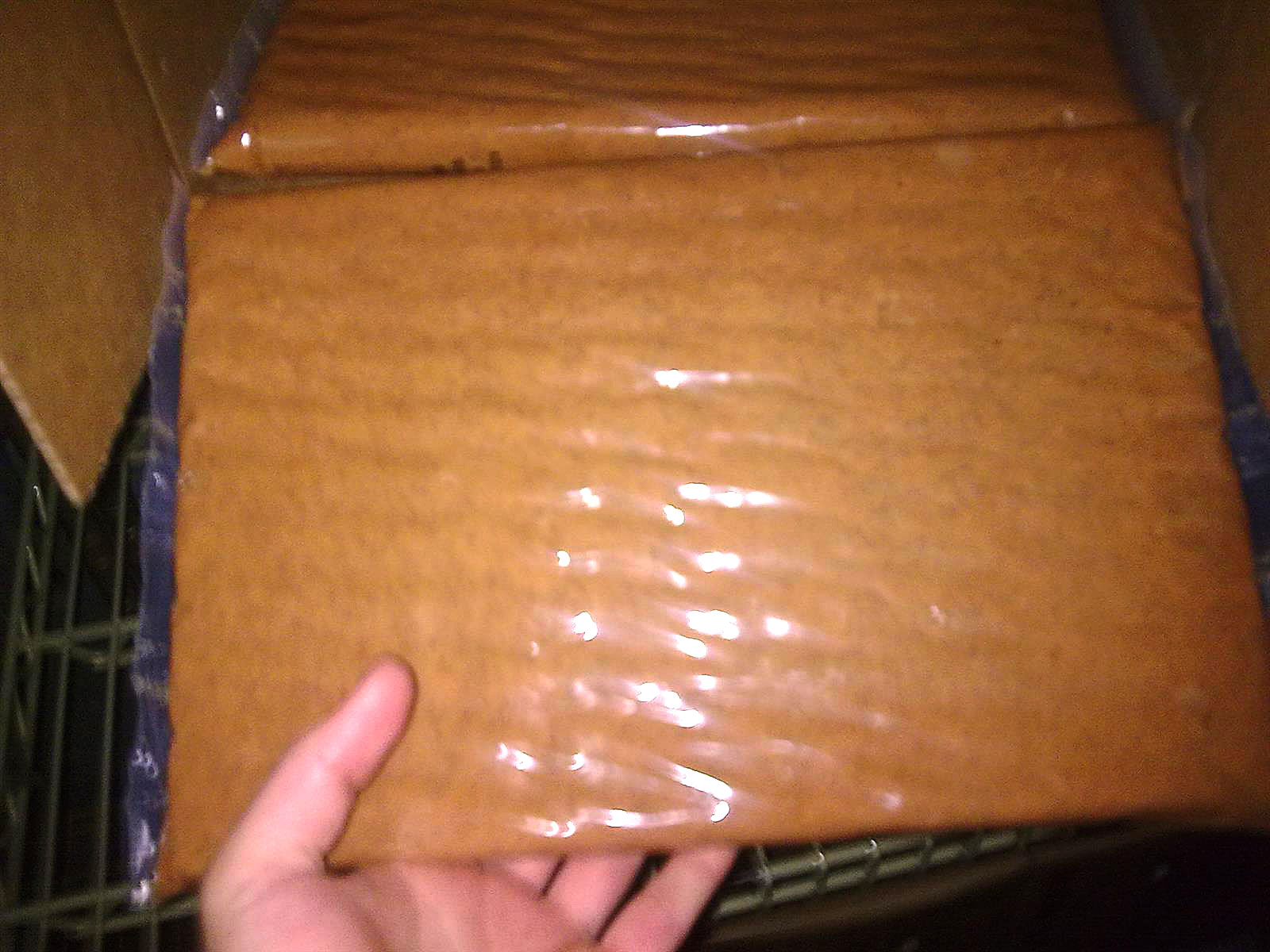 This is what Taco Bell “meat” looks like before the chef serves it to you. This meat-in-a-bag looks extremely appetizing … it sort of reminds us of gingerbread. It’s sealed with freshness inside a plastic bag, but luckily only 36 percent of it is actual beef, so there’s no cause for concern about it getting too spoiled. 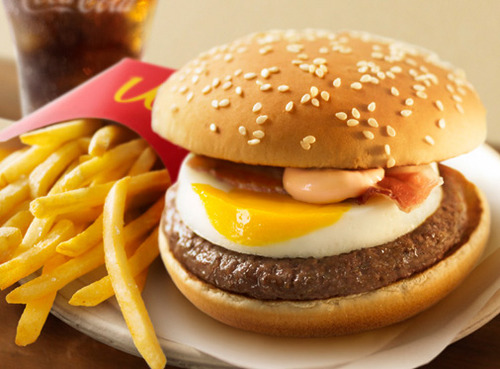 The eggs in popular fast food breakfast sandwiches are really a strange concoction that includes eggs and “premium egg blend.” Some things that are in this special blend include glycerin, a solvent found in soap and shaving cream, dimethylpolysiloxane, a silicone that can also be found in Silly Putty, and calcium silicate, a sealant used on roofs and concrete. The age of just cracking an egg and cooking it has long since passed.

10. The salads have Whopper-like calories. 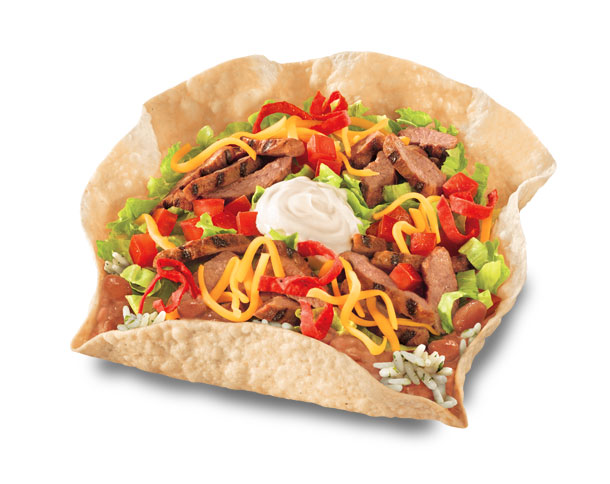 11. Here are the fries after aging for three years. 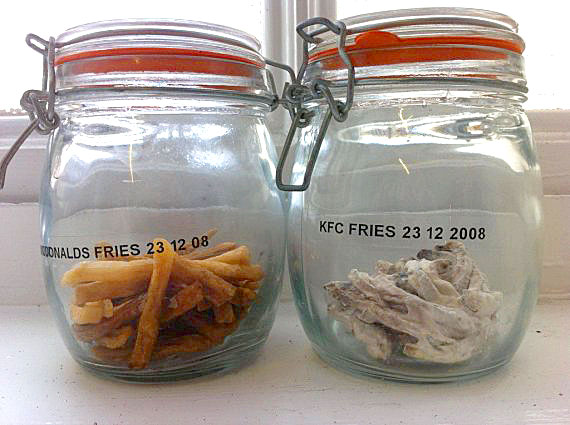 These McDonald’s and KFC fries were sealed in these jars in 2008, and the photo was taken in 2012. A little more than three years later and the McDonald’s fries show few signs of aging. Marion Nestle, chairwoman of NYU’s food studies program, told Salon that you can thank heavy servings of preservatives for that ageless quality. She said McDonald’s would have to use “a lot of sodium propionate to prevent bacterial or mold growth.” If only eating fries would keep you looking so young.

Fast food hamburgers must be processed in the Fountain of Youth, because after 14 years one man’s salvaged McDonald’s burger reportedly hadn’t aged a day or grown moldy/smelly in the least bit. What’s their secret to ageless beauty? Creating “food” with a shelf life longer than nonperishable canned goods from the Y2K scare. That’s their secret. It’s almost like it’s not even food at all. 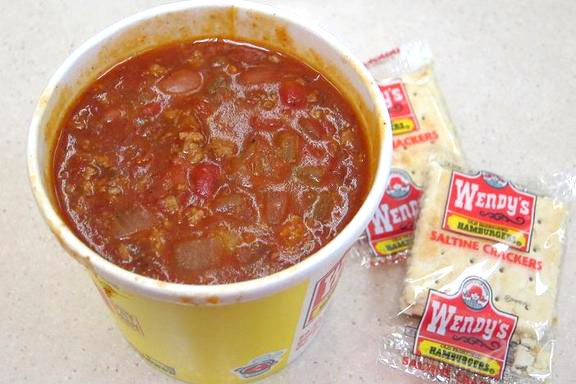 Wendy’s claims their chili has an “award-winning taste.” Maybe that’s because it has silicon dioxide in it. Also known as silica, silicon dioxide can be found in quartz or sand. It also serves as an “anti-caking agent,” allowing the chili to stay looking fresh.

14. It’s a Quarter Pounder of additives 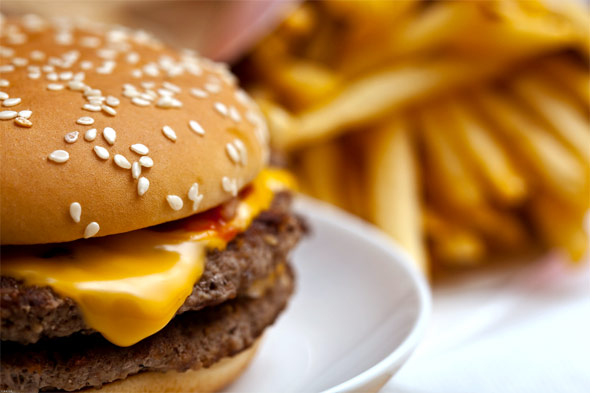 15. It’s more calories than you need. 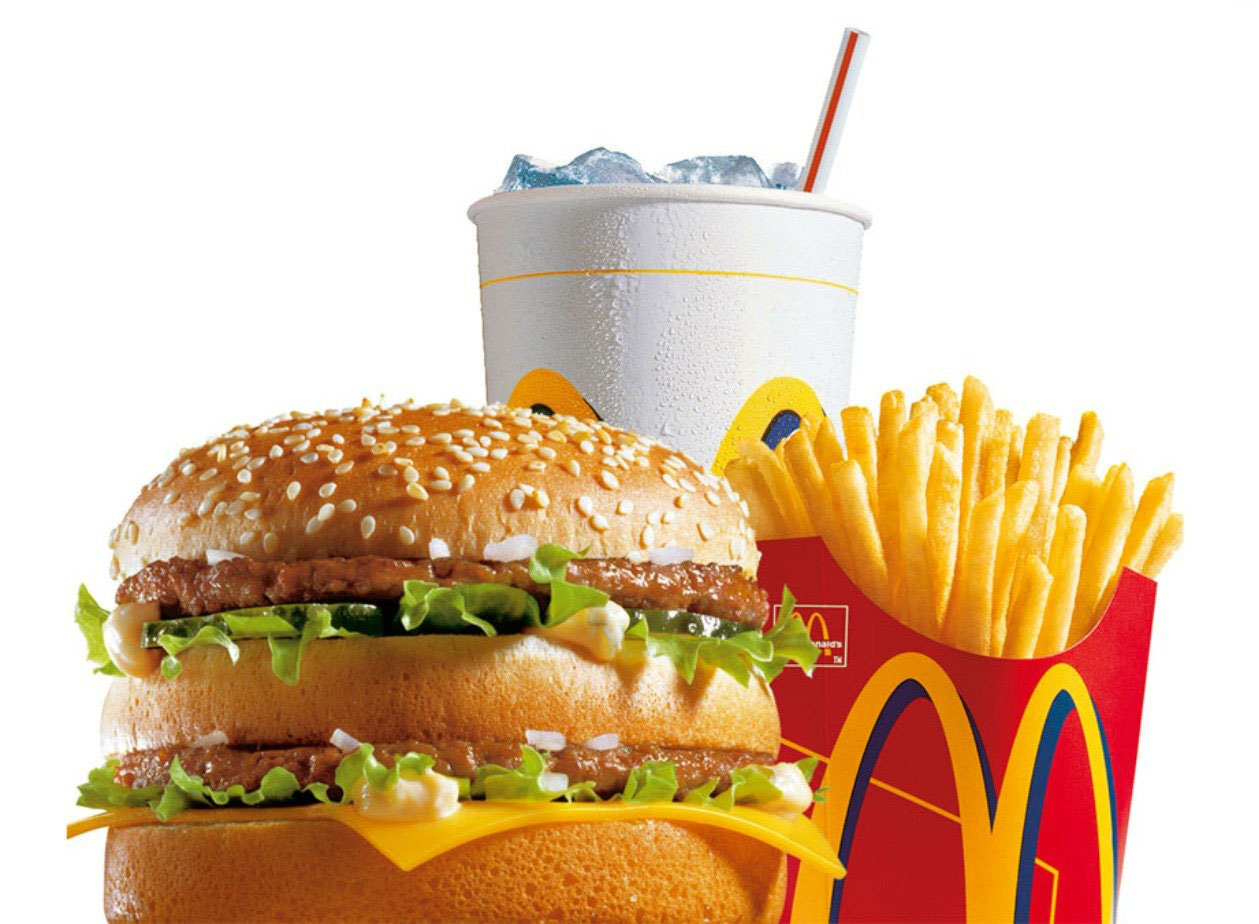 One standard combo meal at a fast food restaurant contains all the calories you need for an entire day. So even if that doesn’t fill you up, you better not eat much more.

Most of us know that eating too much fast food is harmful for our health. However, not many are aware of the hidden ingredients that go into our body. Spread the word by sharing this story with your friends.