A father posted this question on AskReddit:

As a dad, I’ve learned nothing good starts with “Guess what YOUR son said”. So reddit, what are some funny things you’ve heard kids say?

The responses came swift and fast. Amongst them, these 33 funniest responses will definitely make your day! 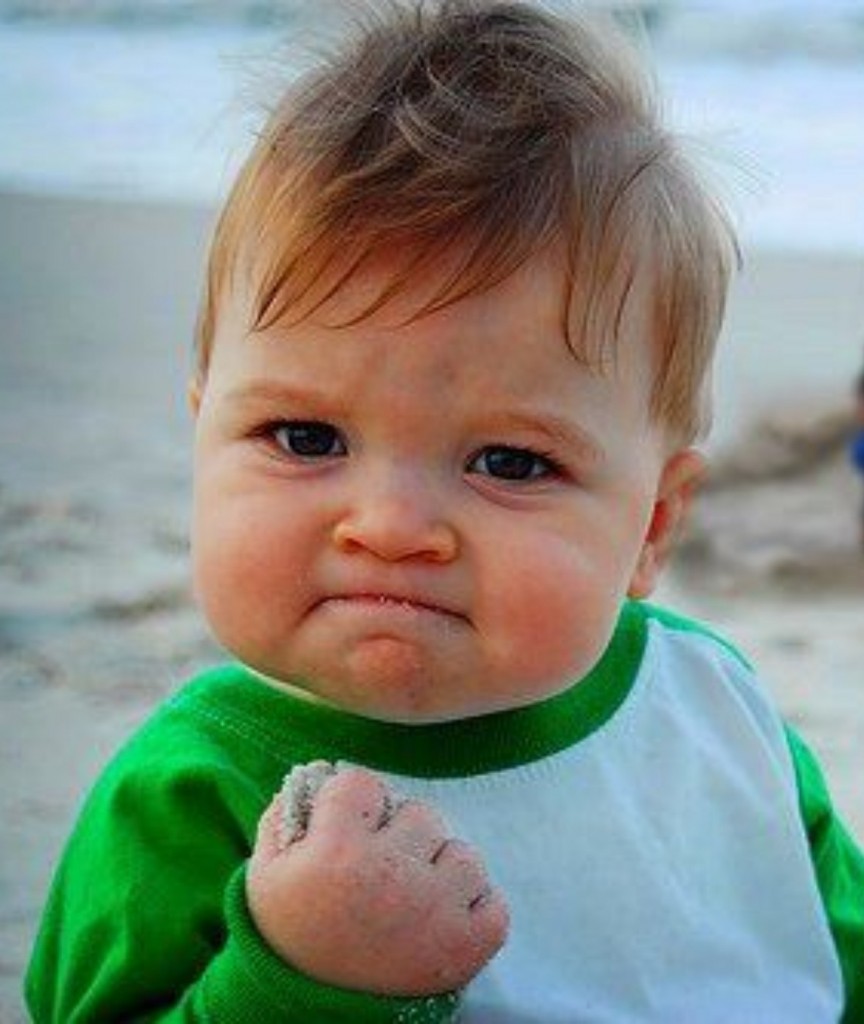 1. Some things that you can’t help kids with.

My wife was giving our 5 yr old son a bath and he was playing with his junk the entire time. Finally she tells him its not nice to do that and he responds with, “Well, nobody’s doing it for me”.

2. The simple logic of children.

3. Sometimes, you have to set your mom straight.

This morning, my wife told my 3-year-old daughter that owls were nocturnal. My daughter responded, “Yes, owls are not turtles.”

4. A boy who is wise beyond his years.

My 4-year-old is currently singing a song he made up himself. He only has a chorus that goes “You can’t soooooolve Mississippi’s problems.”

Son and I are playing catch. I have a terrible throw that sails over his head. I say, “Sorry, that was a bad throw.” He stops, gives me a kind look and says, “No daddy, that was a wonderful throw.” Then takes 2 steps towards getting the ball. He stops again, turns back around and says, “When we say something nice, even when we don’t mean it at all, that’s called being polite, right?”

My four-year-old son was in the bathroom with the door closed.

I knocked and said, “What’s going on in there?”

His reply: “Nothing, it’s just me and my penis.”

7. A boy who simply loves nipples.

I was putting my son to bed when he was about 5, and after the bedtime story, right when I was tucking him in and turning out the light, he said “Nipples. I love ‘em. What about you?” with this totally serious expression. It took major effort to remain composed and try to make it look like I was taking his question seriously.

My little sister was at the doctor’s office for her annual check up–she had to be somewhere around 3. The nurse was asking all the standard coordination type questions–touch your nose, put your hands up, jump, etc. Being a healthy capable little devil, she’s doing everything fine. Then, the nurse says, “stand on one foot.” My little sister looks at the nurse, looks down, and hesitates. Then she walks over and stands on one of the nurse’s feet.

My cousin’s daughter’s response to “I love you,” was “I love me too” for the longest time.

While waiting in line to get her picture taken with Santa I was giving my 2-year-old daughter pieces of popcorn one at a time as a snack. I must have been a little slow with my delivery and she shouted “MORE COCKPORN DADDY” at the top of her lungs. It was awesome.

I was on the phone with my wife discussing dinner plans and my 7-year-old informed us that “salad is ruining my life.”

12. When kids take things too literally.

I try to make it a point to take about 10 min at the end of each evening to help my daughter straighten up her room.

After a particularly rough day, I sat down on the floor of her room to help her sort thru her dolls and I had muttered “I really don’t have the juice for this tonight…”

My daughter left the room and returned a few minutes later with a cup of apple juice for me.

Overheard in a first grade classroom:

“Well when my Mom and Dad practice wrestling I get to eat a whole bowl of ice cream and watch whatever movie I want!!!”

That was a fun one!

14. When life gives you lemons…

I gave my son a timeout from swords, light sabers, guns and (Thor) hammers due to him being too violent/aggressive. After about 10 minutes of quiet, I went to check on him and found him building w/ his Legos.

After I told him that I was proud of him for listening, I asked him what he was building. He told me he was building an ultimate Lego weapon so that he could destroy me.

I think he may have missed the point, but at least he’s persistent.

15. Another case of filter-less children.

My three-year-old niece is a great little girl, and she has a firm grip on the rules… So much so that she walks around repeating them from time to time. Usually it’s pretty mundane things like, “be careful around [her baby sister’s name]” or simply “don’t be mad.”

The unprompted sharing of the rules is pretty cute, but it is really great when some of the more private rules come out while eating dinner or walking in the store, like “only daddy says god damnit” or “don’t stick your fingers in your butt.”

My son just turned two and is barely saying complete words. On Halloween we took him trick-or-treating and when someone would hold out their hand with candy, he would inspect it and if he didn’t care for what the candy was, he would look up and say ” no thank you” and then start towards the next house. It was hilarious.

17. Reaction to the first time she was asked to pee in a cup.

Not my son, but when I was a little kid, I had to pee in a cup at the doctor’s office. It was my fist time doing it, so my mom helped me. After I peed into it, I said to her, “I don’t have to drink it, do I?”

While driving on the interstate with my 2.5 year old in the back seat: “Any idiots out today, dad?”

Also, my wife was in the elevator with my son at work once, and a Sikh with a thick beard got on. My son pointed at him and said “wolfman.”

19. A boy who mixed up testicles with intestines.

My husband overheard his son talking with his friends about testicles at about age 8. The conversation went like this. “Those are the things that are underneath your penis.” “I think those are called balls,” tapping his chin thoughtfully. “No they aren’t. They are right here,” pointing to his abdomen. “What?” “You know, your large intesticles and small intesticles.”

My father was driving with my niece in the back. At one point she said, “How old are you granddad?”. “59,” he replied. “Oh, so next year you’ll be 60?” “Yes.” “And after that, you’ll be dead.” Then she just kind of shrugged her shoulders and looked out of the window.

My dad has told me that when I was really young, he told me once “I don’t ever want to see you do that again.” and I responded with “okay close your eyes.”

When my daughter was 3-4, she once came into the bedroom quite pissed off. She said, “Mommy’s turning retarded.” I walked into the kitchen to find my wife with a glass of wine.

On the potty seat: My poop is coming. It’s packing its suitcase!

My girlfriend was in the pediatrician’s office with her five-year-old son for a routine checkup. A nurse glanced at his chart and announced that he was overdue for a particular shot. When the nurse left the room, the little boy threw himself back upon the examination table and stage-whispered, in a wavering voice, “Do you have any idea…(pause for drama)…what I’ve been through?”

25. Kid who takes after his father.

While waiting for heavy traffic to clear, I hear from the back seat, my three year old: “Fuckin cars. What are all these fuckin cars doing here?” He sounded pretty pissed off.

Kids(4 & 3) & I sitting around putting Thomas the Train pieces together. Our track was almost complete but we ended up /w 2 female pieces where the track should join. My daughter the oldest says, “we need a double dick piece Dad…”

I had to just walk away.

My 5-year-old son had just finished his swimming lesson and approached my wife, who was talking to one of the other moms. “Why are you talking to her? I thought you said she’s a jerk!” Wife mortified, with no idea why he said that. She hadn’t criticized any of the other moms in any way.

My 4th grade son told me he heard a joke at school and didn’t get it. He is in middle so there are up to 8th graders there. He asked in front of a new buddy of mine. I asked him to tell the joke.

29. Possibly the scariest thing ever that a kid could say.

My 4-year-old niece was asleep on the sofa; I picked her up to take her up to her bed. Just as I lifted my foot up on to the first step she lifted her head from my shoulder shouted in a really deep voice (I didn’t think it was possible for a 4 year old girl to make this noise) “PREPARE TO DIE” and then started clawing/biting at my face, then laughed manically, jumped out of my arms and ran up to bed.

I still WTF about it now.

30. The first time your daughter notices your penis.

Took my son & daughter swimming. Went into the family change room, went into a stall, and proceeded to change them, then myself. While I was as naked as the day I was born, my three year-old daughter says in her loudest voice “Daddy, why is your penis so big?”. So. Many. Levels. Of. Wrong.

31. Sometimes kids know more than they let on.

32. Little girl with a wild imagination.

A few months back my wife showed a picture of herself to our 3-year-old daughter. In the picture my wife is about 7 years old. “Do you know who this is?”
Daughter: (gasps) “That’s me when I’m bigger!”

I love that she thought this was actually possible.

Our 2-year-old was a little jealous of her newborn sister. One night she said wistfully, “I wish I could drink milk from Mommy’s nickles…”

Maybe only funny to us but 2 years later it still makes us laugh.

If you enjoyed a few laughs, share this with your friends and make their day too!