The winter can be a tough time for a stray cat, but in Istanbul, a mosque has been making their lives a little easier and giving us all the feels in the process.

Mustafa Efe is the imam at the Aziz Mahmud Hüdayi Mosque in Istanbul’s historic Üsküdar district. He has been letting stray cats seek refuge in the mosque since last year. 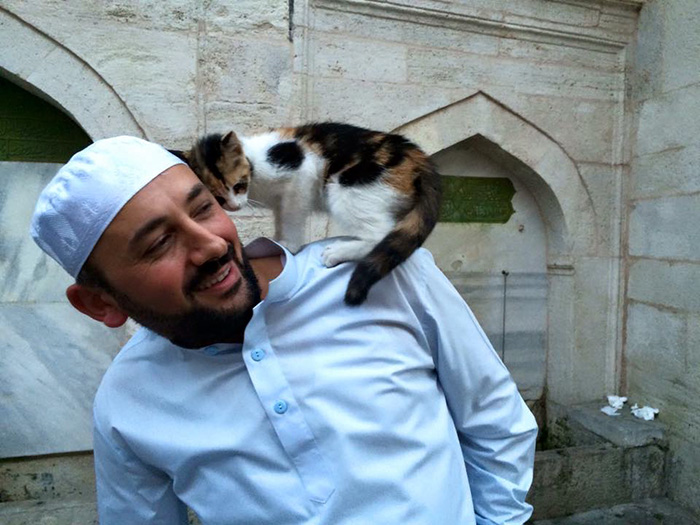 Instead of chasing felines out of the mosque, he welcomes them in with open arms, calling them his “Friday friends”. 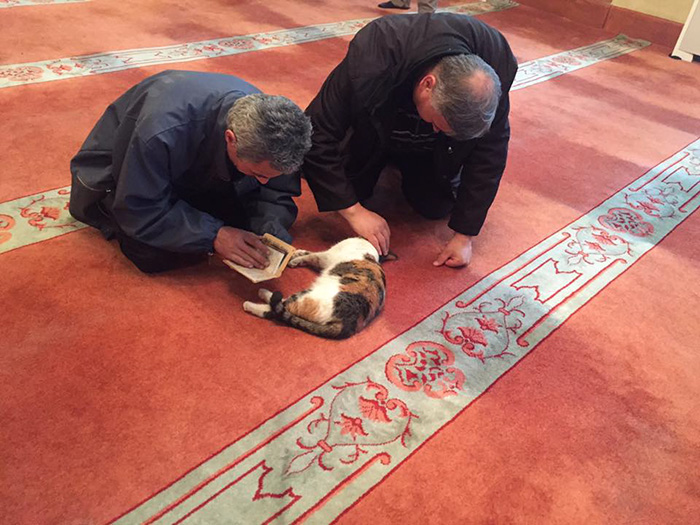 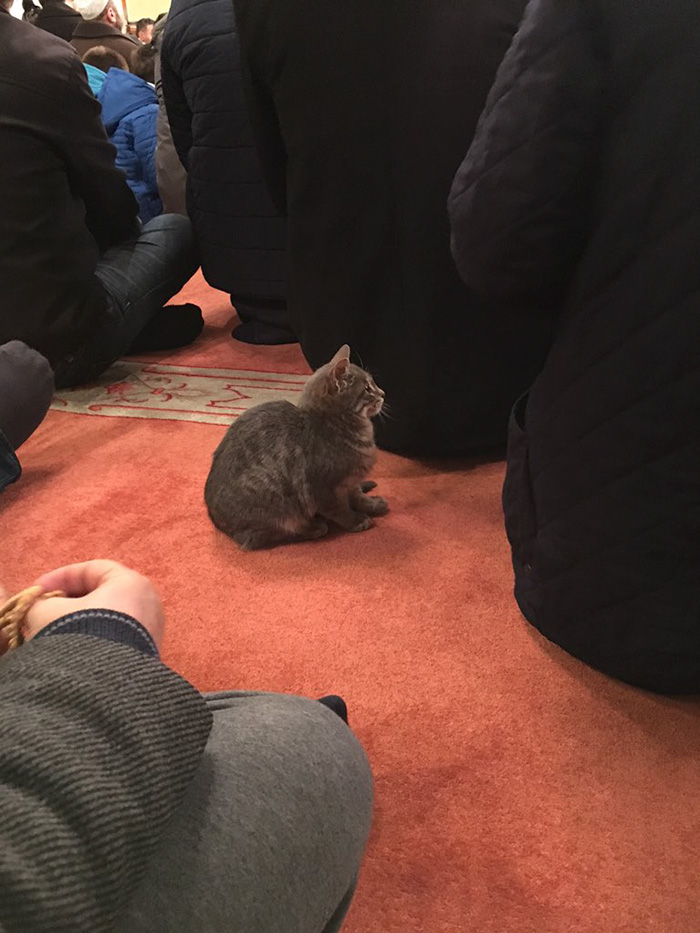 One mother cat feels so safe and comfortable that she is raising her whole litter inside the mosque.

Mustafa had only kind words to say about the cats that surprised him during a Friday sermon. 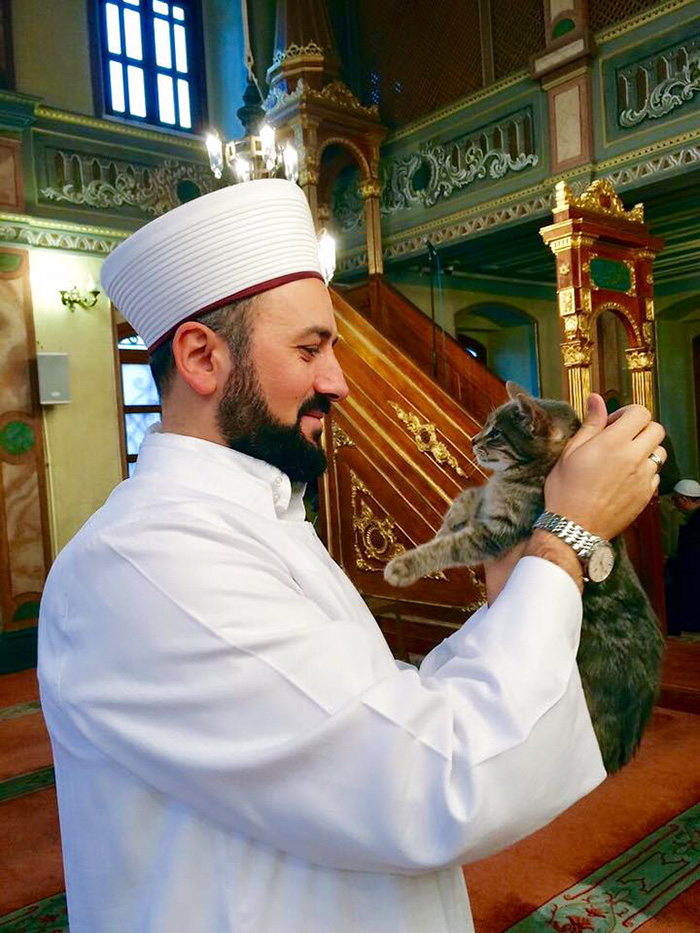 “The kitty has found the heart of compassion and mercy,” he wrote on Facebook. 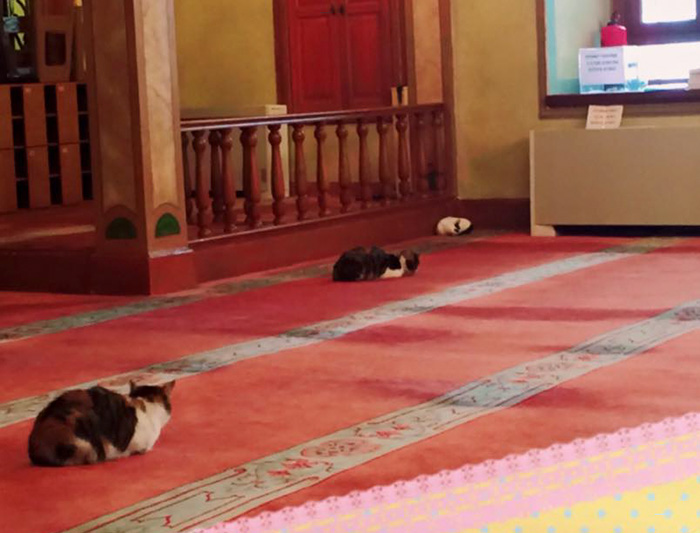 Here’s a cute video he shares.