When Threadless held an online cake contest where entrants baked a cake inspired by an existing t-shirt design, one Simpsons fan went all out to make the craziest cake the world has ever seen.

Kylie Mangles of Freshly Squeez’d went with the Cutout Ralph design by Erick Flores, and her insanely detailed red velvet cake bagged her the grand prize. 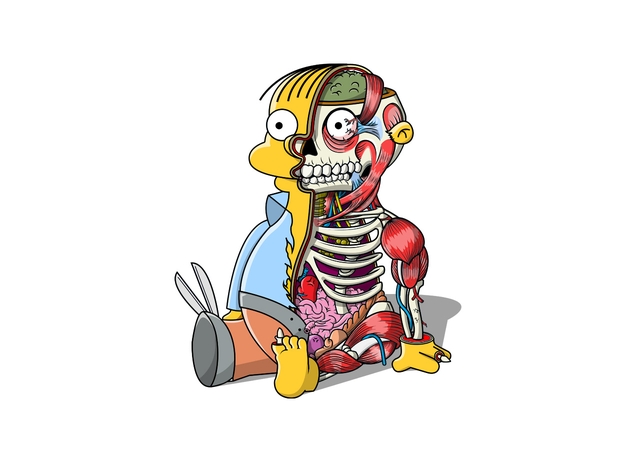 And here’s the actual cake: 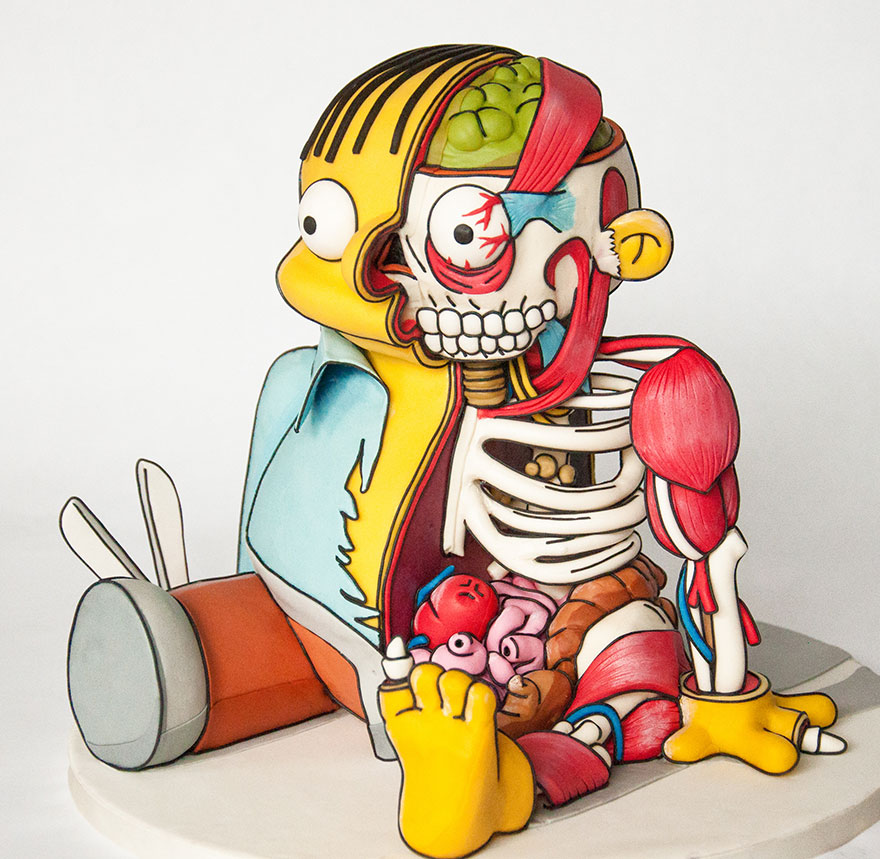 Now see the work in progress. 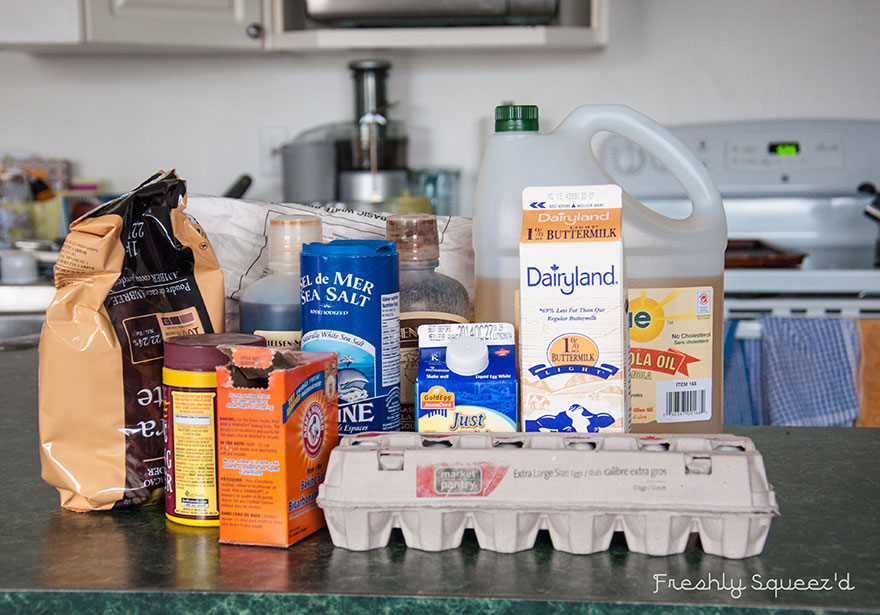 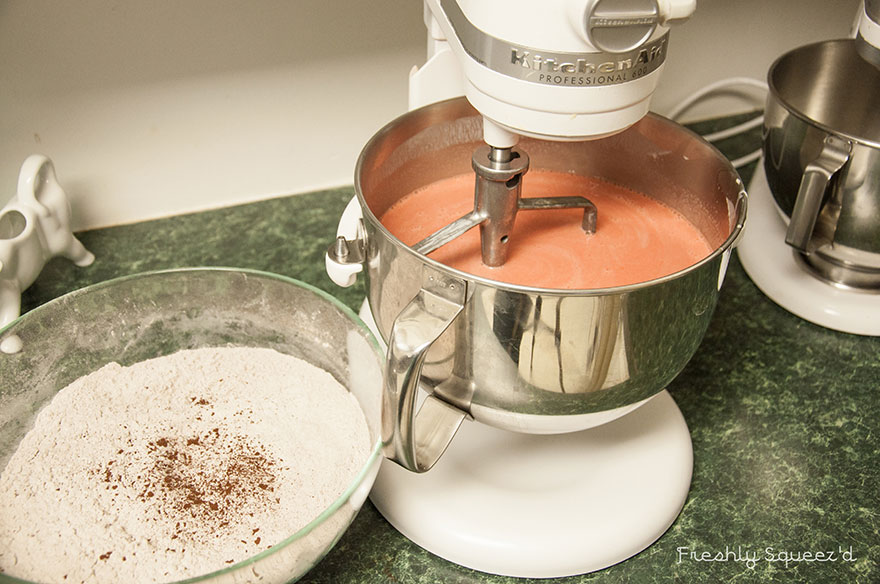 If it wasn’t for these photos, we would find it hard to believe that the cake was even real. 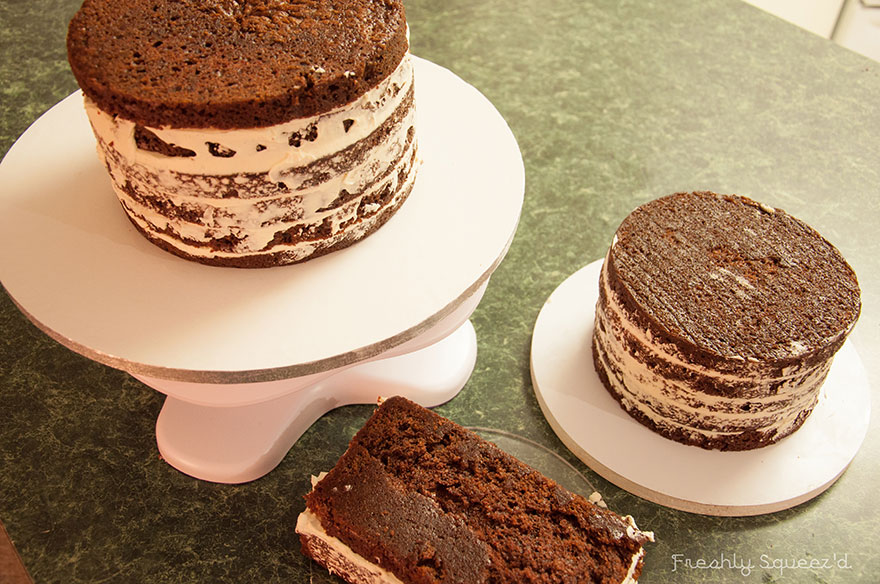 I baked 2 x 6″, 2 x 7″ and a loaf pan red velvet cakes and layered with vanilla bean swiss meringue buttercream (I forgot to triple the amount of red colour with the recipe so they lack that rich red colour but that’s ok, he was still delicious). 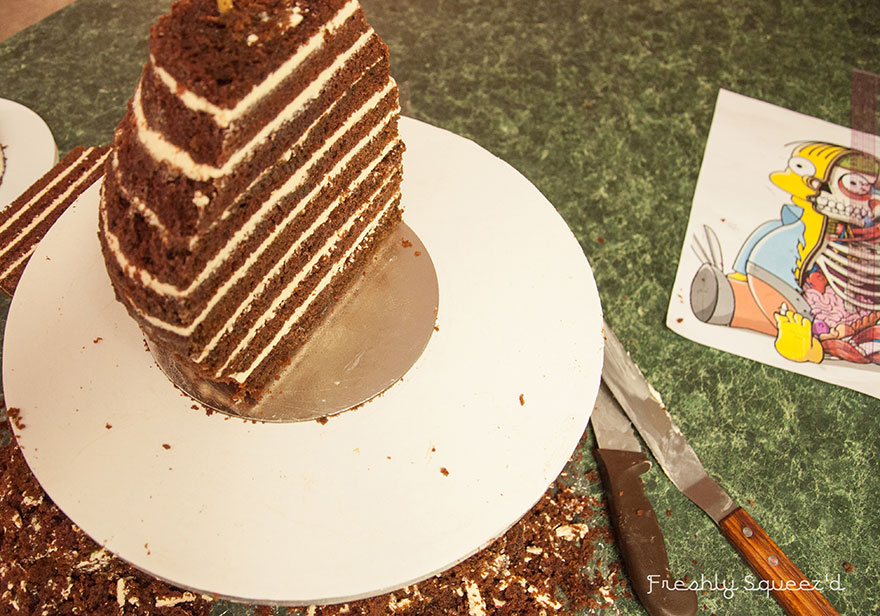 I wanted to carve Ralph’s head out of cake but I knew with the half that hangs over it would be too heavy so I made his head, arm, and foot out of Rice Krispies treats, with the red colouring to make it look like brains. 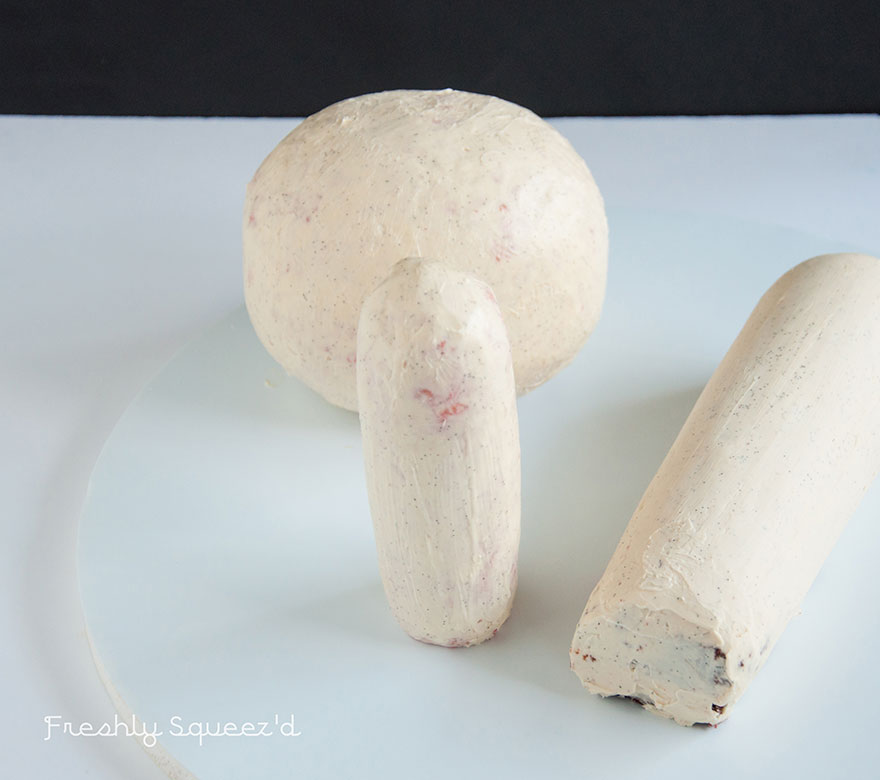 I carved his body and leg out of cake and covered all his parts in buttercream. 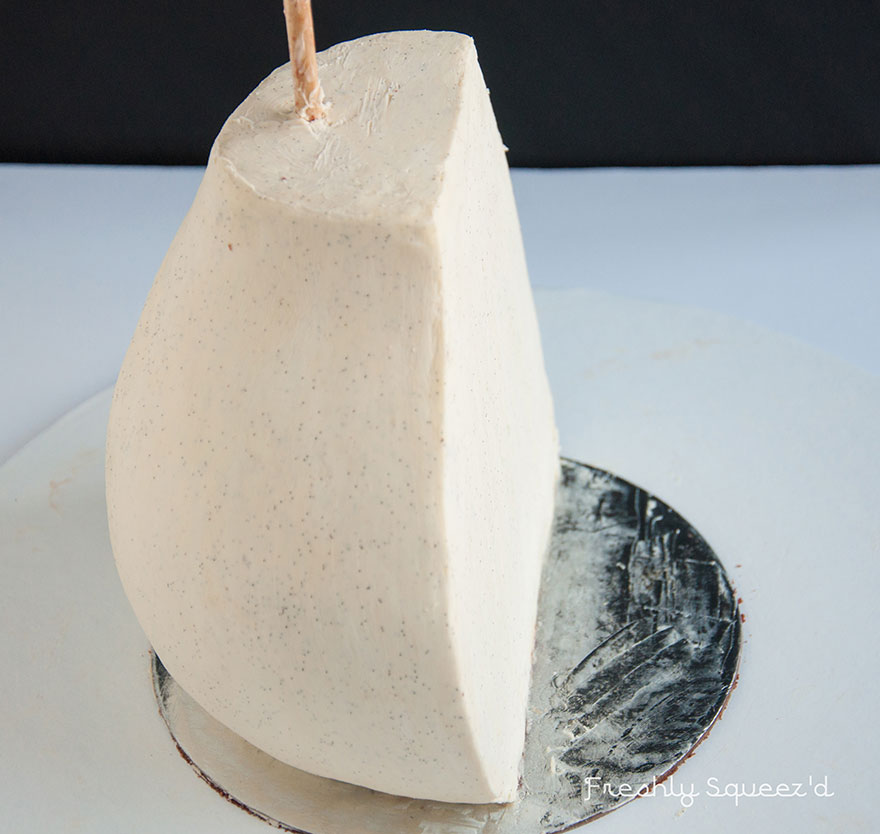 I used one internal dowel in his body and some support straws in the layers. 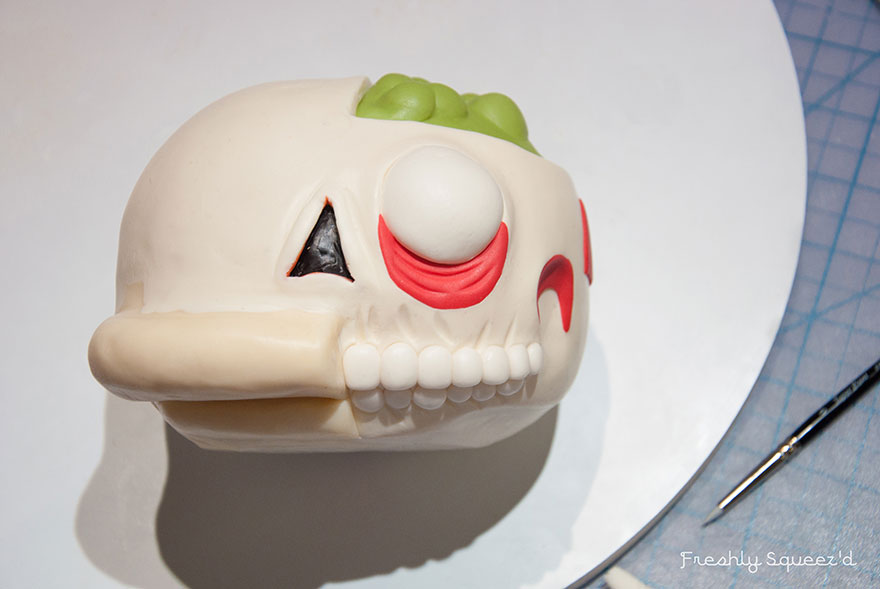 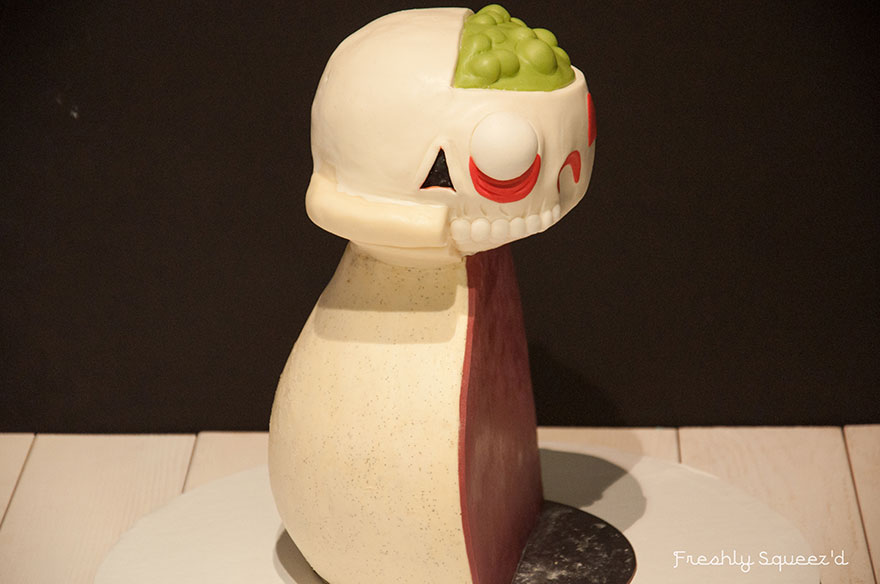 After covering his head in modelling chocolate I started to add some details and then placed his head on his body with a thin cut down cake board underneath. 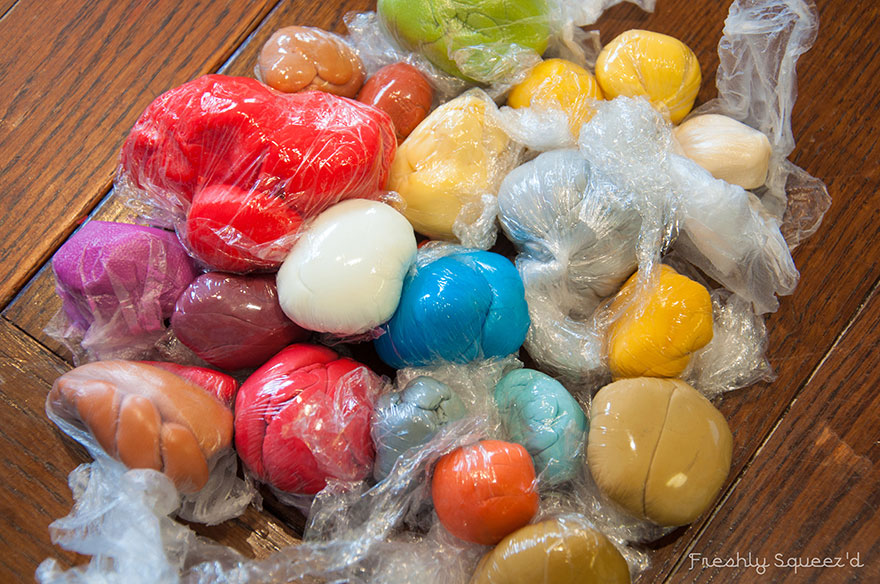 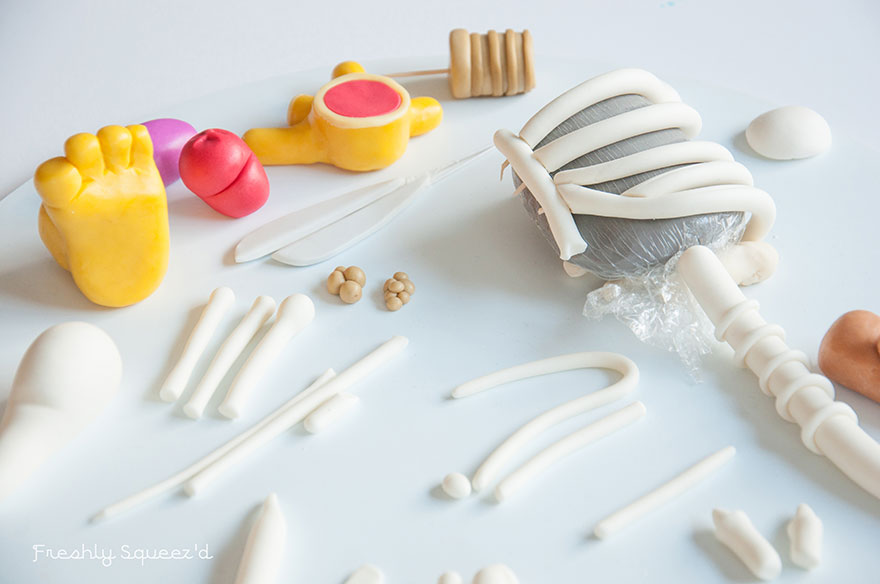 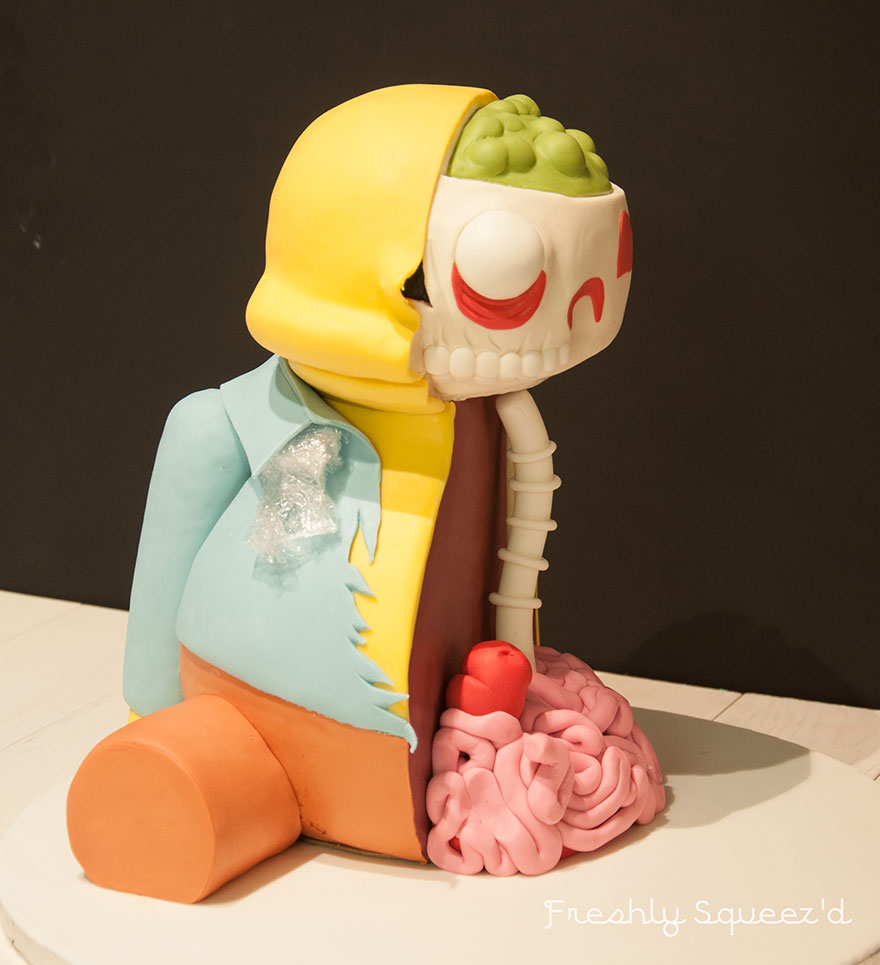 Then I began covering him in fondant and adding his full leg and arm. His head was still so heavy that it was beginning to pull over, so I had to add a support dowel to support his head. There was one more support dowel in the arm to hold everything up. 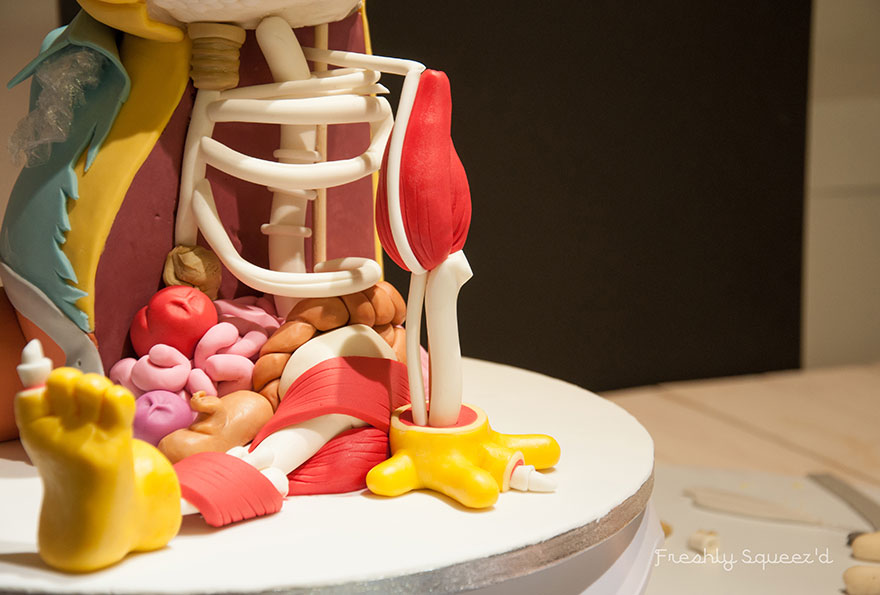 Then the fun part began: adding the intestines, spine, ribs, what I suspect might be a gallbladder and spleen or maybe a kidney. 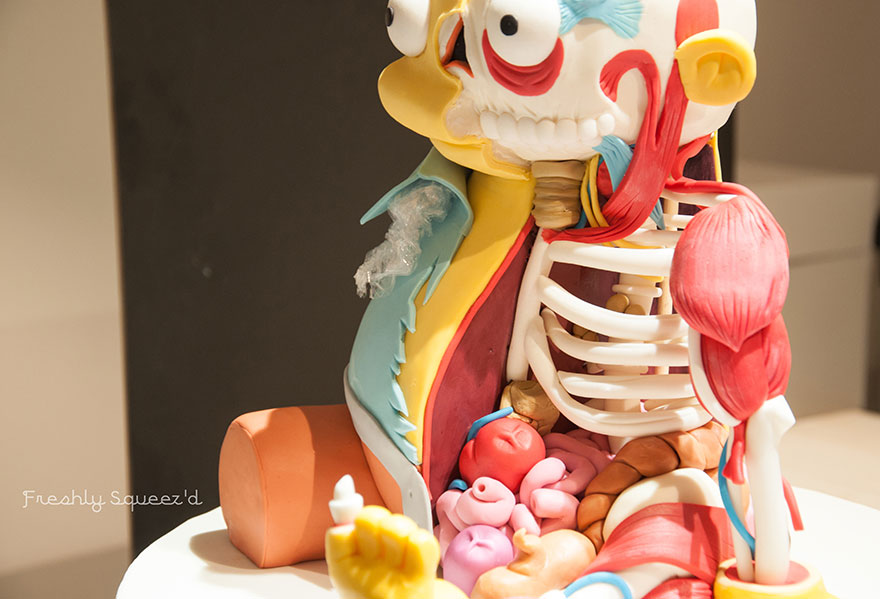 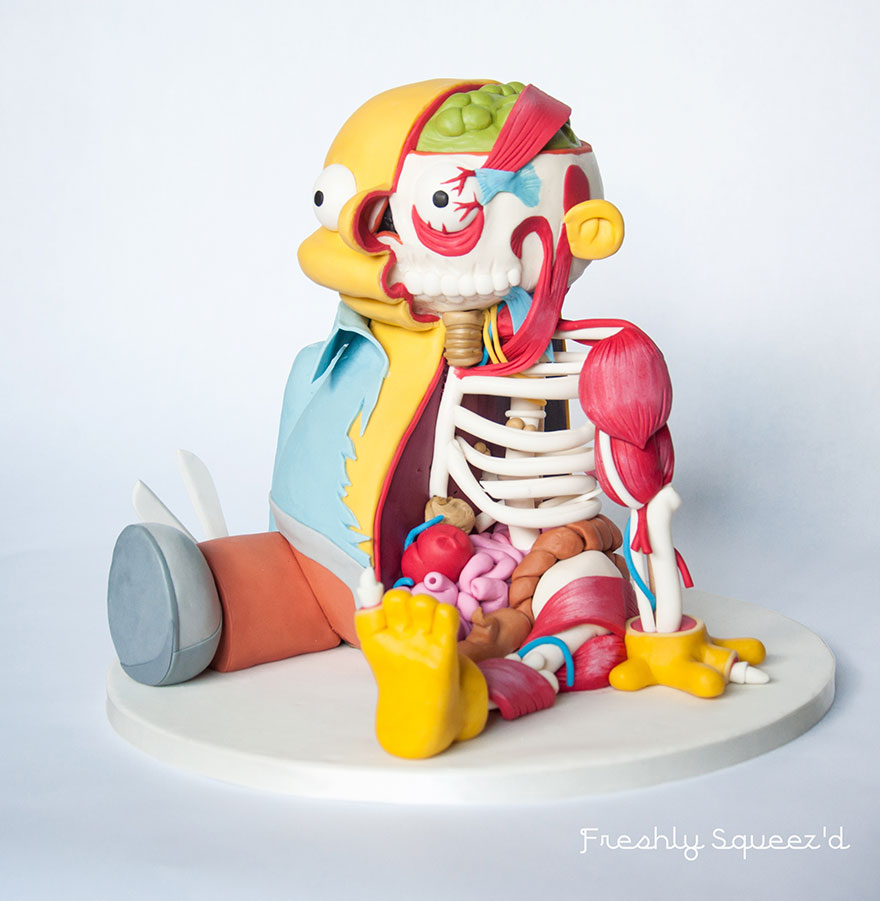 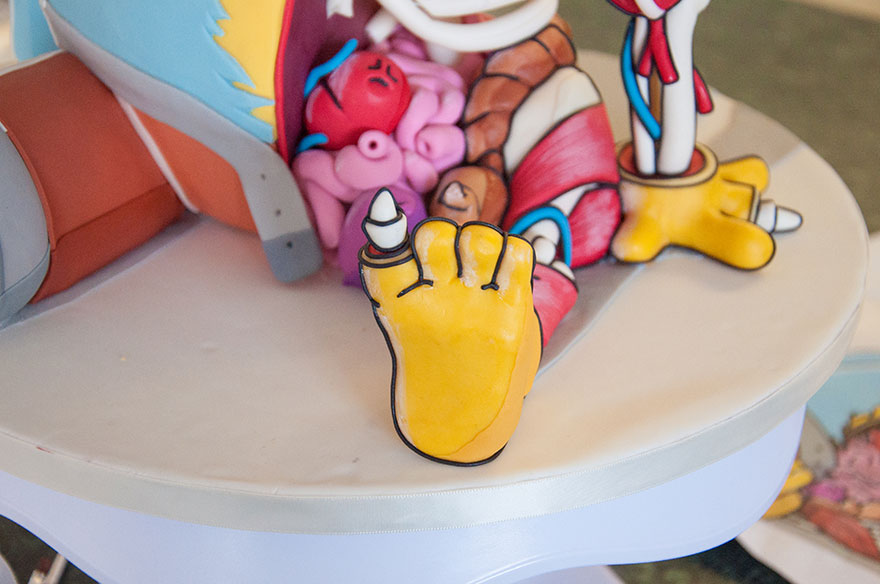 I think it would have been easier to add the black lines as I went along but it worked out in the end, just with a little more patience and a lot more coffee. While I was doing this I also removed all his lower teeth and added to his lower jaw to bring it out and put his teeth back on. 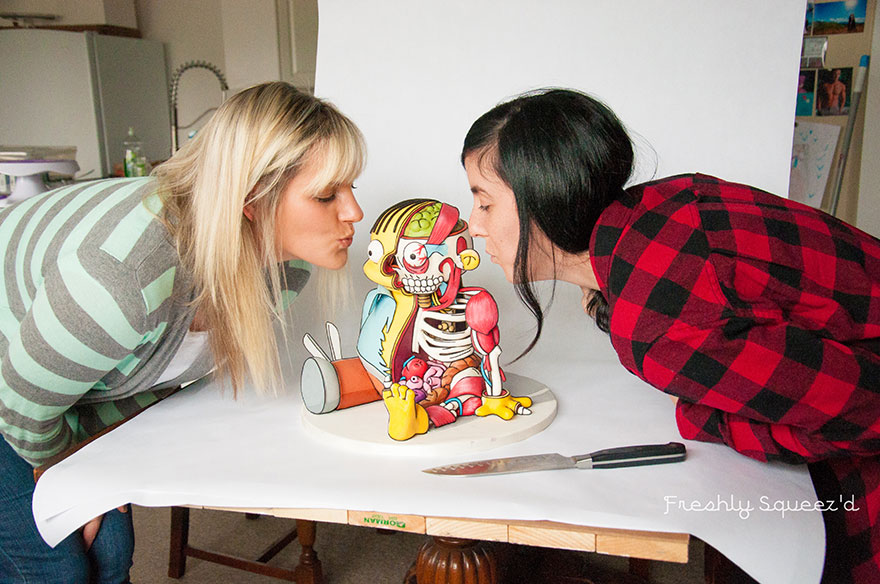 My roommate and I gave Ralph some love before we cut into him and mowed down. 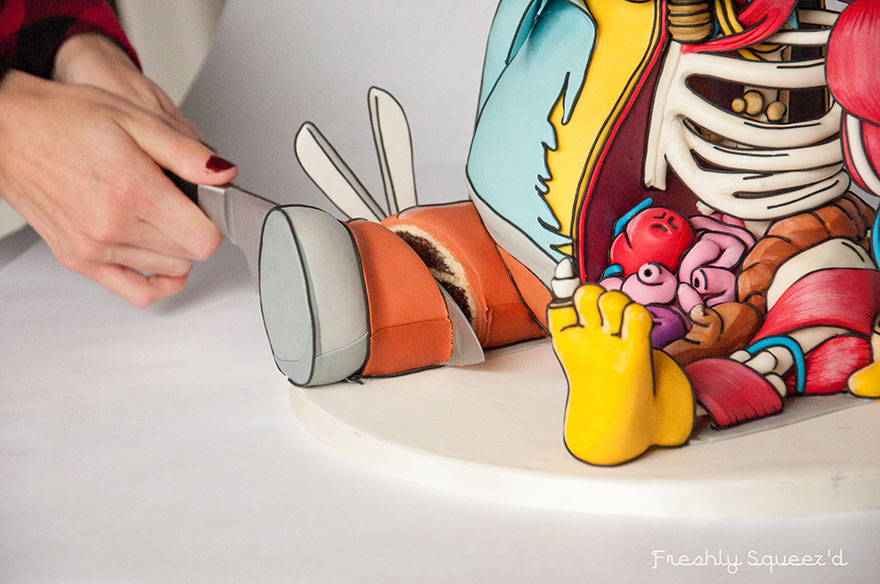 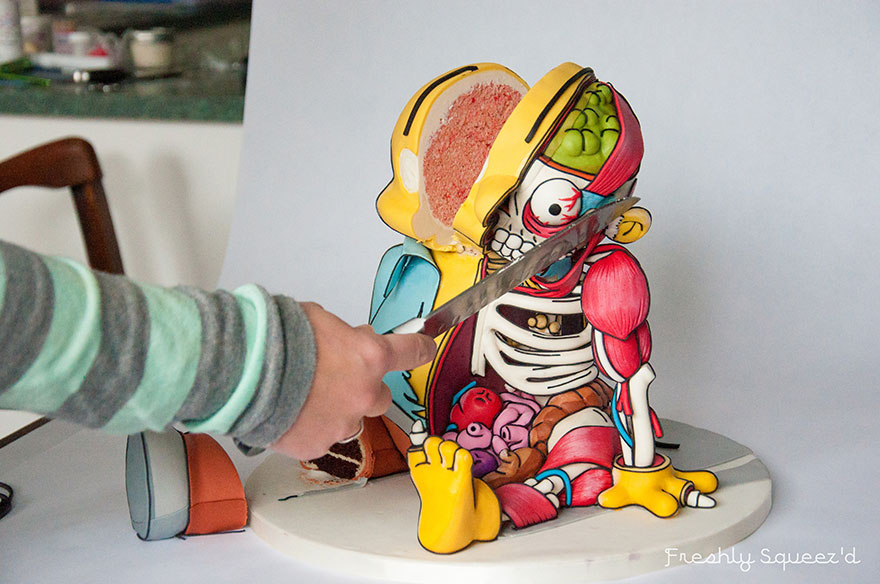 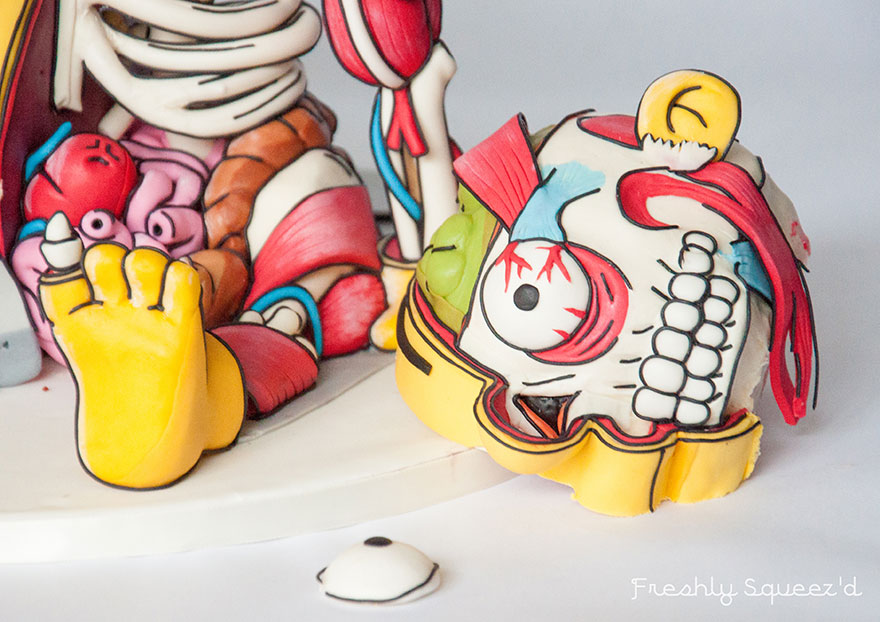 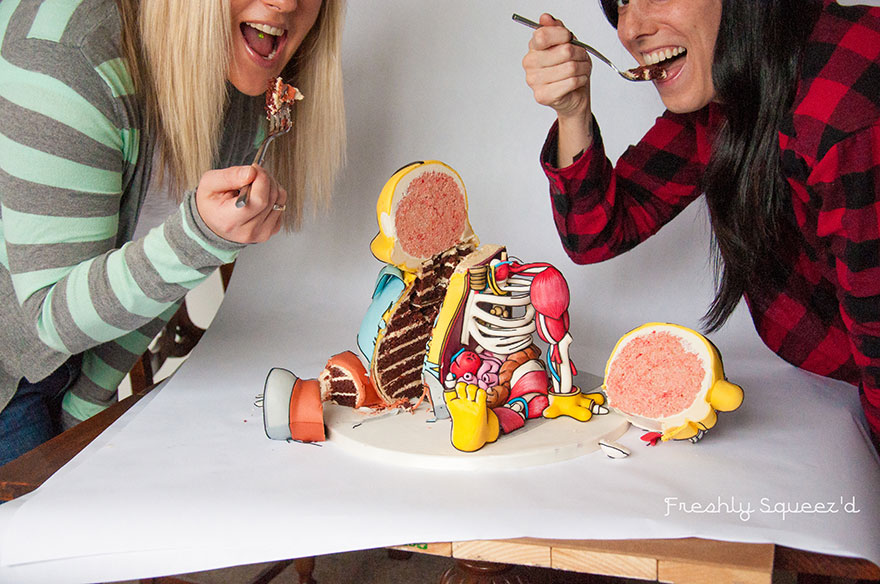 He was pretty dang delicious. He took way longer then I planned, about 5 days, but it was fun and definitely let me exercise my cake and modelling skills.