To commemorate the Queen Mary 2’s 10th anniversary, Captain Kevin Oprey posed for an epic series of photos with his cruise ship. The Cunard liner measures 72m (236ft) from keel to funnel.

It was photographer James Morgan’s idea to place the 61-year-old on the liner’s bulbous bow for the photoshoot, just beneath the soaring hull.

The result is a series of captivating images that are destined to go viral on the web. 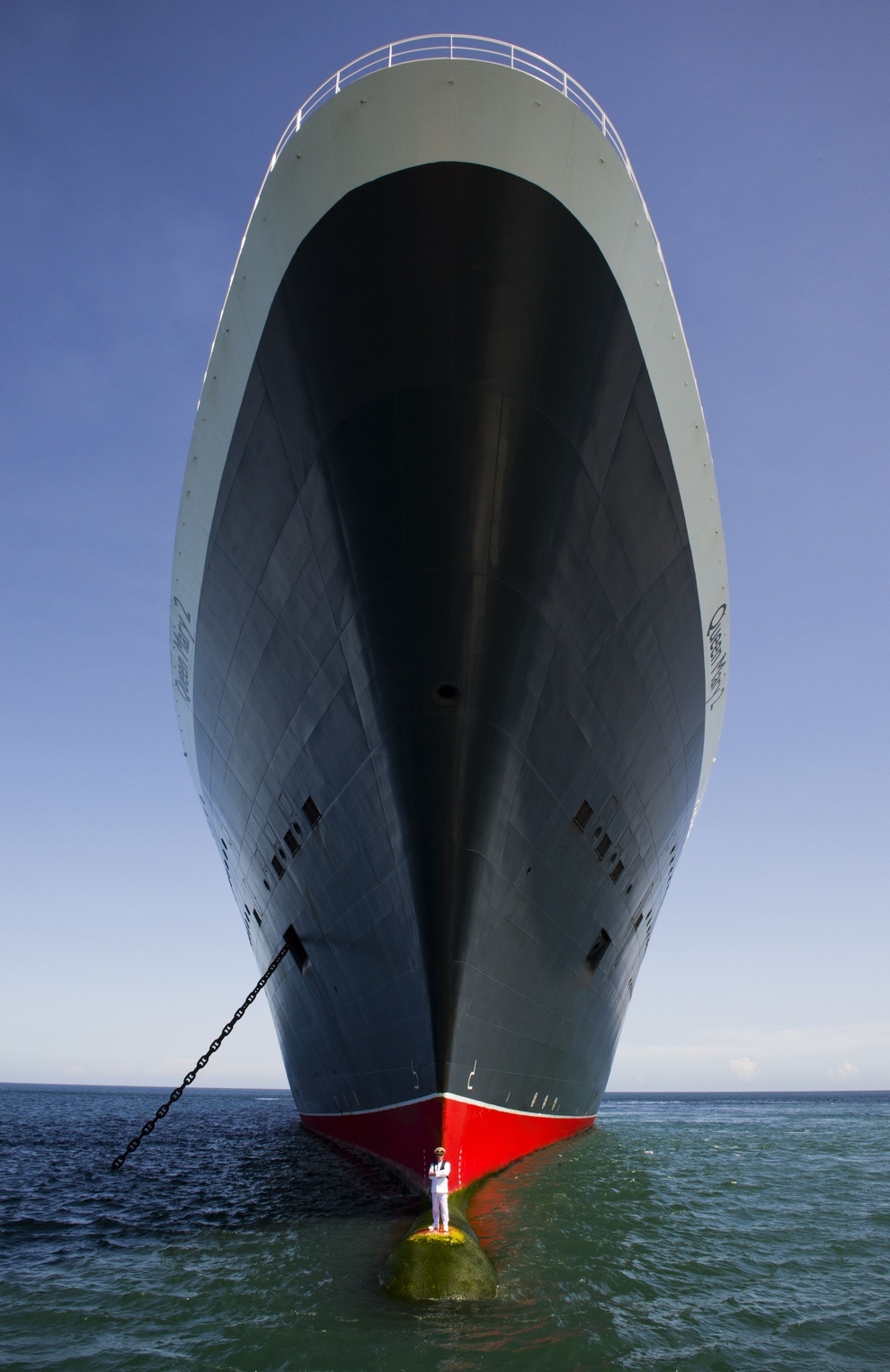 The shoot took place at a port off the coast of Bali with two safety boats positioned nearby just in case.

‘At first they thought I was joking when I told them what I wanted to do but that just made the challenge even more exciting.’

‘It is one of the most epic shoots I have ever done.’ 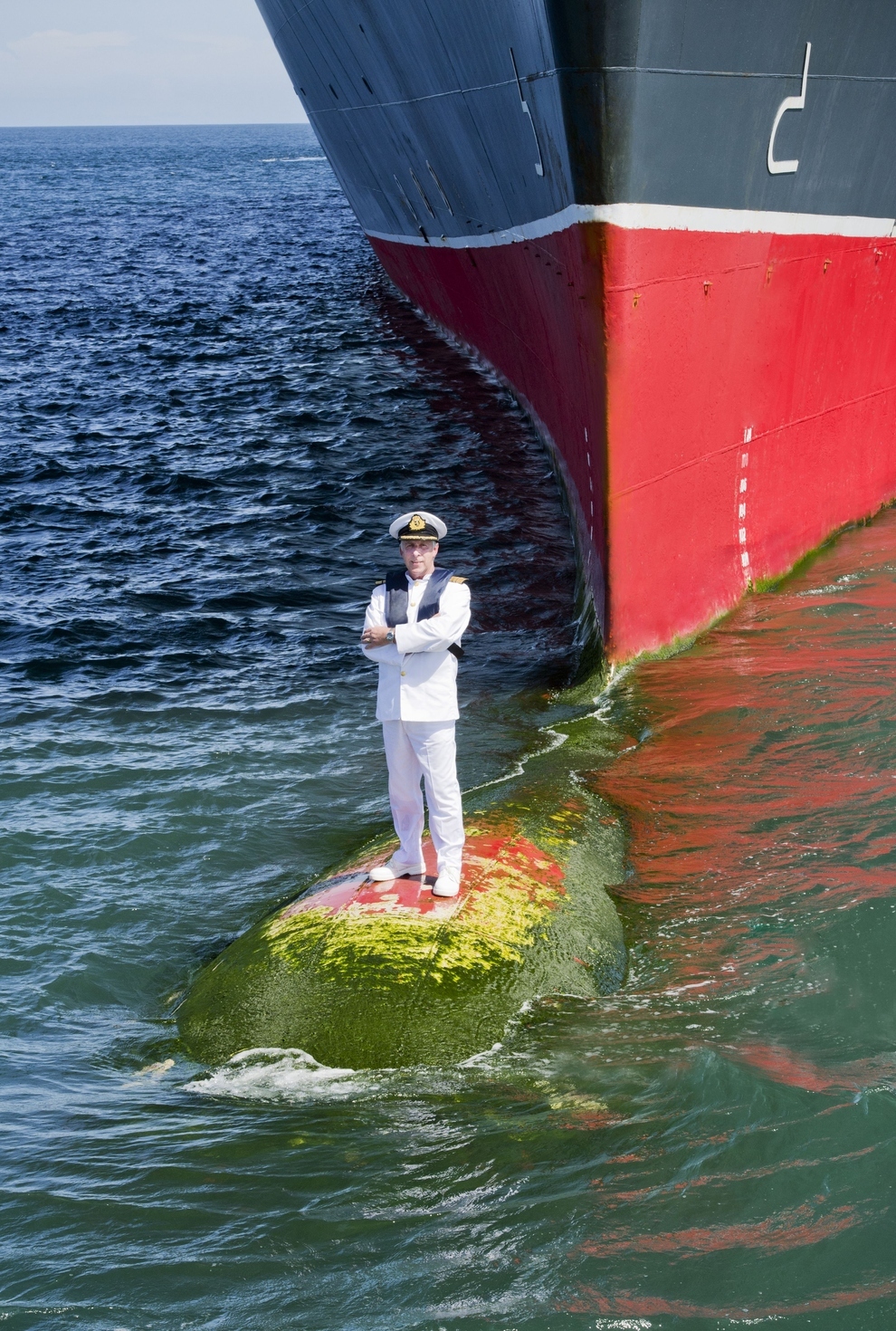 The Queen Mary 2 is currently on a round the world voyage and is set to dock in Sydney on March 14.