It’s a morbid question, but it probably has come across your mind at least once: If you had just one day left on earth, what would your last meal be?

Henry Hargreaves photographed what death row prisoners in America requested as their last meal in his “No Seconds” series. Take a look.

1. “When I first came across all the requests, I found it to be such a fascinating insight into the minds of these soon-to-be executed individuals.” 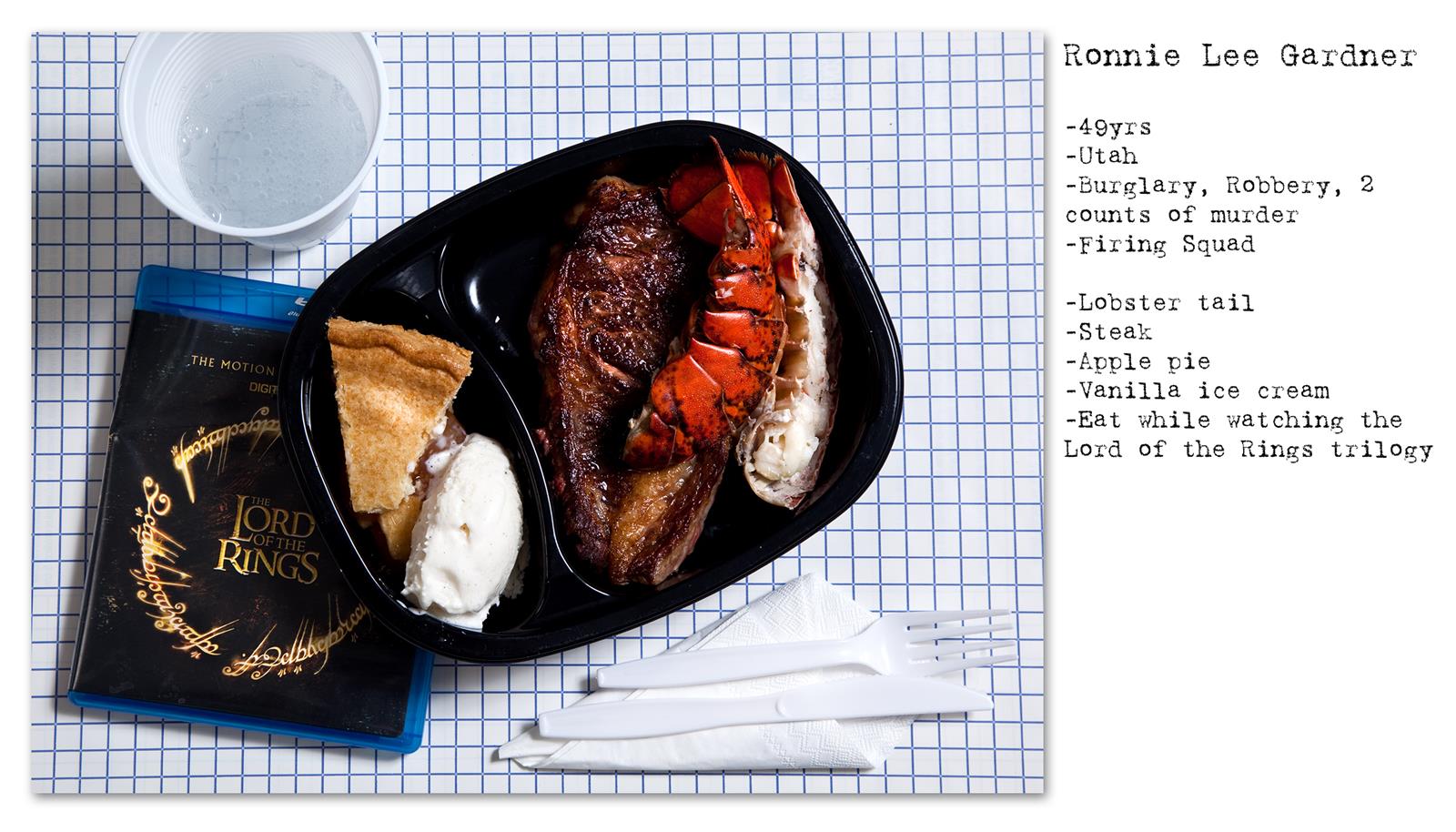 2. “As I read the requests, I began to imagine these prisoners as people and not just numbers. The story became much more real in my mind and I wanted to represent this visually.” 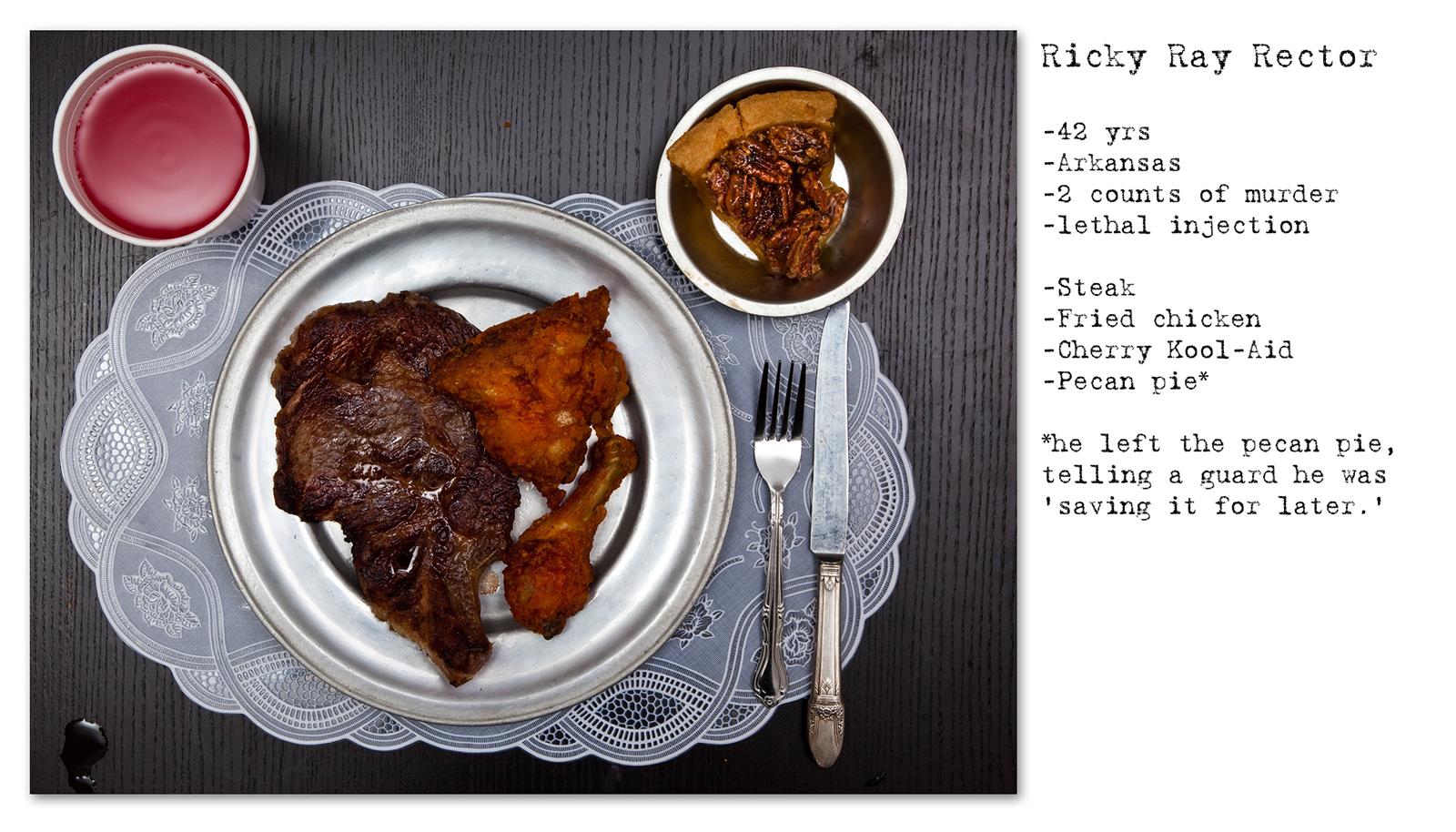 3. “Our culinary choices often say something about us that we sometimes cannot articulate easily. One of the trends with last meals was the amount of fried or comfort food.” 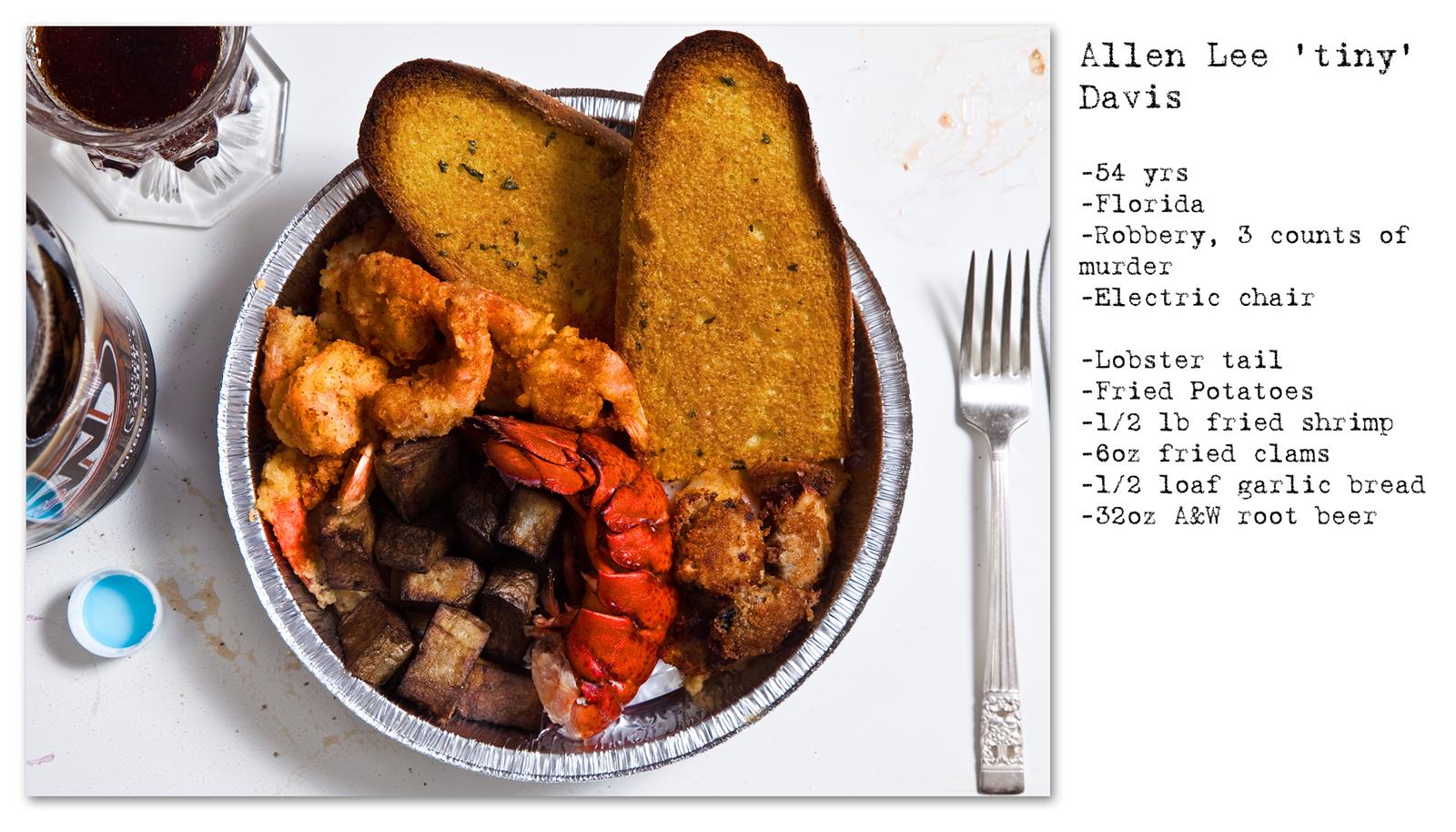 The triple murder Allen Lee “Tiny” Davis met a gruesome end in the electric chair. The nickname was obviously an ironic one, as he weighed 350 pounds at the time of his execution, which he certainly didn’t try to cut back on in his final moments.

4. “To try to find a little comfort from these last bites is an interesting glimpse into their mind.” 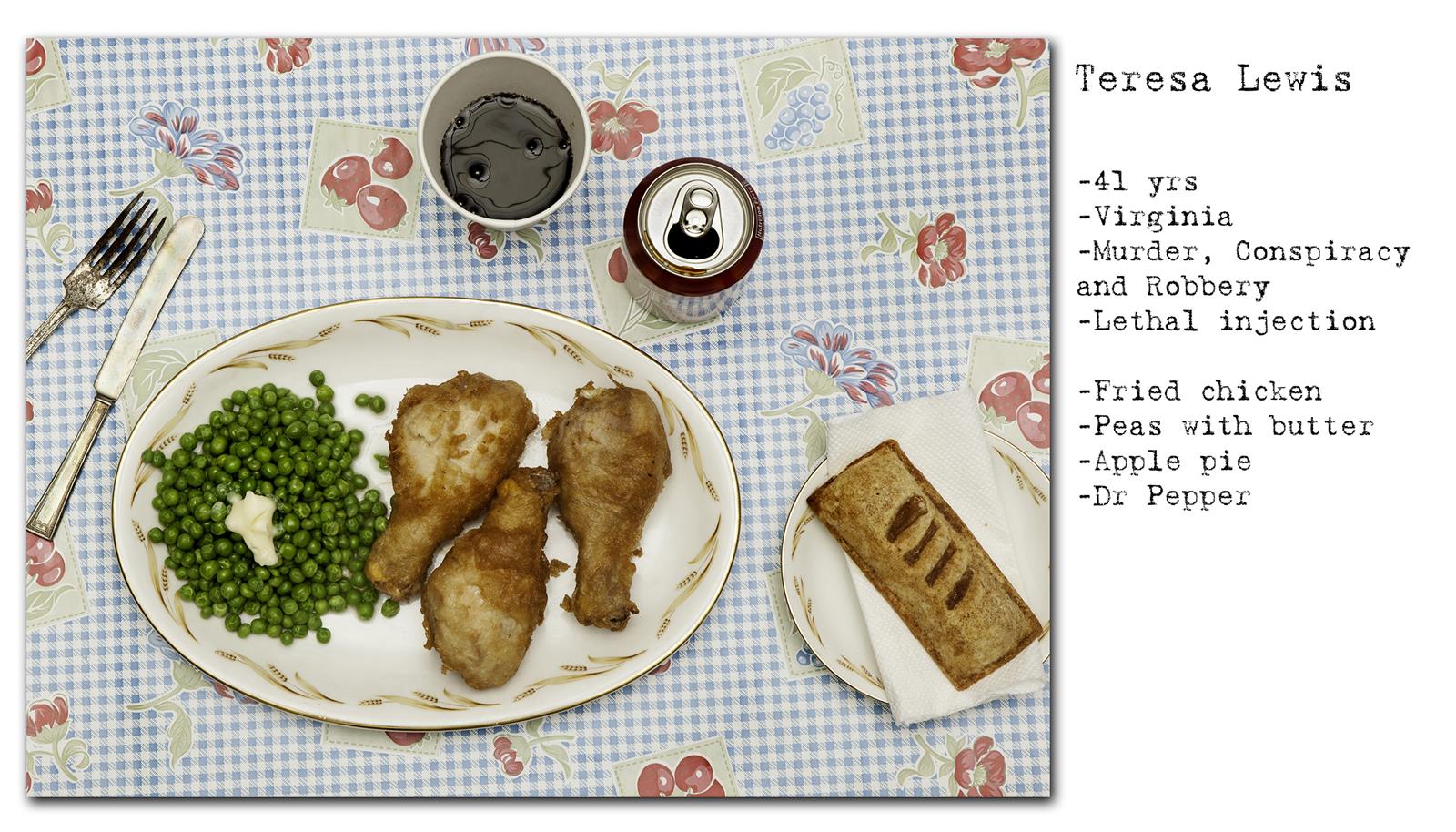 5. “I’m not trying to push my political beliefs on the viewer. My main goal was to have the viewer identify with the prisoner though their meal request.” 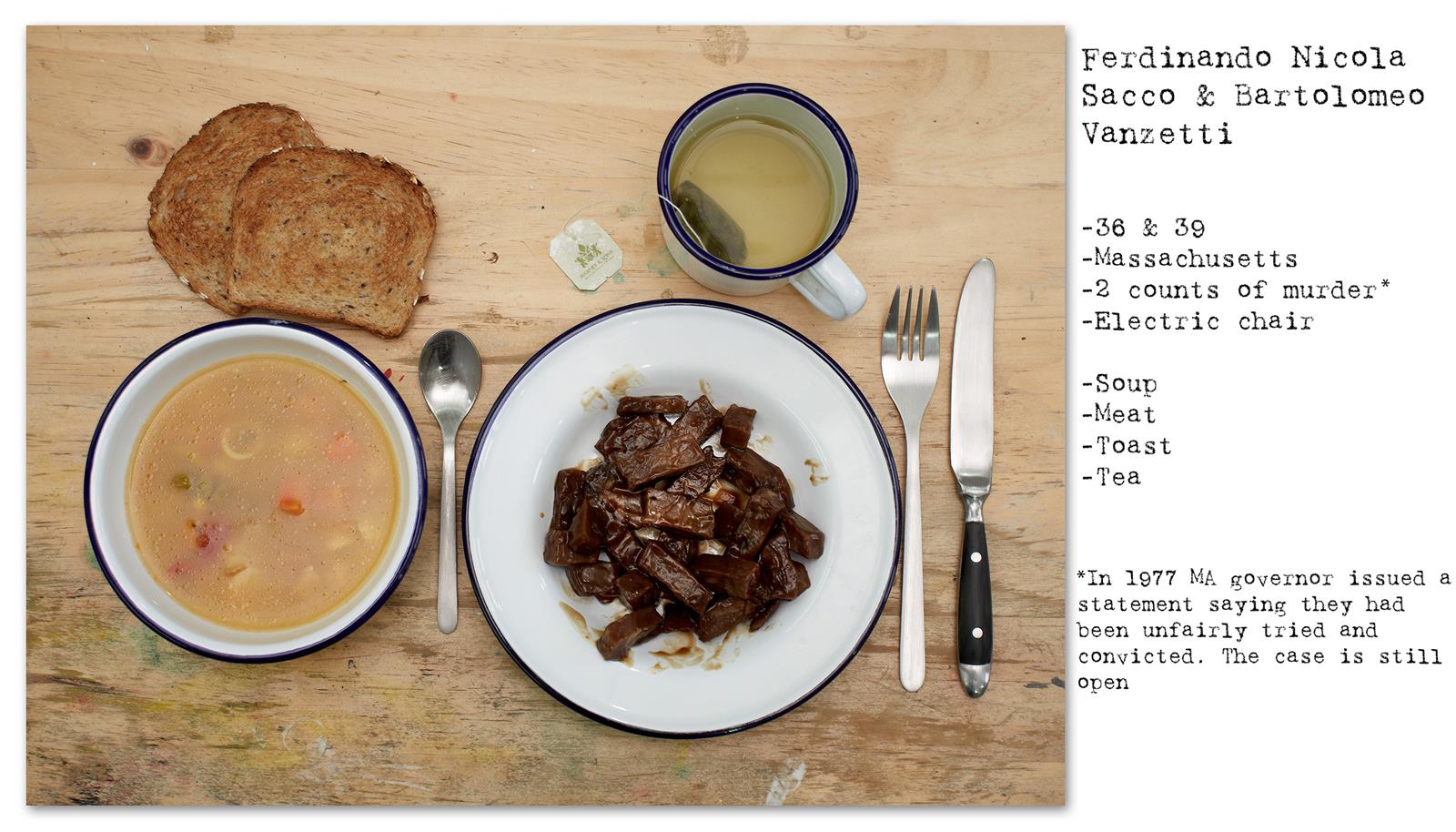 6. “I wanted the viewer to think of them as a person for a moment instead of them being anonymous.” 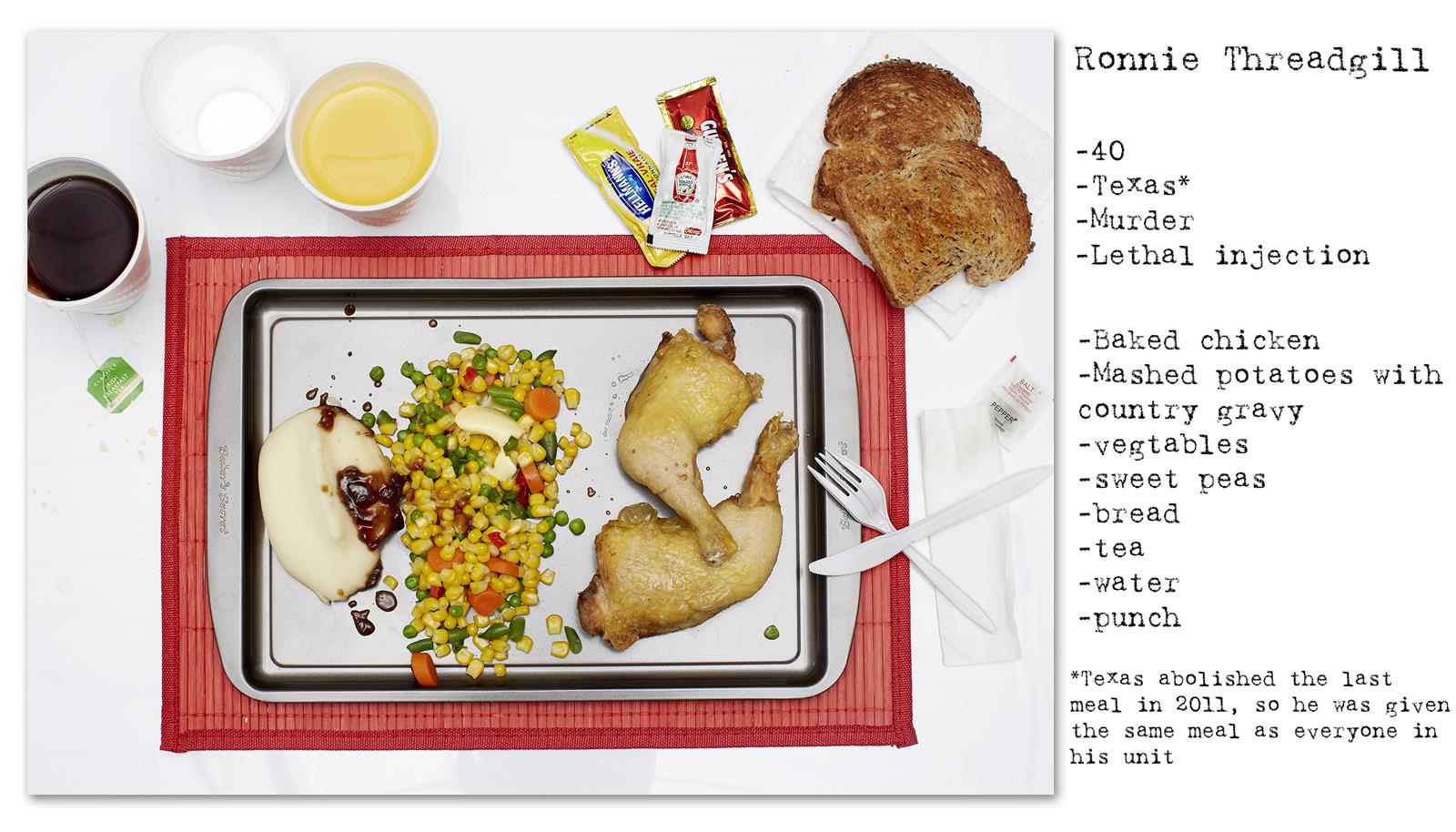 7. “Nor am I trying to make a judgment about the crime.” 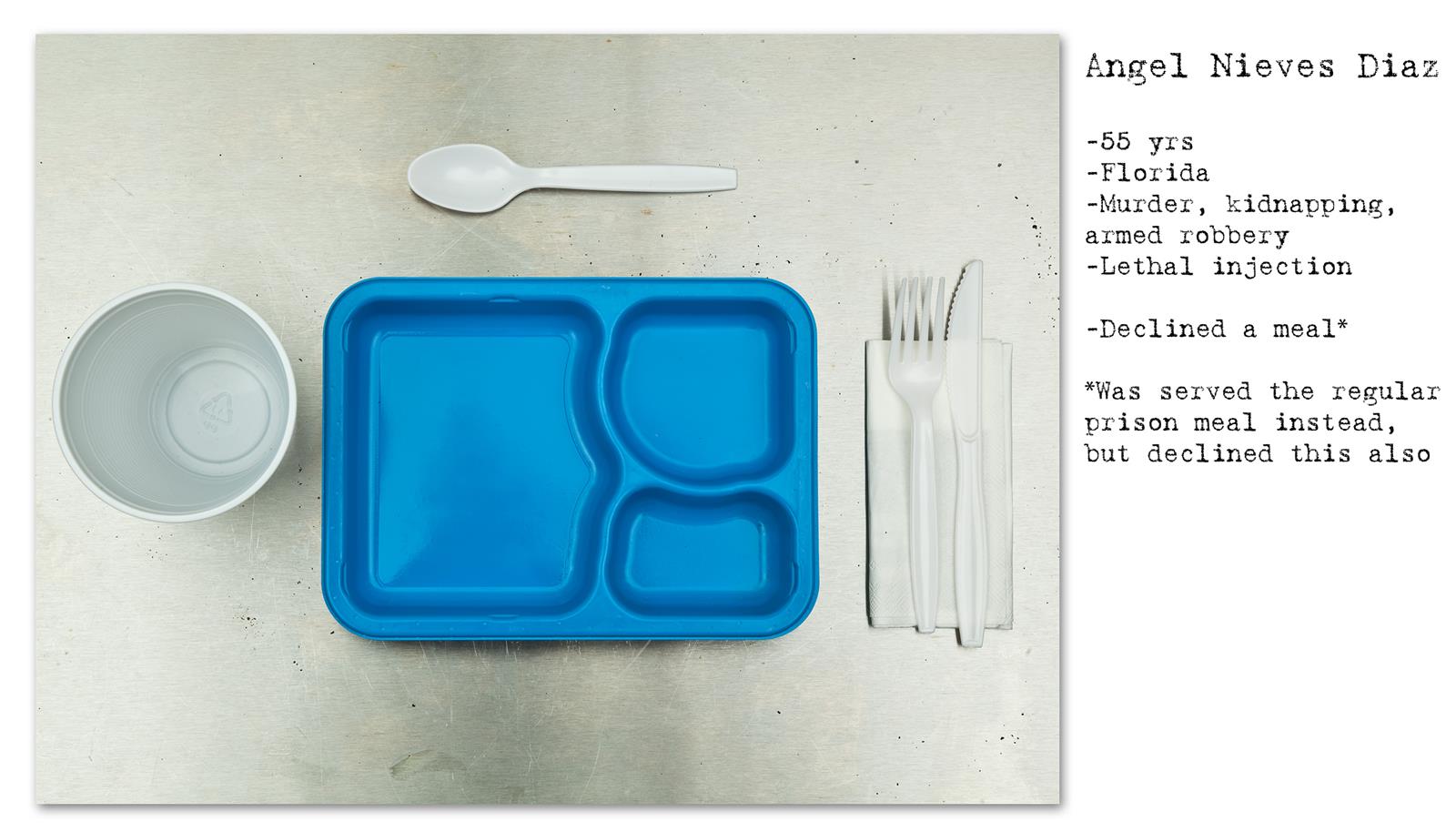 8. “The viewer can make up their own mind as to whether they agree with the punishment or not.” 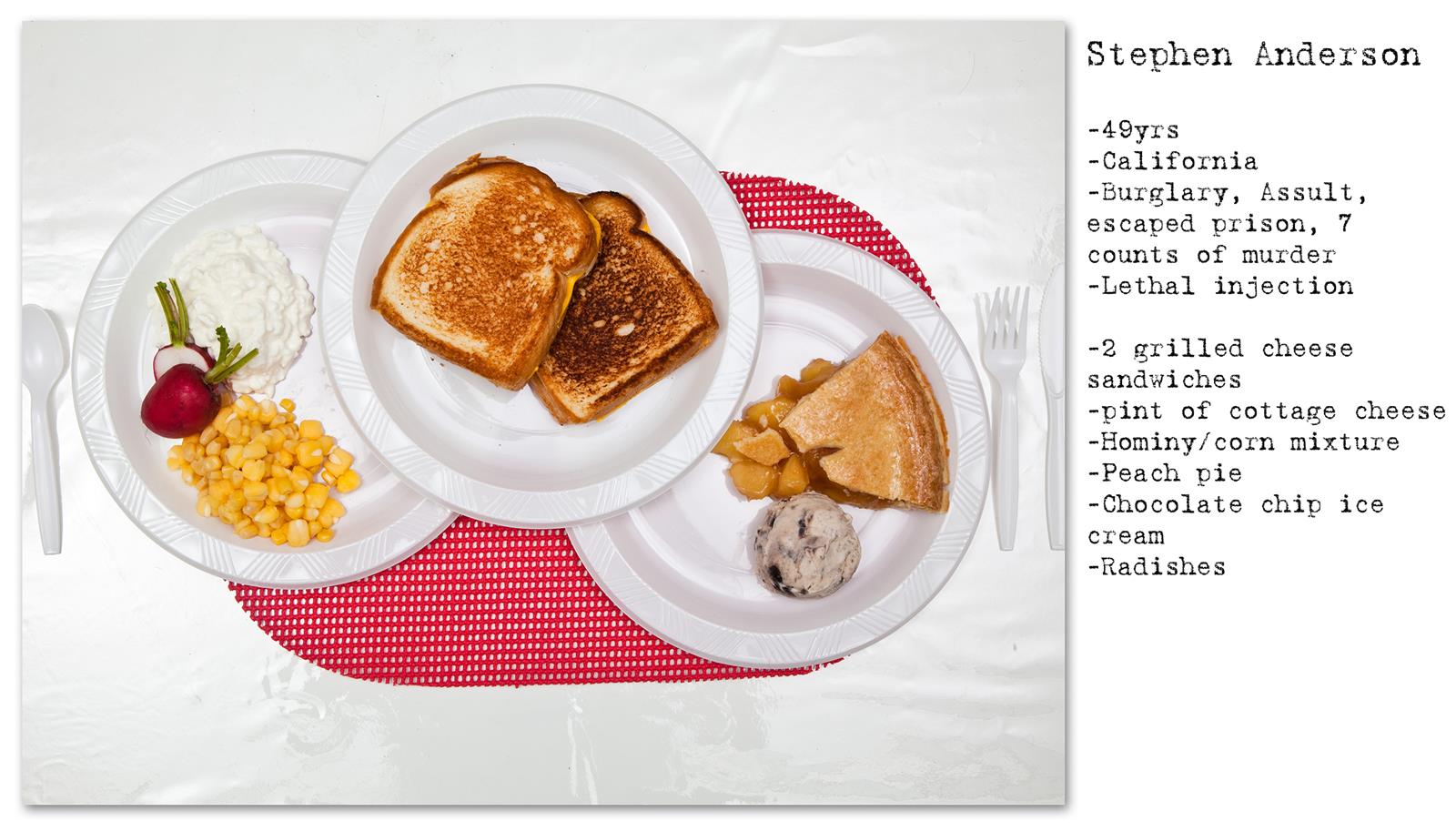 9. Henry says: “I think the religious angle poses a big juxtaposition. Most of the states that continue to practice the death penalty are in the American ‘Bible Belt’ and the Bible preaches forgiveness, whereas this penalty stands in total contrast to this belief.” 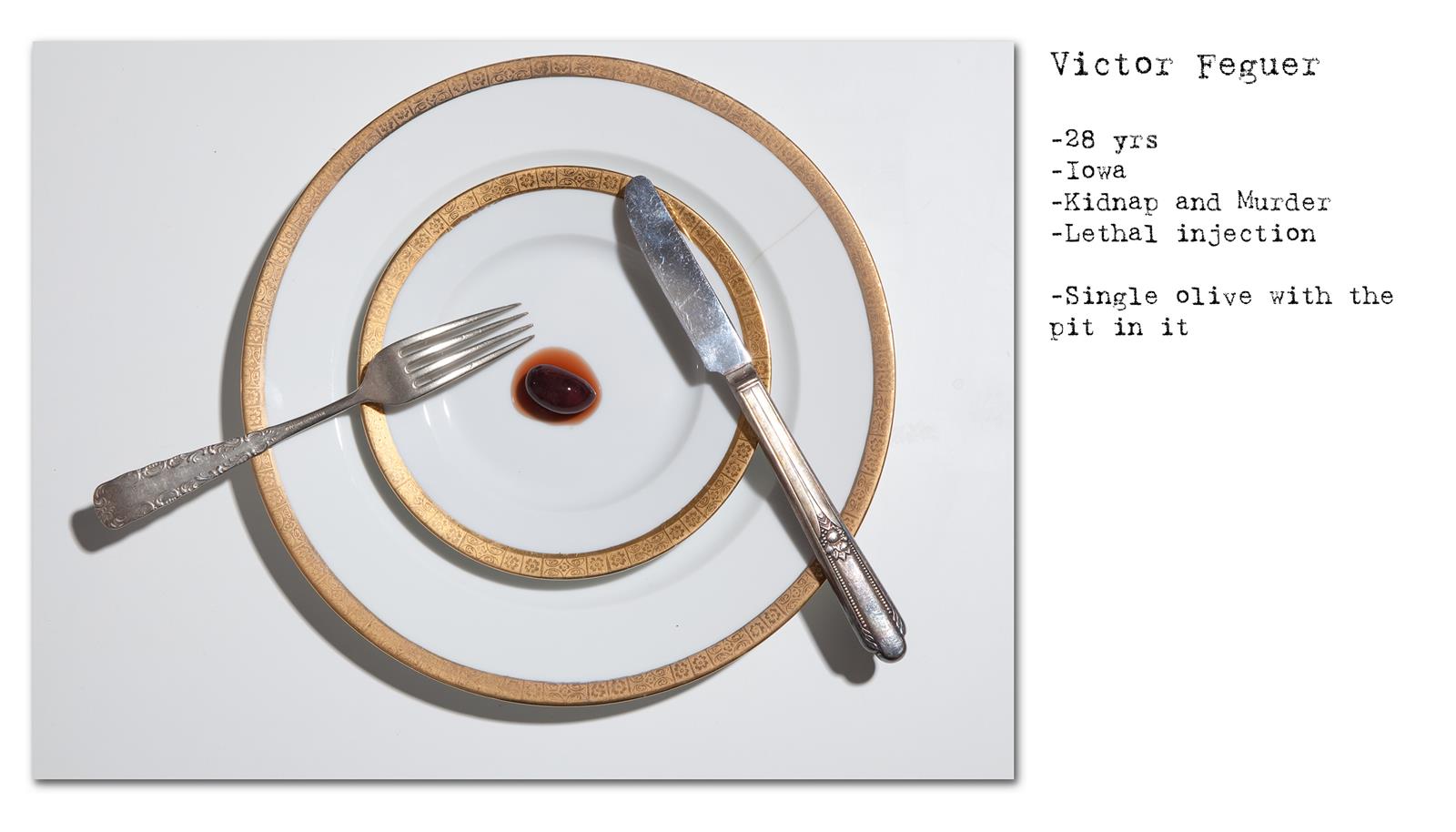 Victor Feguer, who was hanged in 1963 for kidnap and murder, asked for a single olive. He reportedly thought it might grow into an olive tree from inside his body and hoped it would make use of him as a symbol of peace. 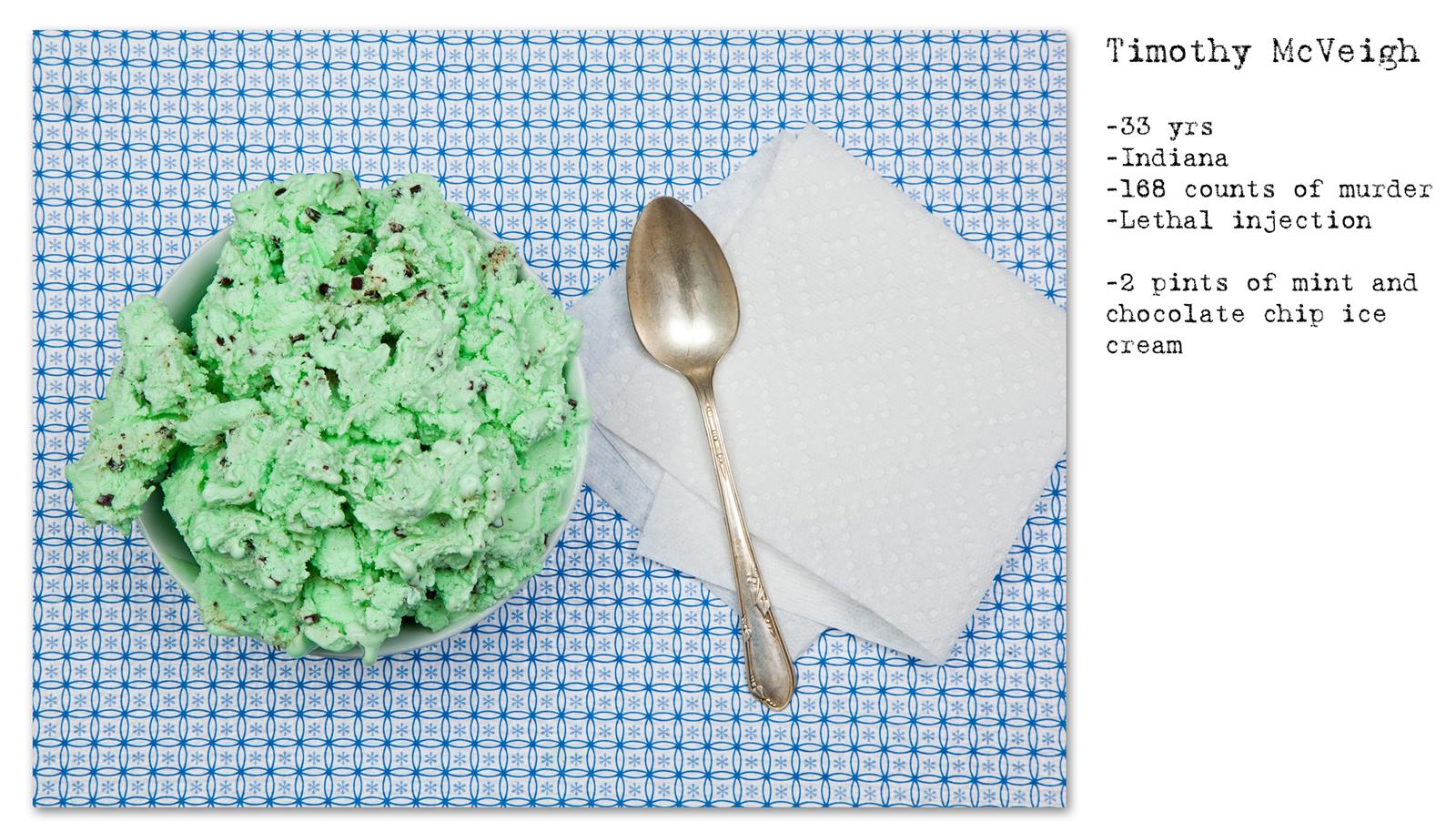 Known as the Oklahoma City Bomber, Timothy McVeigh’s final request was a dessert more than a meal.

11. Henry says: “As much as I think it’s a strange ritual, I think it’s worse to have reversed this age-old ritual. I’m sure there was more money spent in creating the legislation than will be saved.” 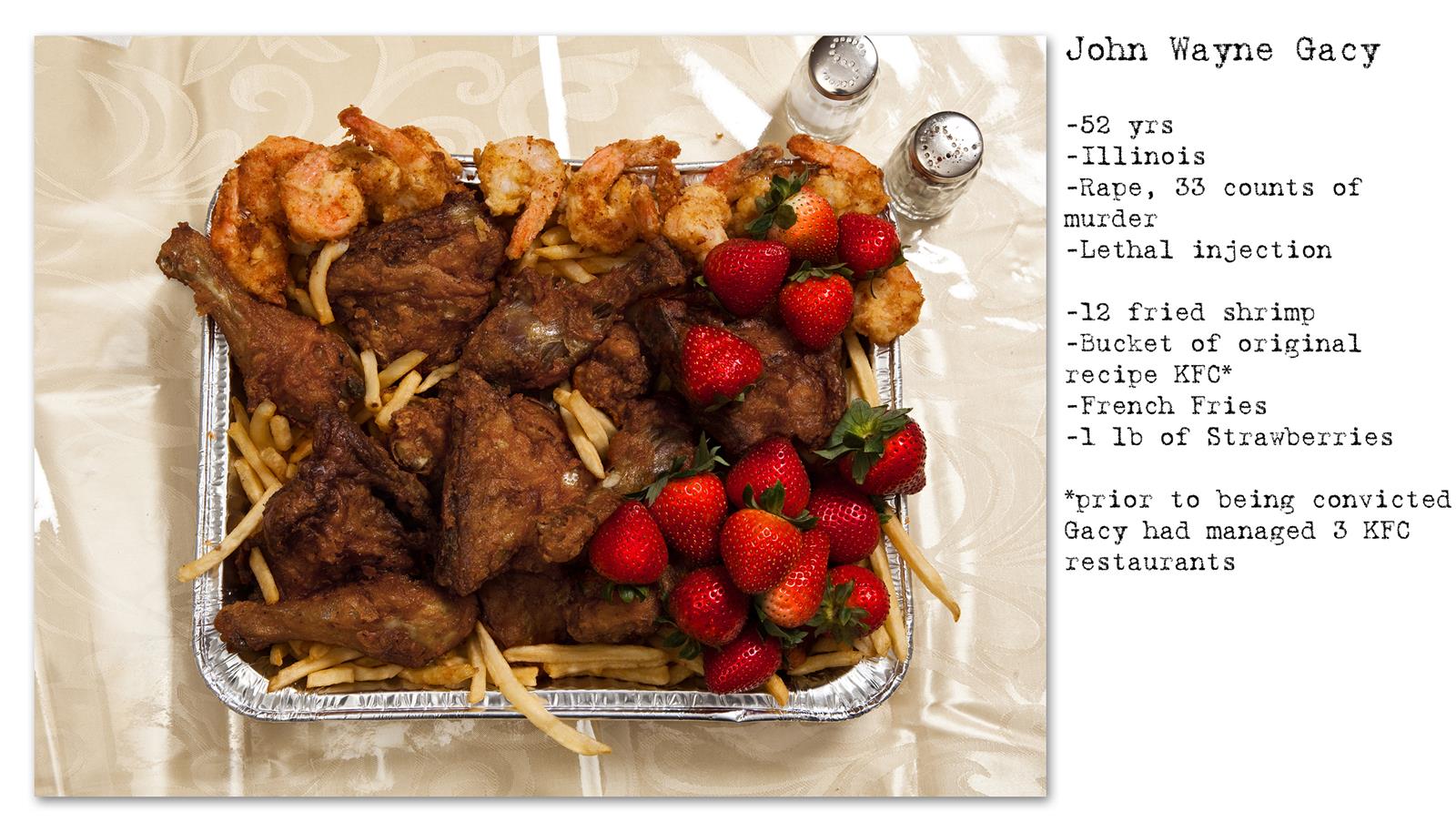 Also known as the Killer Clown, John Wayne Gacy was found guilty of committing over 30 murders and sexual crimes. When he was finally apprehended, the seemingly upstanding citizen was caught with multiple bodies buried at his property.

12. “I think it’s a subject that people can relate to and are curious about. We all eat and we will all die.” 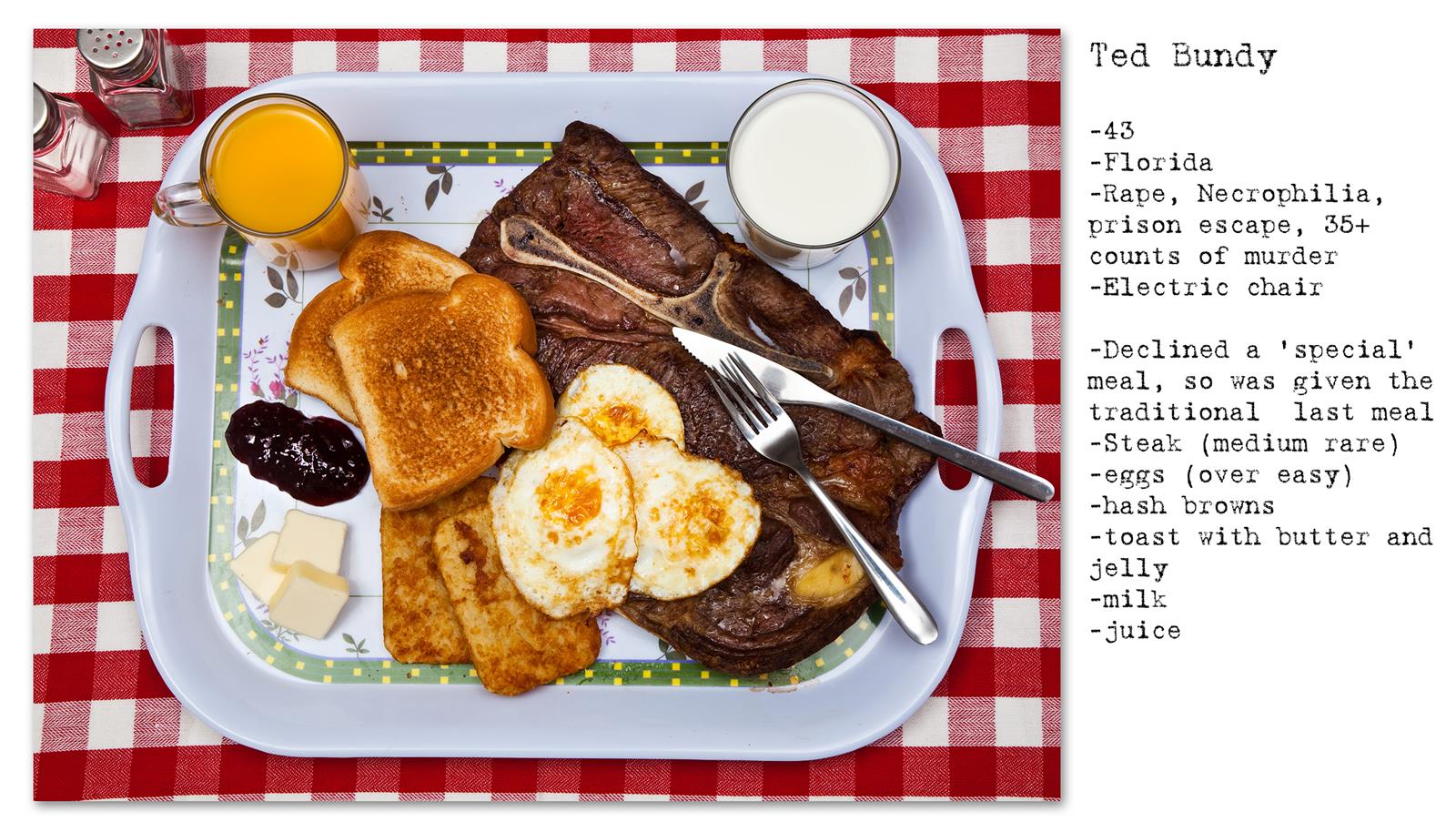 After committing an alarming amount of depraved and deplorable crimes, Ted Bundy had no remorse or an appetite during his final days. He actually declined a specific last meal and was fed the standard final meal.