Can You Spot The Hidden Mickey Mouse In These Popular Disney Films?

It’s a Disney tradition that has been secretly carried out for decades; never publicly acknowledged and is now a near obsession for fans: Finding hidden Mickeys.

Animators and theme park designers have long been incorporating hidden Mickeys into their work, giving fans the chance to try and spot the iconic mouse surreptitiously planted in the background of modern movies and ride designs.

The practice is now so widespread that finding Mickey is considered a sport among Disney lovers with entire websites set up to document the hidden icon.

Usually they consist of three circles drawn to represent Mickey’s head and ears but can even go as far as planting Mickey, Goofy et al in a crowd scene.

Can you spot the hidden Mickeys in our favorite Disney films below? Try finding them before scrolling all the way to the end for the reveal.

Snow White and the Seven Dwarfs 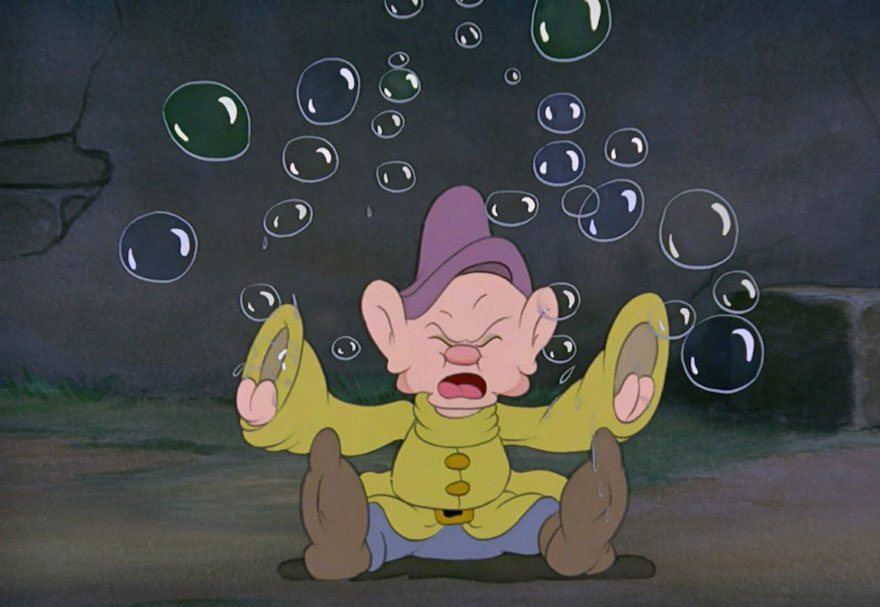 Okay, so we know this shot of Dopey is kind of silly, but we spotted one of the first hidden Mickeys ever! 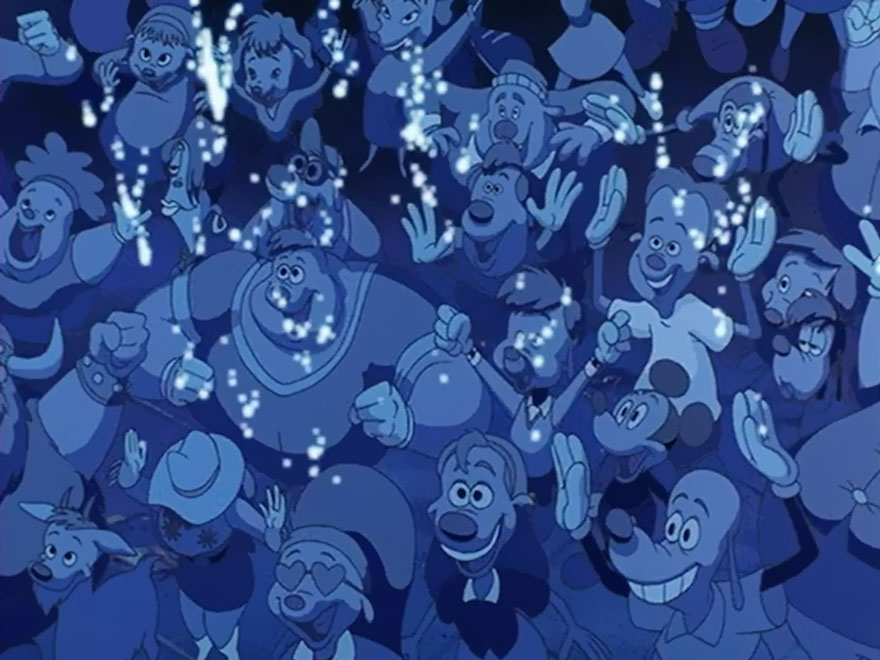 Oh, how we wish we could attend a Powerline concert. But, do you know who was there?

Before you head to Mr. Litwak’s for game of Sugar Rush, you might spy a familiar face above the arcade.

Beauty and the Beast 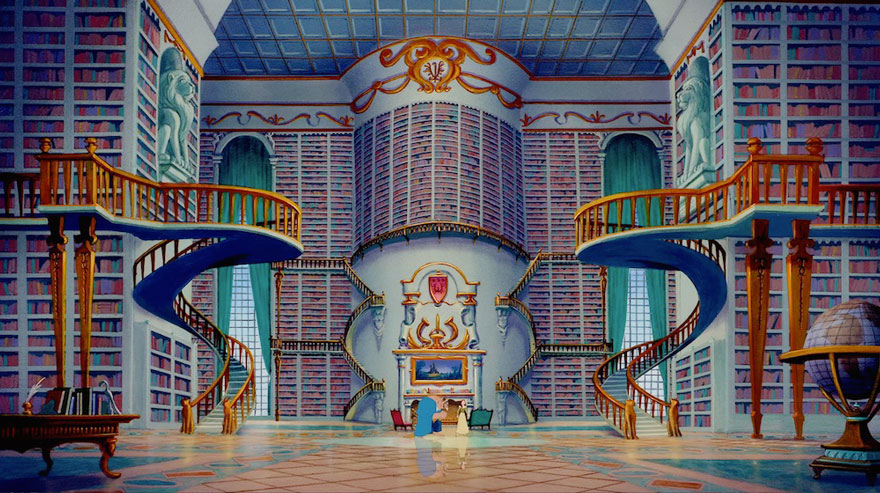 As if the library wasn’t already our favorite thing ever, it also has a hidden Mickey. 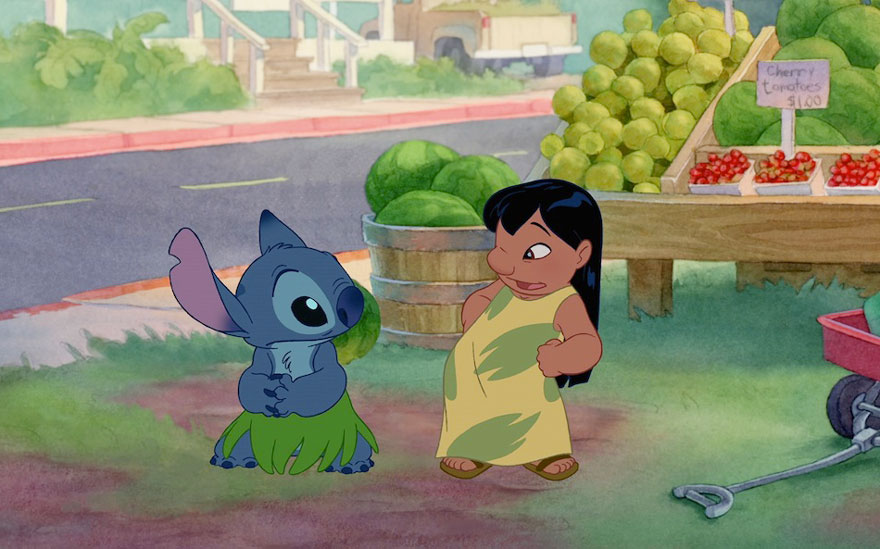 When Lilo tries to teach Stitch to be a model citizen (like Elvis Presley), we spotted some familiar circles in the background. 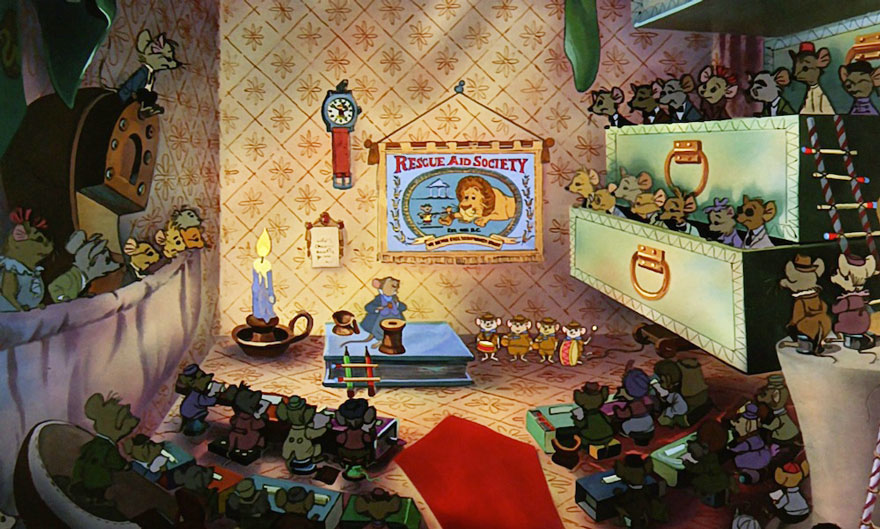 In a pinch, in a bind, guess what the Rescue Aid Society relies on to be on time? 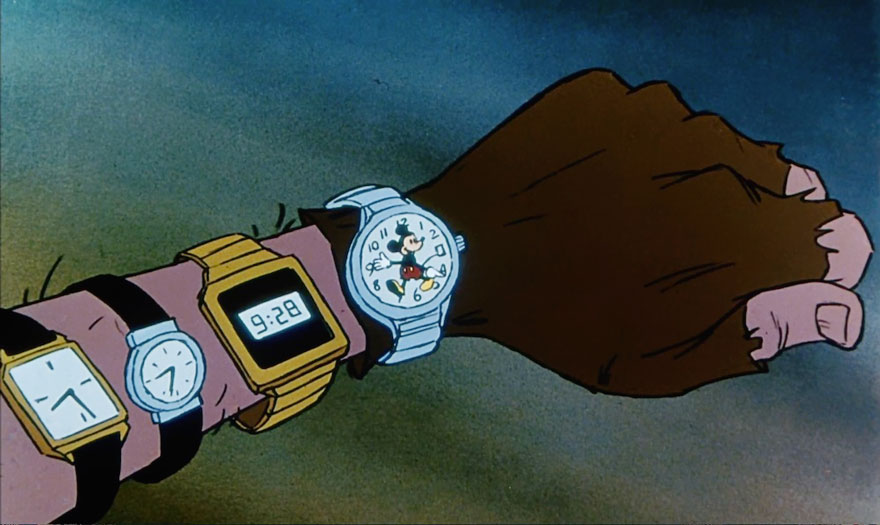 You know where else you can spot a Mickey watch? Fagin sports one in Oliver & Company. 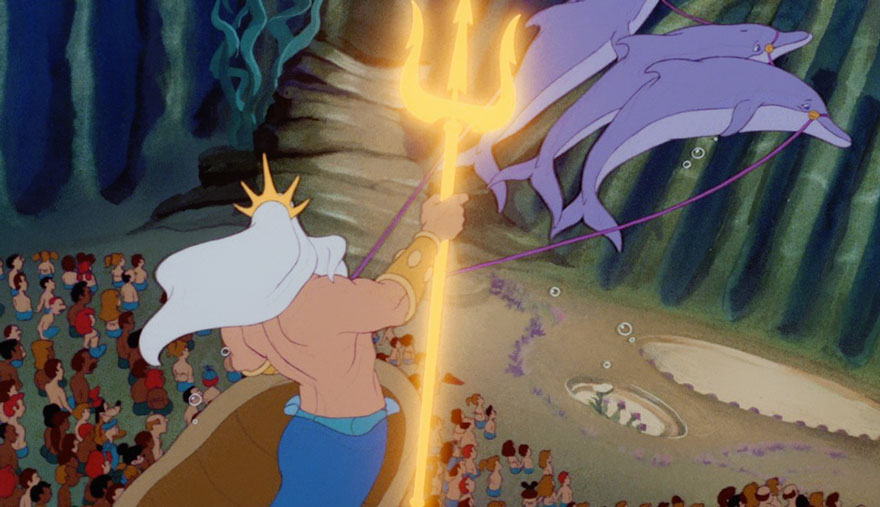 When King Triton arrives at the concert in the beginning of The Little Mermaid, we spotted a few familiar faces. 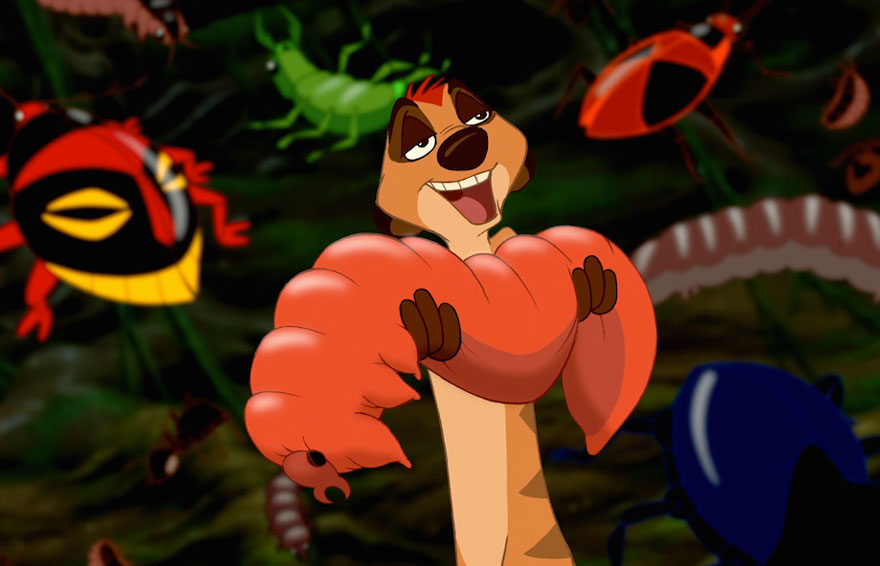 This looks like the perfect place to rustle up some grubs… and a hidden Mickey too! 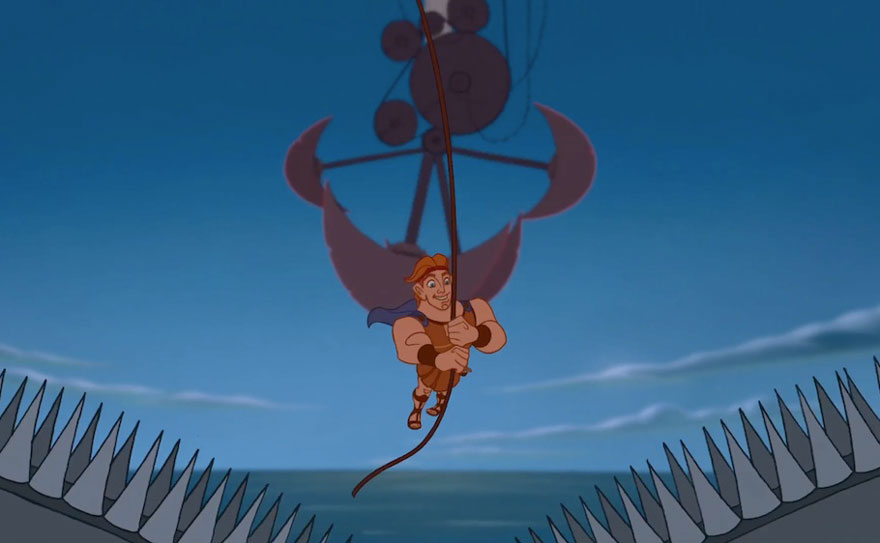 While Herc was leveling up to hero status, we found another one. 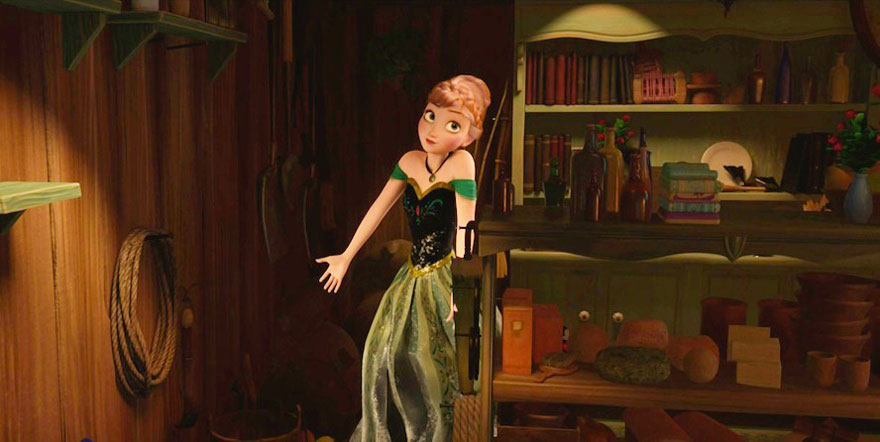 When Anna visits Wandering Oaken’s Trading Post (ooh and sauna!) we noticed someone mixed in with all the merchandise. 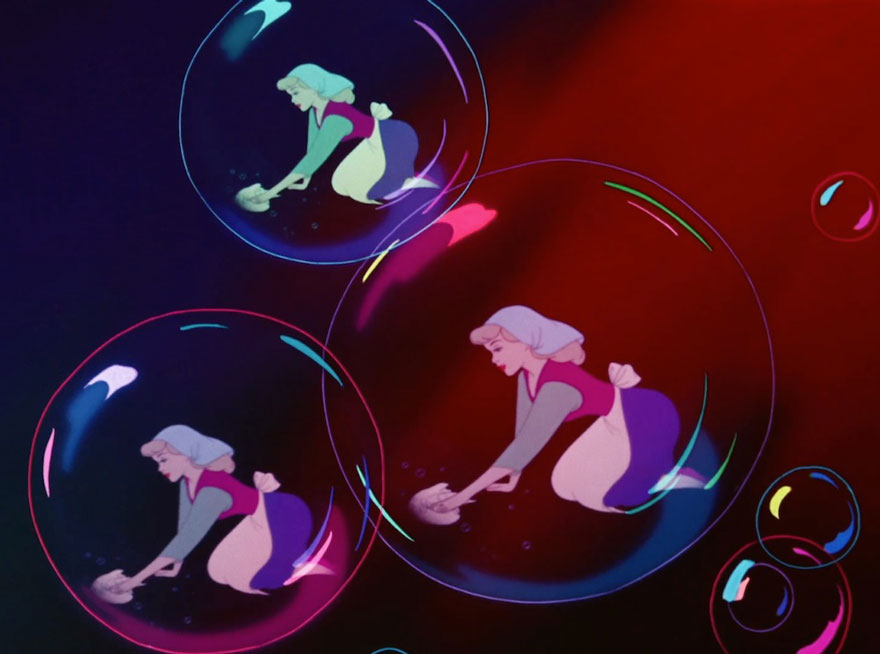 Bubbles in Disney films are often a good place to spot hidden Mickeys, like this big one when Cinderella sings while cleaning. 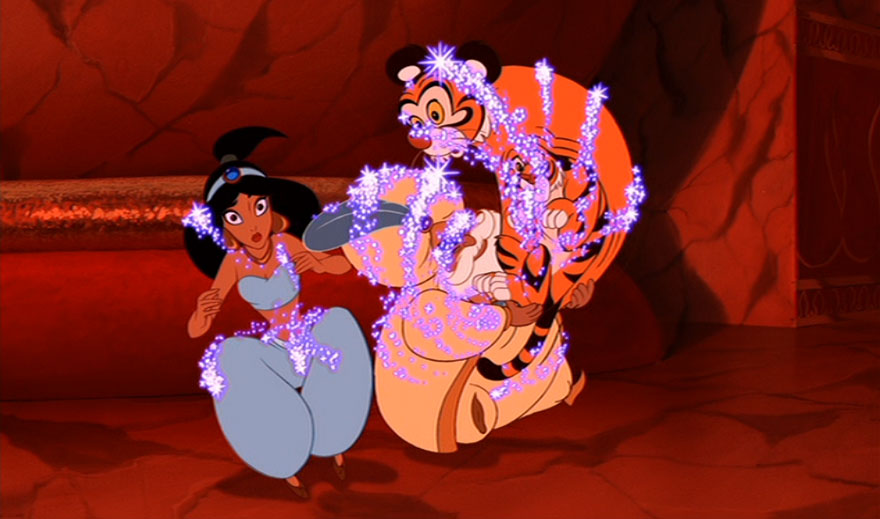 After Jafar is defeated, Rajah turns back into a full-sized tiger, but did you see what happens during his transformation?

Where else have you spotted Mickey Mouse in a Disney film? Share this with others below!