Here’s a selection of 60 tiny love stories submitted to Makes Me Think that not only made us think, but warmed our hearts and made us smile too. We hope they do the same for you. 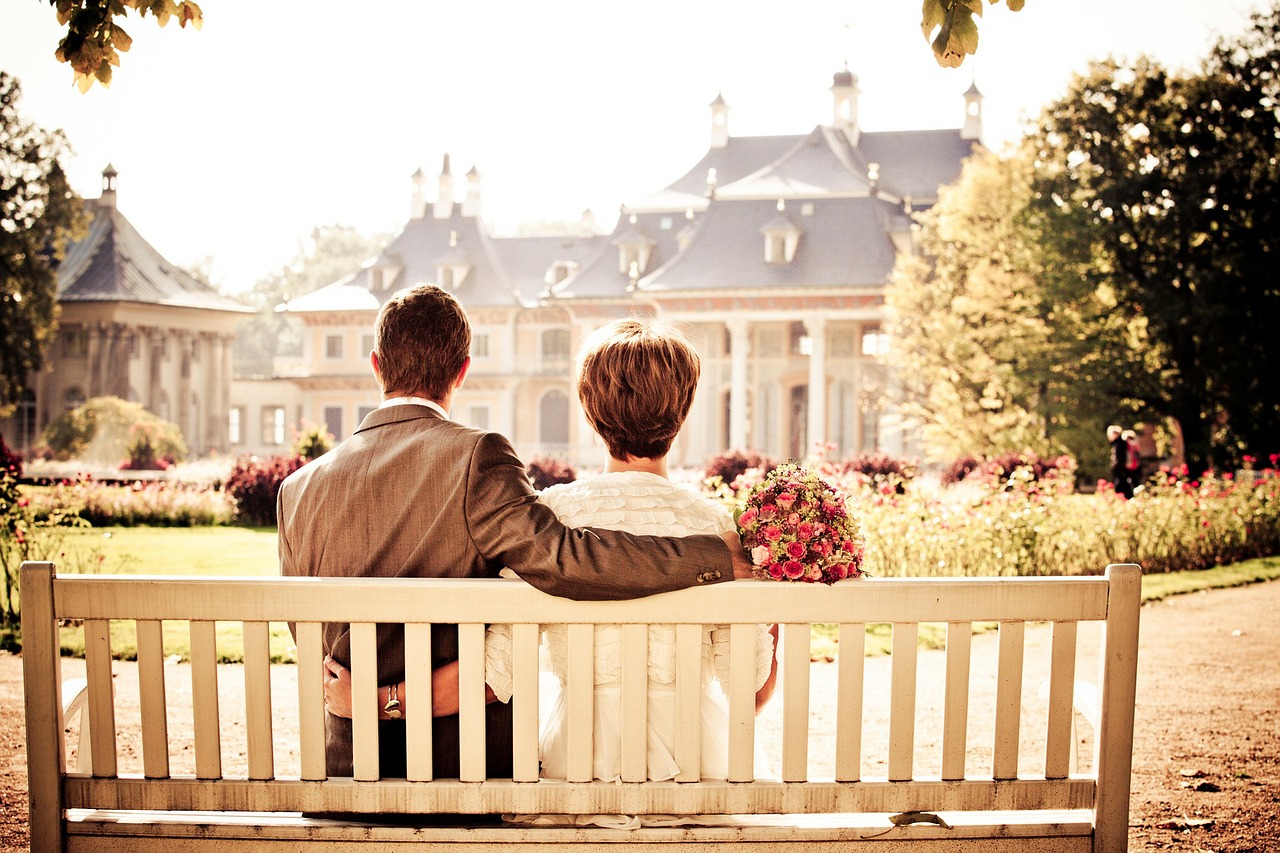 Today, my 75-year-old grandpa who has been blind from cataracts for almost 15 years said to me, “Your grandma is just the most beautiful thing, isn’t she?” I paused for a second and said, “Yes she is. I bet you miss seeing that beauty on a daily basis.” “Sweety,” my grandpa said, “I still see her beauty every day. In fact, I see it more now than I used to when we were young.”

Today, I walked my daughter down the aisle. Ten years ago I pulled a 14 year old boy out of his mom’s fire-engulfed SUV after a serious accident. Doctors initially said he would never walk again. My daughter came with me several times to visit him at the hospital. Then she started going on her own. Today, seeing him defy the odds and smile widely, standing on his own two feet at the altar as he placed a ring on my daughter’s finger.

Today, I walked up to the door of my office (I’m a florist) at 7AM to find a uniformed Army soldier standing out front waiting. He was on his way to the airport to go to Afghanistan for a year. He said, “I usually bring home a bouquet of flowers for my wife every Friday and I don’t want to let her down when I’m away.” He then placed an order for 52 Friday afternoon deliveries of flowers to his wife’s office and asked me to schedule one for each week until he returns. I gave him a 50% discount because it made my day to see something so sweet.

Today, I told my 18 year old grandson that nobody asked me to prom when I was in high school, so I didn’t attend. He showed up at my house this evening dressed in a tuxedo and took me as his date to his prom.

Today, when she woke up from an eleven month coma, she kissed me and said, “Thank you for being here, and telling me those beautiful stories, and never giving up on me… And yes, I will marry you.”

Today, I was sitting on a park bench eating a sandwich for lunch when an elderly couple pulled their car up under a nearby oak tree. They rolled down the windows and turned up some jazz music on the radio. Then the man got out of the car, walked around to the passenger side, opened the door for the woman, took her hand and helped her out of her seat, guided her about ten feet away from the car, and they slow danced for the next half hour under the oak tree.

Today, I operated on a little girl. She needed O- blood. We didn’t have any, but her twin brother has O- blood. I explained to him that it was a matter of life and death. He sat quietly for a moment, and then said goodbye to his parents. I didn’t think anything of it until after we took his blood and he asked, “So when will I die?” He thought he was giving his life for hers. Thankfully, they’ll both be fine.

Today, my dad is the best dad I could ask for. He’s a loving husband to my mom (always making her laugh), he’s been to every one of my soccer games since I was 5 (I’m 17 now), and he provides for our family as a construction foreman. This morning when I was searching through my dad’s toolbox for a pliers, I found a dirty folded up paper at the bottom. It was an old journal entry in my dad’s handwriting dated exactly one month before the day I was born. It reads, “I am eighteen years old, an alcoholic who is failing out of college, a past cutter, and a child abuse victim with a criminal record of auto theft. And next month, ‘teen father’ will be added to the list. But I swear I will make things right for my little girl. I will be the dad I never had.” And I don’t know how he did it, but he did it.

Today, I have an elderly patient who is suffering from a severe case of Alzheimer’s. He can rarely remember his own name, and he often forgets where he is and what he said just a few minutes beforehand. But by the stretch of some miracle (perhaps the miracle of love), he remembers who his wife is every morning when she shows up to spend a few hours with him. He usually greets her by saying, “Hello my beautiful Kate.”