16 Of The Most Profound Jokes Ever Told. How Many Of These Can You Get?

Sometimes humor is the best way to drive a point home. It can communicate ideas that are lighthearted or serious.

In a Quora thread, users answered the question, “What are some of the most profound jokes ever“. Their responses touch on heavier topics like death, philosophy, and religion. Many of the punchlines are comments on how people live or instructions on how they should live.

Here are some of our favorite ones. 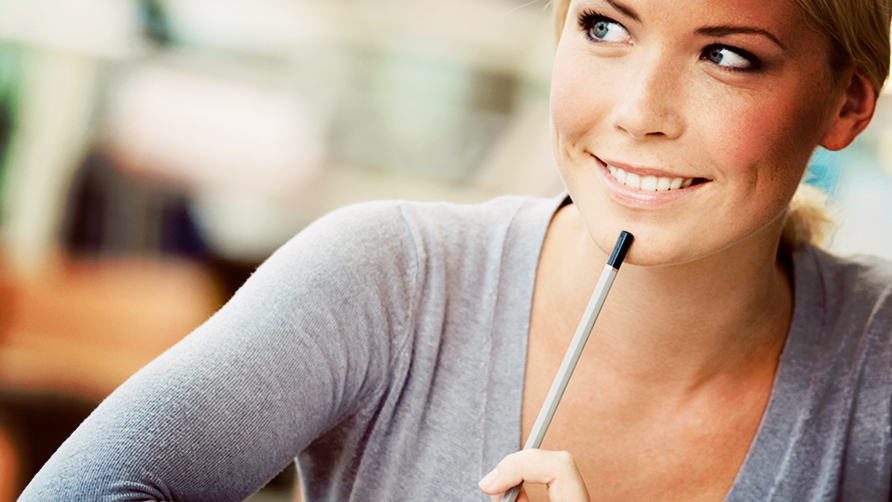 1. A young boy enters a barber shop and the barber whispers to his customer, “This is the dumbest kid in the world. Watch while I prove it to you.”

The barber puts a dollar bill in one hand and two quarters in the other, then calls the boy over and asks, “Which do you want, son” The boy takes the quarters and leaves.

“What did I tell you” said the barber. “That kid never learns!”

Later, when the customer leaves, he sees the same young boy coming out of the ice cream store.

“Hey, son! May I ask you a question? Why did you take the quarters instead of the dollar bill”

The boy licked his cone and replied,

“Because the day I take the dollar, the game is over!” – Vinaya Patil

2. A boy and a man sit on a couch together. The boy says to the man, “Yeah, well, I didn’t believe in reincarnation when I was your age, either.” – Akshat Anand

3. A man is flying in a hot air balloon and realizes he is lost. He reduces height and spots a man down below. He lowers the balloon further and shouts: “Excuse me, can you tell me where I am”

The man below says: “Yes, you’re in a hot air balloon, hovering 30 feet above this field.”

“You must be an engineer” says the balloonist.

“Well,” says the balloonist, “everything you have told me is technically correct, but it’s no use to anyone.”

The man below says “you must be in management.”

“I am” replies the balloonist, “but how did you know”

“Well,” says the man, “you don’t know where you are, or where you’re going, but  you expect me to be able to help. You’re in the same position you were before we met, but now it’s my fault.” – Amori Adesque

4. A climber fell off a cliff, and as he tumbled down, he caught hold of a small branch

“Help! Is there anybody up there” he shouted.

A majestic voice boomed through the gorge:

“I will help you, my son, but first you must have faith in me.”

“Let go of the branch,” boomed the voice.

There was a long pause, and the man shouted up again, “Is there anybody ELSE up there” – Ahmet Kasan

5. An MIT linguistics professor was lecturing his class the other day. “In English,” he said, “a double negative forms a positive. However, in some languages, such as Russian, a double negative remains a negative. But there isn’t a single language, not one, in which a double positive can express a negative.”

A voice from the back of the room said, “Yeah, right.” –  Sai Kishore K

6. An American businessman was at the pier of a small coastal Mexican village when a small boat with just one fisherman docked. Inside the small boat were several large yellowfin tuna. The American complimented the fisherman on the quality of his fish and asked how long it took to catch them. The fisherman replied that it only took a little while. The American then asked why didn’t he stay out longer and catch more fish. The fisherman said he had enough to support his family’s immediate needs.

The American then asked, “But what do you do with the rest of your time”

The fisherman said, “I sleep late, fish a little, play with my children, take siesta with my wife Maria, stroll into the village each evening where I sip wine and play guitar with my amigos. I have a full and busy life, señor.”

The American scoffed. “I am a Wharton MBA and could help you. You should spend more time fishing and with the proceeds, buy a bigger boat. With the proceeds from the bigger boat you could buy several boats. Eventually you would have a fleet of fishing boats. Instead of selling your catch to a middleman you would sell directly to the processor, eventually opening your own cannery. You would control the product, processing and distribution. You would need to leave this small coastal fishing village and move to Mexico City, then LA and eventually NYC where you will run your expanding enterprise.”

The fisherman asked, “But how long will this all take”

To which the American replied, “Fifteen or twenty years.”

The American laughed and said, “That’s the best part. When the time is right you would announce an IPO and sell your company stock to the public and become very rich, you would make millions.”

The American said, “Then you would retire. Move to a small coastal fishing village where you would sleep late, fish a little, play with your kids, take siesta with your wife, stroll to the village in the evenings where you could sip wine and play your guitar with your friends.” – Andrew Udell

7. A masochist asks a sadist, “Please hurt me.”

“No,” replies the sadist. – Arnon Mishkin

8. “Make me one with everything,” says the Buddhist to the tofu hot dog vendor.

Then, after getting his tofu hot dog, the Buddhist hands the vendor a twenty dollar bill.

The vendor takes the money and begins helping the next customer.

The Buddhist looks puzzled and asks the vendor, “Where is my change”

The vendor replies, “Change comes from within.” – Liam Gorman

10. An engineer dies and reports to the pearly gates.  St. Peter checks his dossier and says, “Ah, you’re an engineer – you’re assigned to hell.”

So the engineer reports to the gates of hell and is let in. Pretty soon, the engineer gets dissatisfied with the level of accommodations and starts designing and building improvements.

After awhile, they’ve got air conditioning and flush toilets, escalators, elevators and so on .. and – the engineer is a pretty popular guy.

One day, God calls Satan on the telephone.

“So, how’s it going down there in hell” God says.

“Hey, things are going great. We’ve got air conditioning and flush toilets and escalators. There’s no telling what our engineer is going to come up with next!” Satan says.

“What??? You’ve got an engineer? That’s a mistake – he should have never gotten down there; send him back immediately!” God says.

“No way. I like having an engineer on the staff, and I’m keeping him!” Satan says.
“Send him back up here or I’ll sue!” God says.

“Yeah, right. And just where are YOU going to get a lawyer” –Sagar Shukla

11. A crow was sitting on a tree, doing nothing all day. A rabbit asked him, “Can I also sit like you and do nothing all day long” The crow answered, “Sure, why not.” So, the rabbit sat on the ground below the crow and rested.

A fox jumped on the rabbit and ate it.

Moral of the story: To be sitting and doing nothing, you must be sitting very high up.– Saurav Maheshwary

12. A taxi passenger tapped the driver on the shoulder to ask him a question.

The driver screamed, lost control of the car, nearly hit a bus, went up on the footpath, and stopped inches from a shop window.

For a second, everything was quiet in the cab. Then the driver said, “Look mate, don’t ever do that again. You scared the living daylights out of me!”

The passenger apologized and said, “I didn’t realize that a little tap would scare you so much.”

The driver replied, “Sorry, it’s not really your fault. Today is my first day as a cab driver – I’ve been driving a funeral van for the last 25 years.” – Salil Gupta

14. Two young salmon are swimming along one day. As they do, they are passed by a wiser, older fish coming the other way.

The wiser fish greets the two as he passes, saying, “Morning boys, how’s the water”

The other two continue to swim in silence for a little while, until the first one turns to the other and asks, “What the hell is water” – Craig Weiland

15. Pessimist: Oh, this can’t get any worse!
Optimist: Yes, it can! –Bharat Jakati

16. How many Freudian analysts does it take to change a light bulb?

Two. One to change it, and the other to hold the penis.
LADDER.
I MEANT LADDER. – Jade Roche