Fancy flying in R2-D2? There’s now a jet that looks like the lovable droid from Star Wars.

Amid all the buzz over a galaxy far, far away, Japanese airline All Nippon Airways unveiled a plane in honour of the Star Wars films. 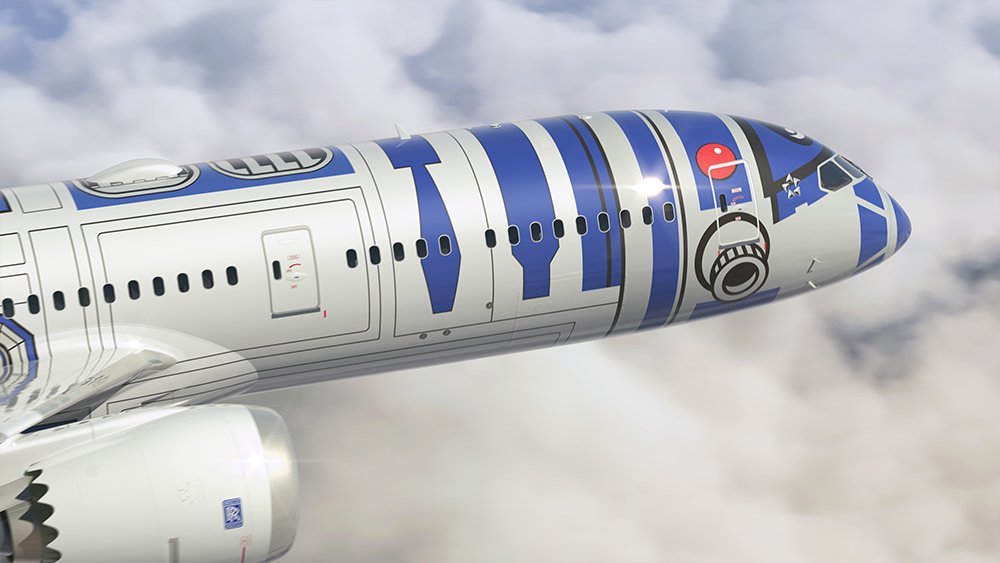 The Boeing 787 Dreamliner has been painted to faithfully resemble R2-D2, the small round robot that appears in every episode with his multi-lingual sidekick C-3PO. 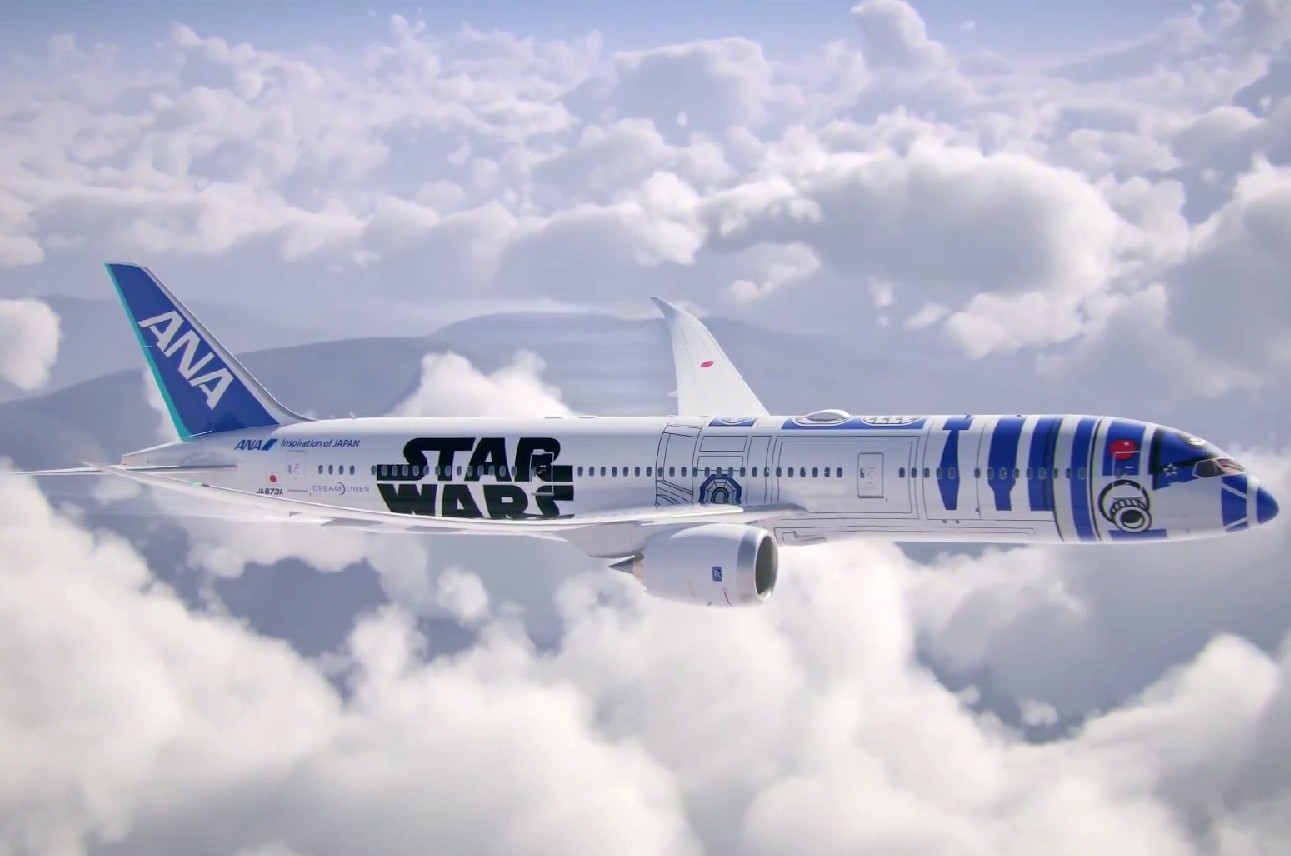 The cockpit and front half of the white fuselage are intricately painted with blue panels in the shape of those on the little droid who does everything from carrying secret plans for the Death Star to co-piloting Luke Skywalker’s X-Wing. 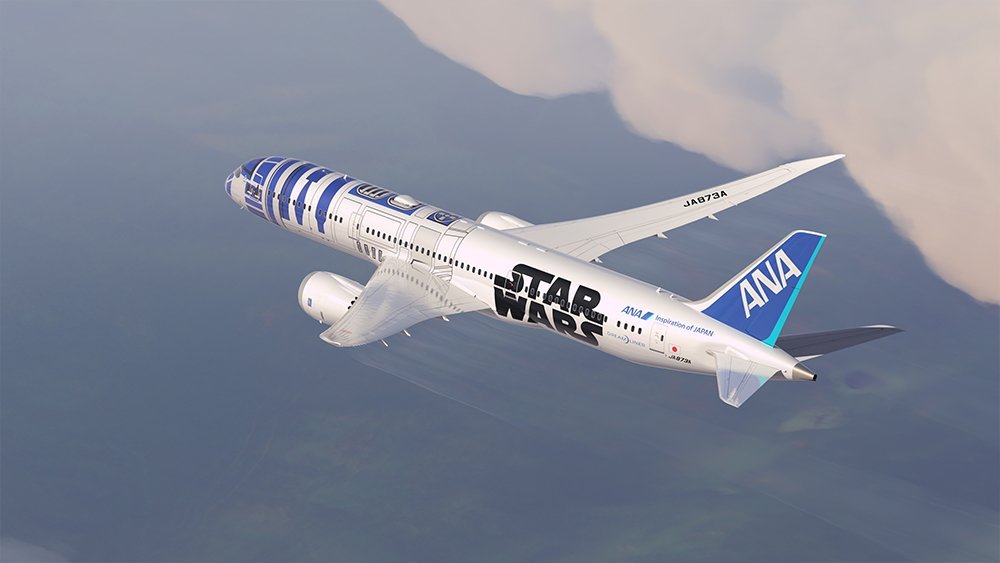 The words ‘Star Wars’, in the movie’s distinctive font, adorn the body of the plane behind the wing. 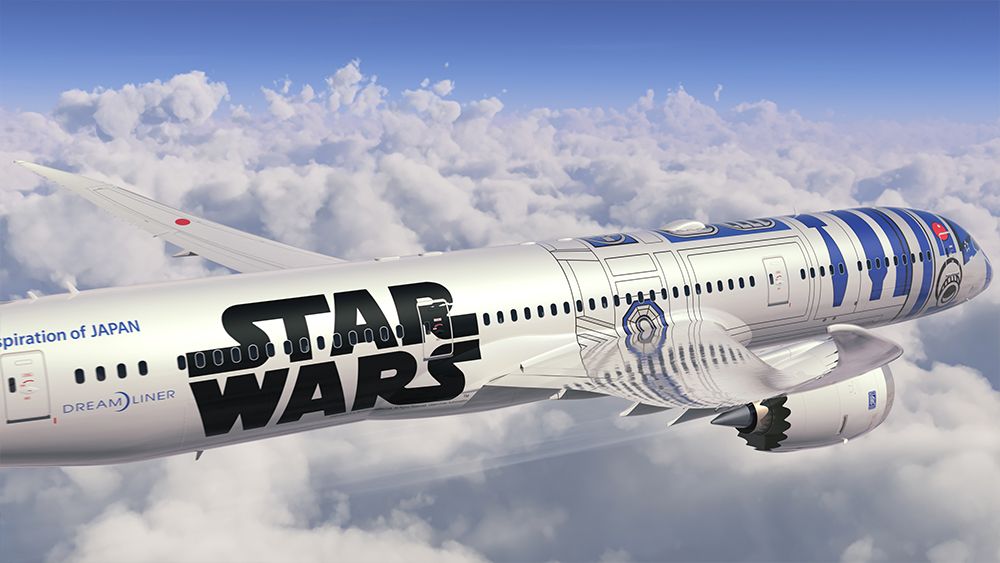 ANA says this is part of a five-year “Star Wars Project” that will presumably bring more Star Wars-themed airliners into its fleet. 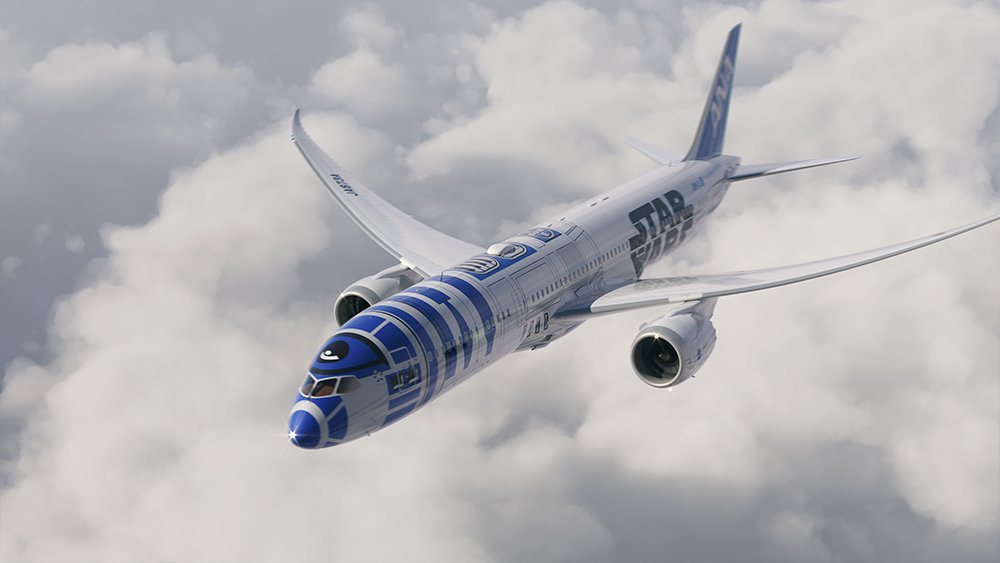 This particular jet is scheduled to begin service on the airline’s international routes this fall. 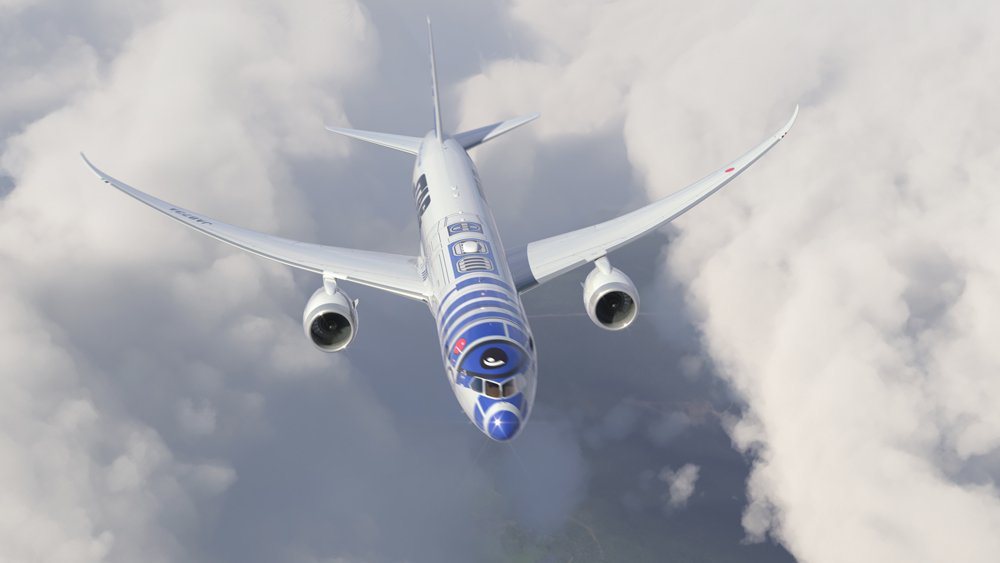 In the meantime, here’s some footage of the plane gracefully flying about: