At 1,396 ft, 432 Park Avenue, located between 56th and 57th street is the tallest residential building in New York as well as the entire Western hemisphere.

The luxury condo stands at 1,396 feet, slightly taller than One World Trade Center, which is 1,362 feet tall (not including its spire, which brings its official height to 1,776 feet). It contains 104 condos, including ten floors of penthouses. One already sold for $US95 million.

The views from the residences, which are some of the highest homes in the world, are truly astounding. Residents will be able to see to the top of Central Park to the north, One World Trade to the south, and Brooklyn and New Jersey to the east and west.

Developers CIM Group and Macklowe Properties shared these incredible photos, snapped from the top of 432 Park.

Looking north across Central Park, the George Washington Bridge can be seen in the distance. 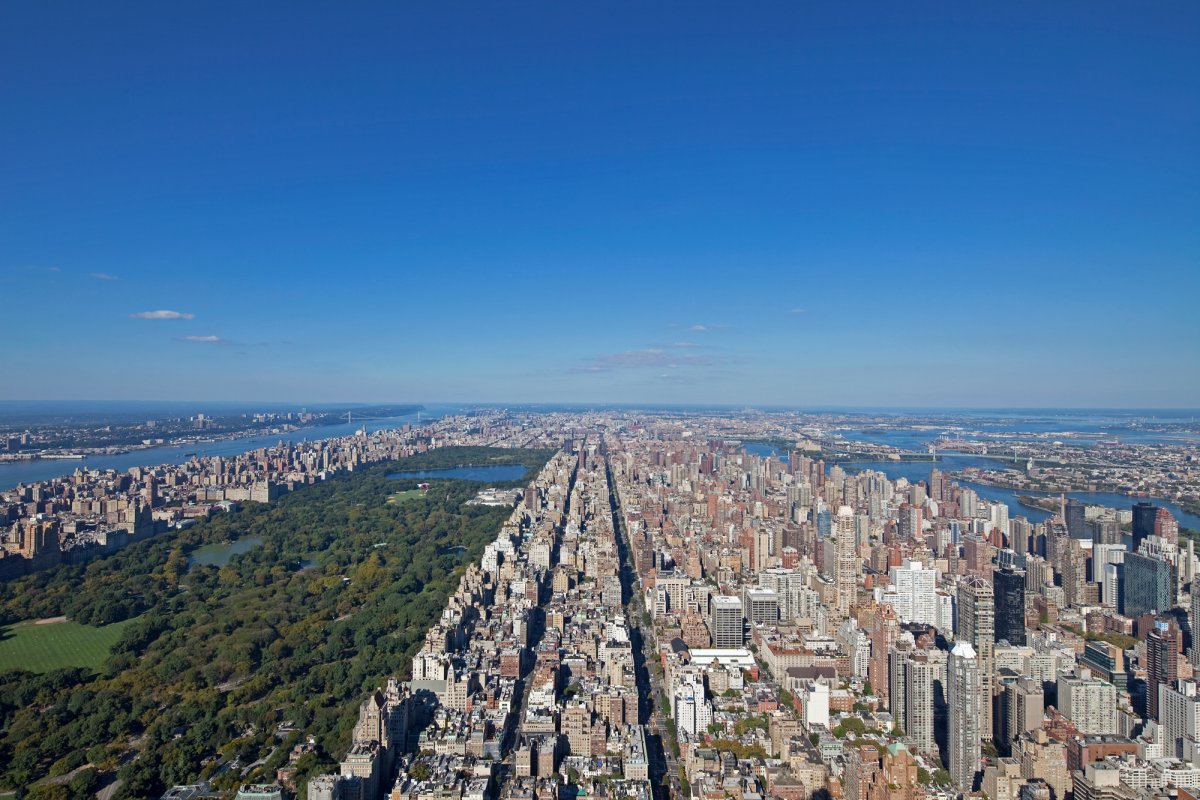 From this height, the rest of the city looks tiny. 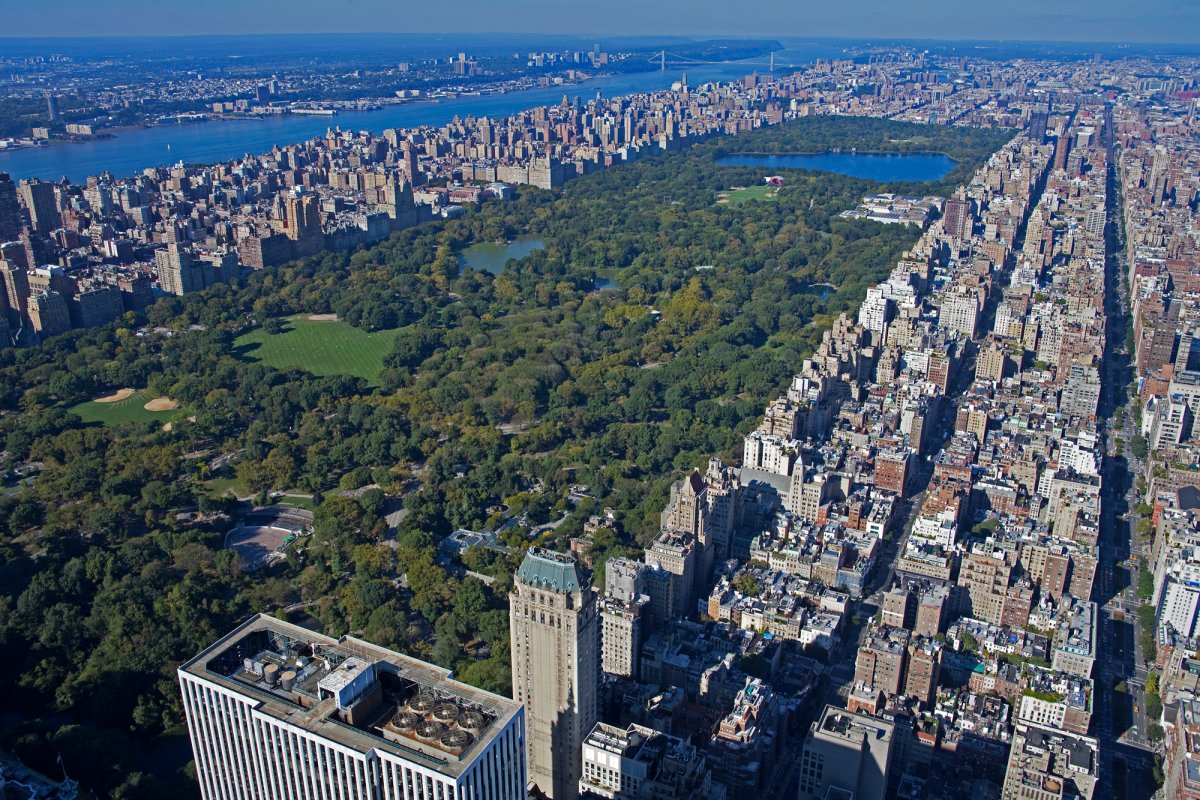 To the south, there are views of New York City’s iconic skyscrapers, including the Chrysler Building, MetLife Building, and Empire State Building. One World Trade is off in the distance. 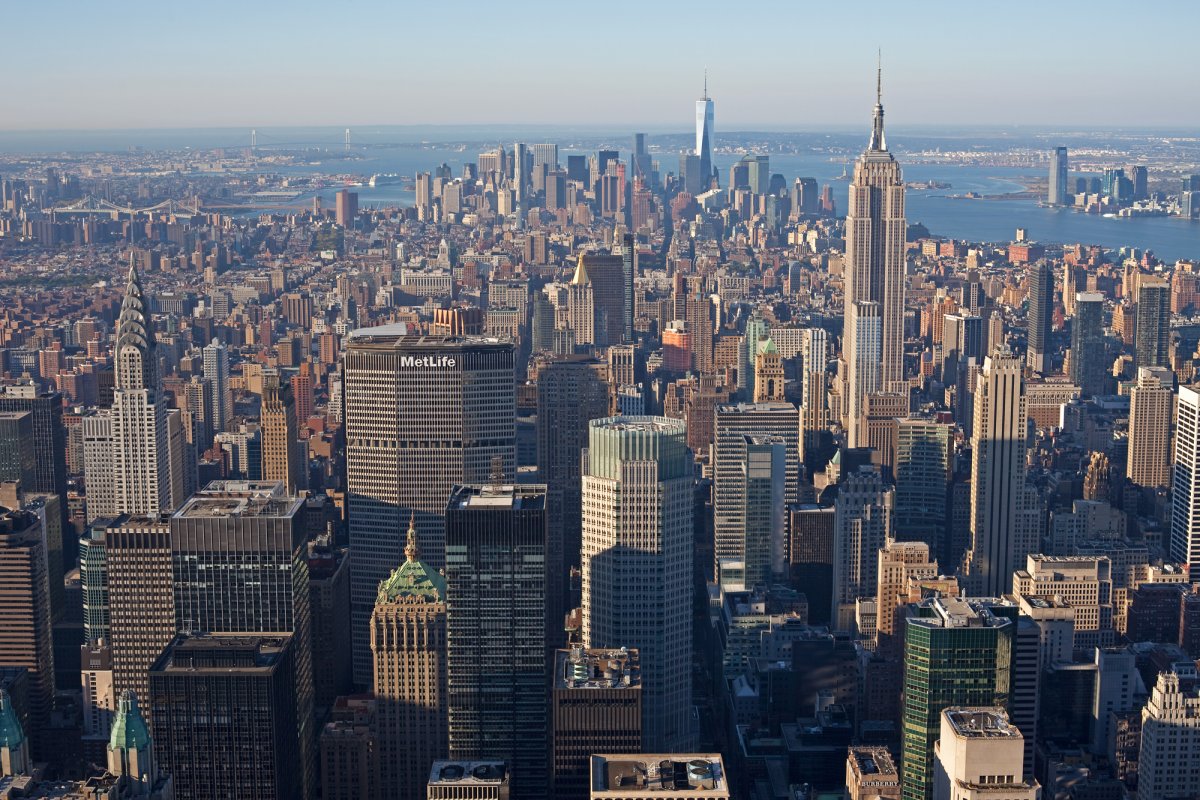 432 Park has already altered the New York City skyline. It towers above its the other new construction on 57th Street, nicknamed “Billionaires’ Row” for the abundance of luxury condos cropping up there. 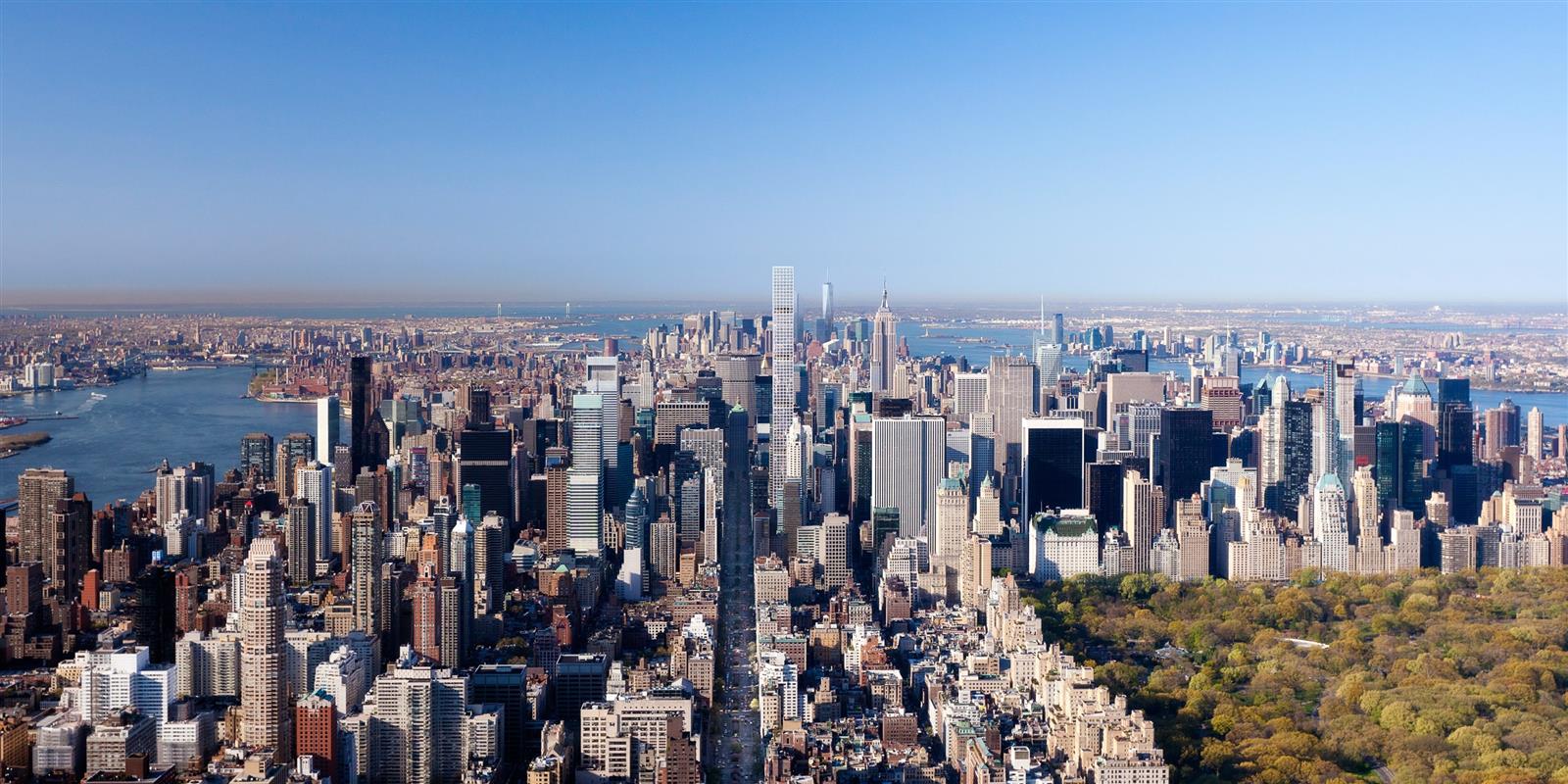 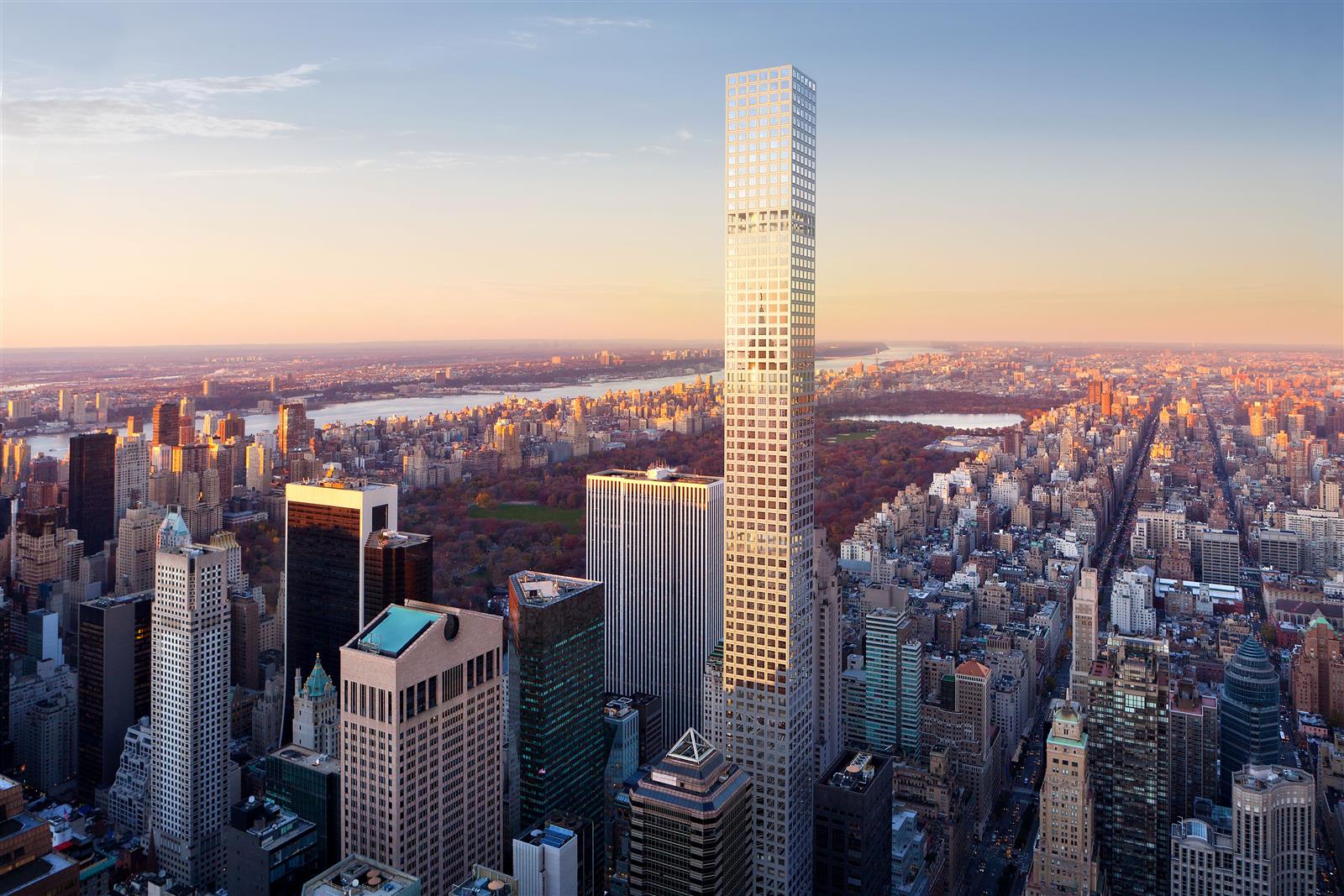 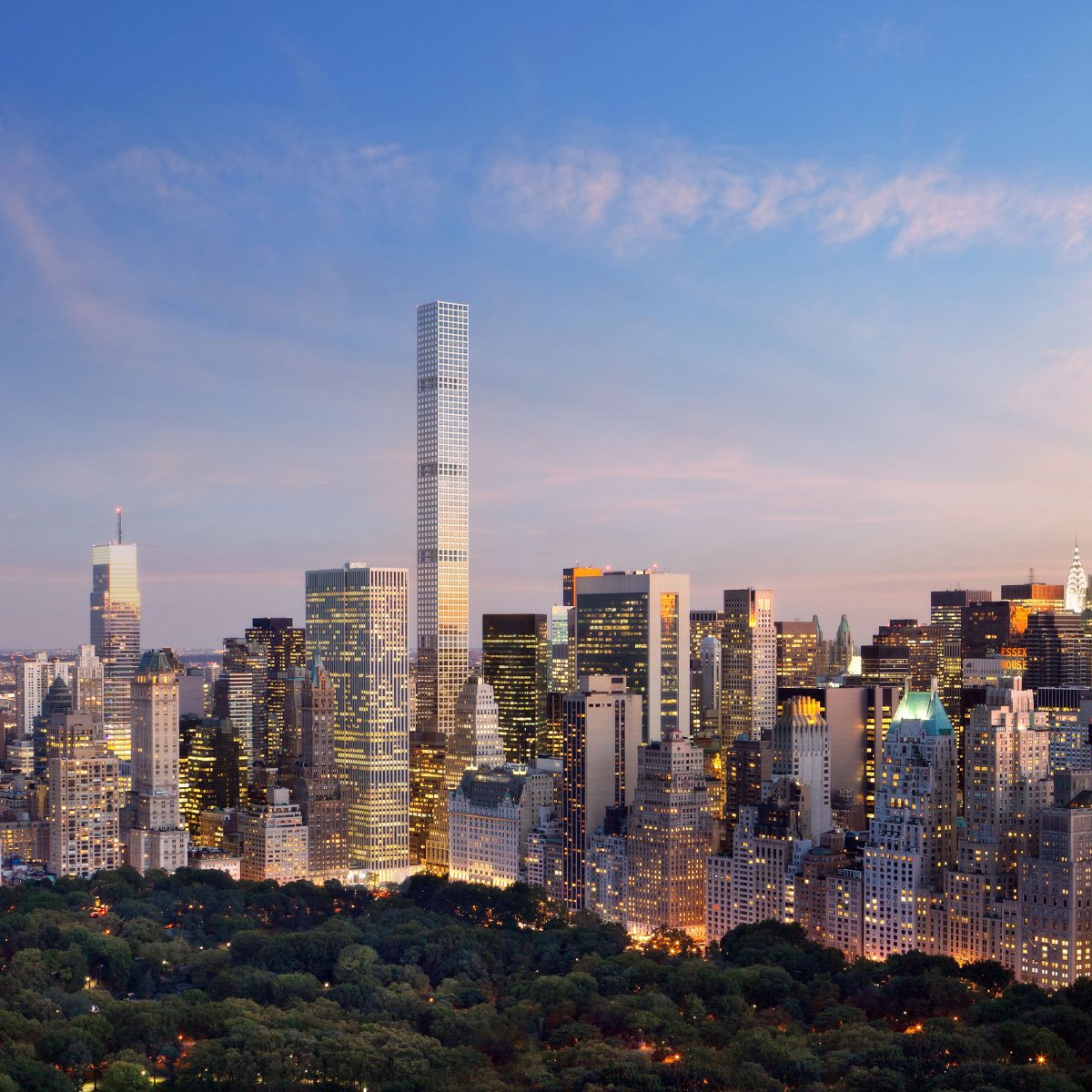 The building’s 104 apartments start at $US7 million. 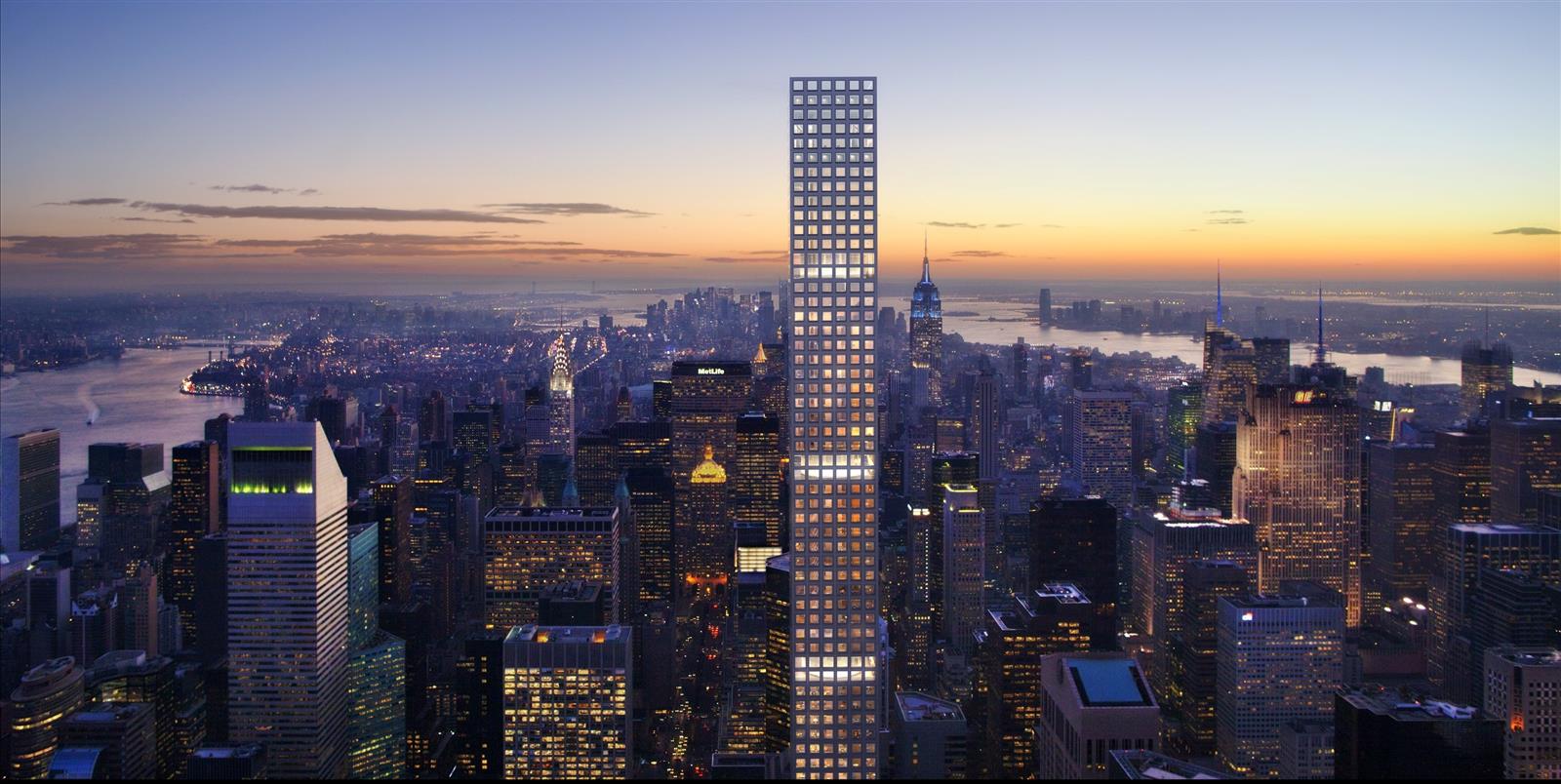 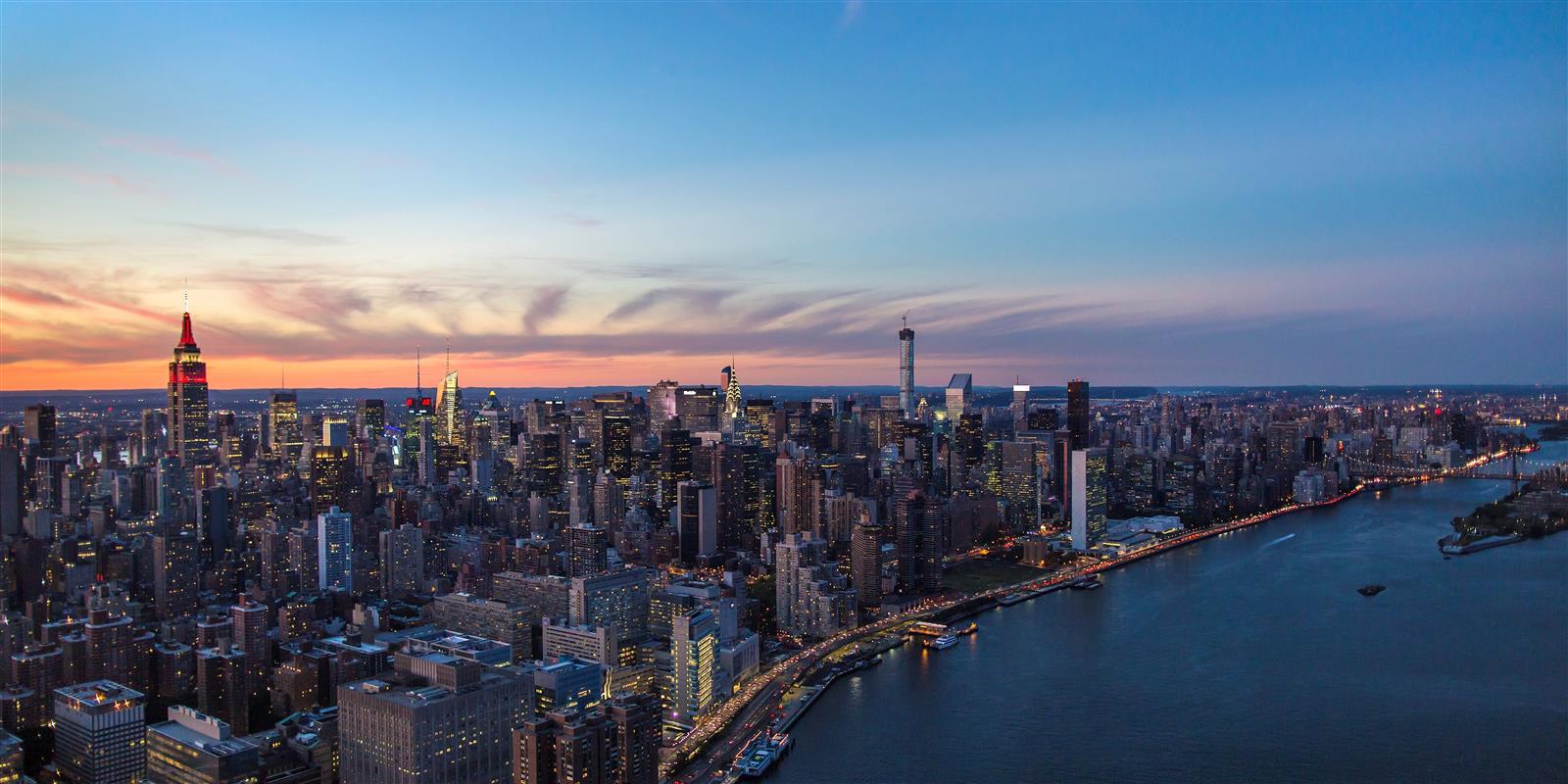 For those prices, we have high expectations for the interiors. And they don’t disappoint. 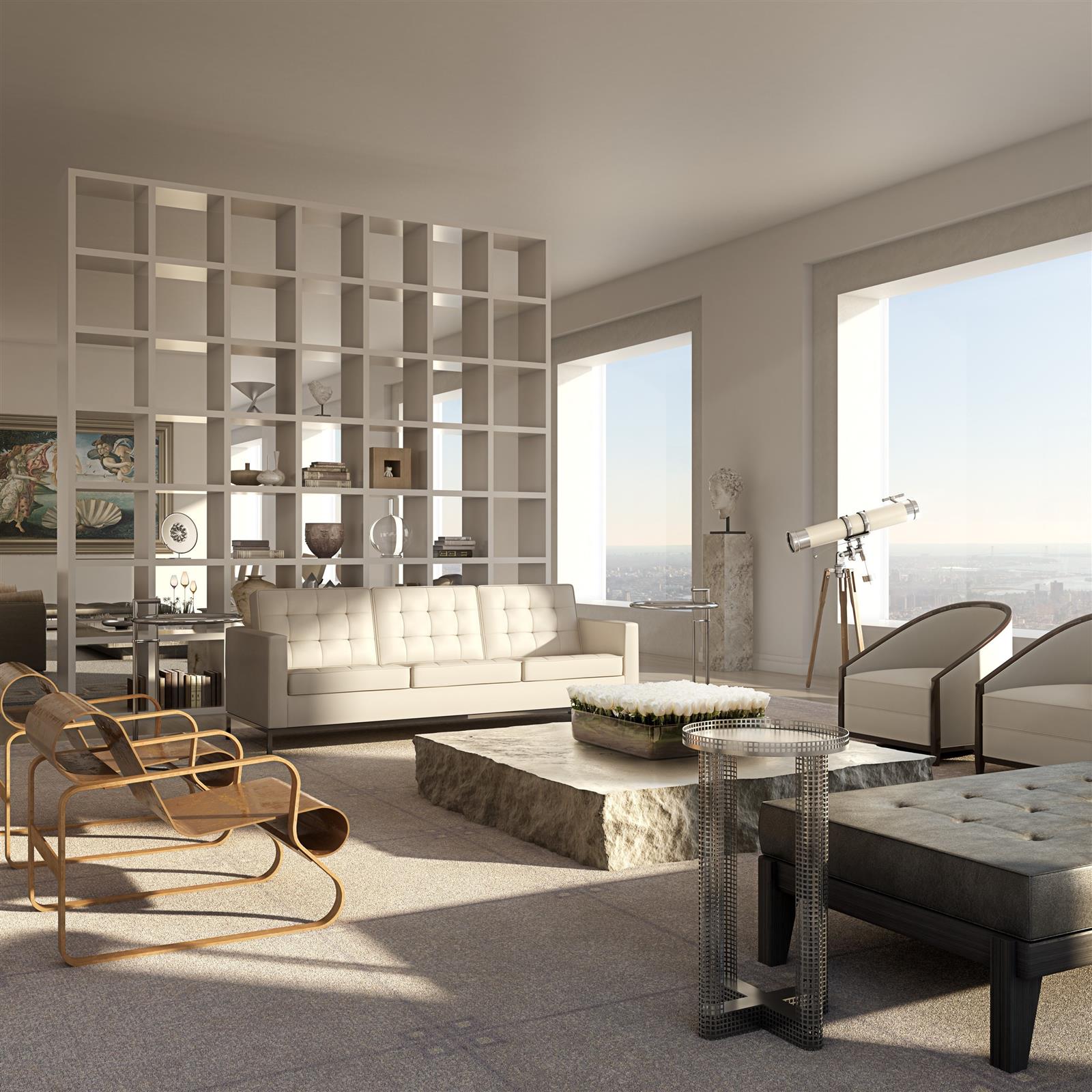 Designer Deborah Berke took a geometric approach. The huge windows are in a straight line from the front door, making the most of the apartment’s perch above the city. 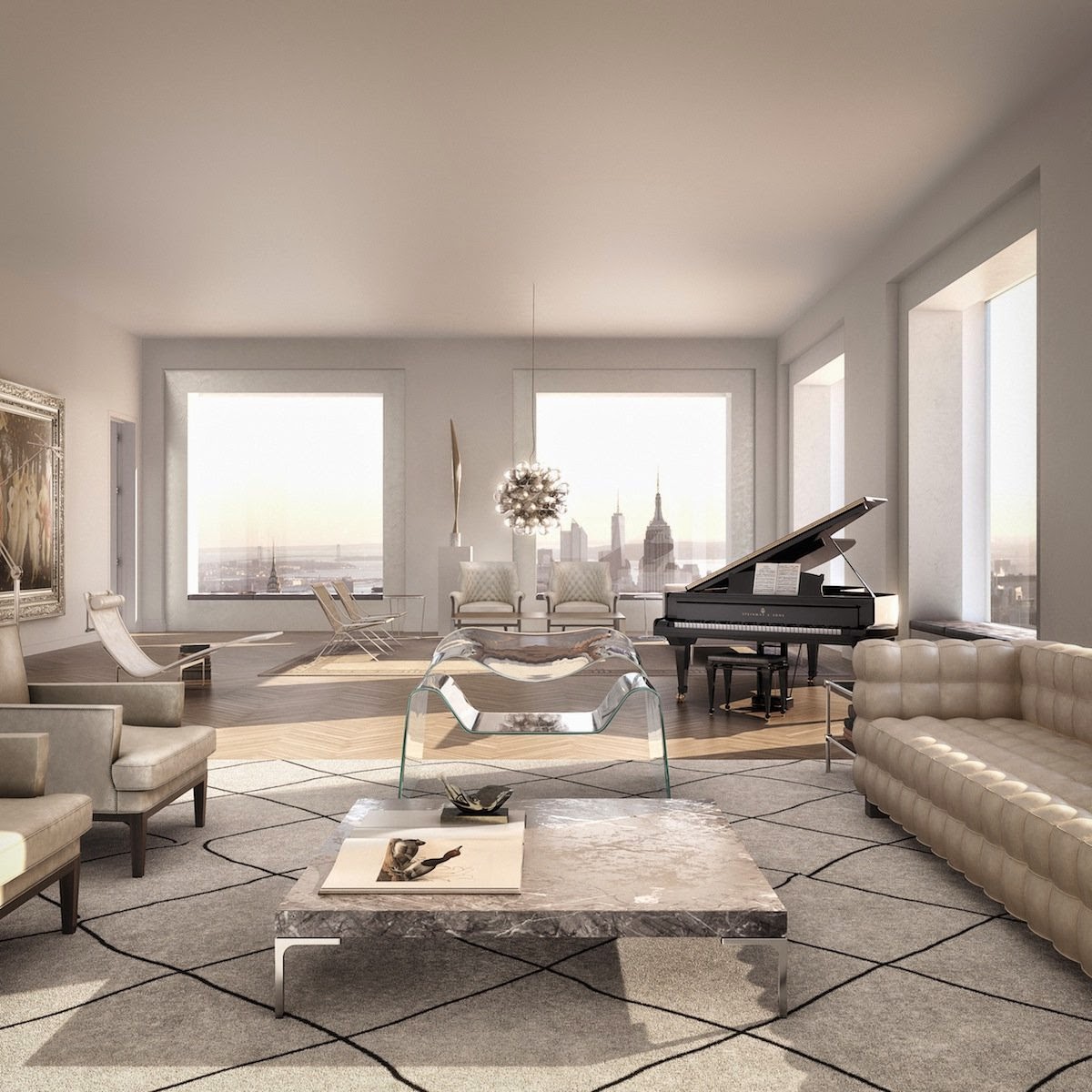 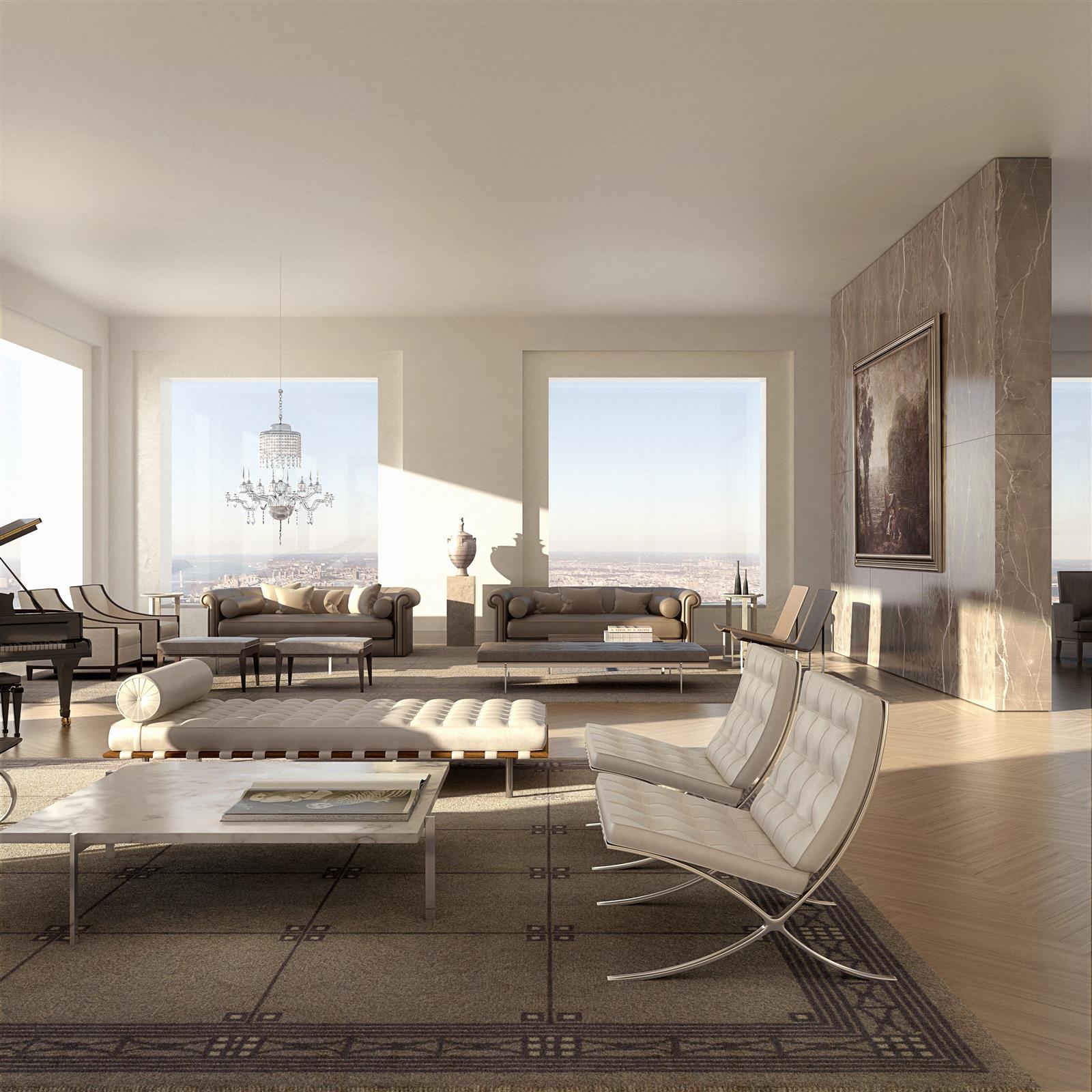 The kitchens will be outfitted with sleek marble countertops and stainless steel appliances. 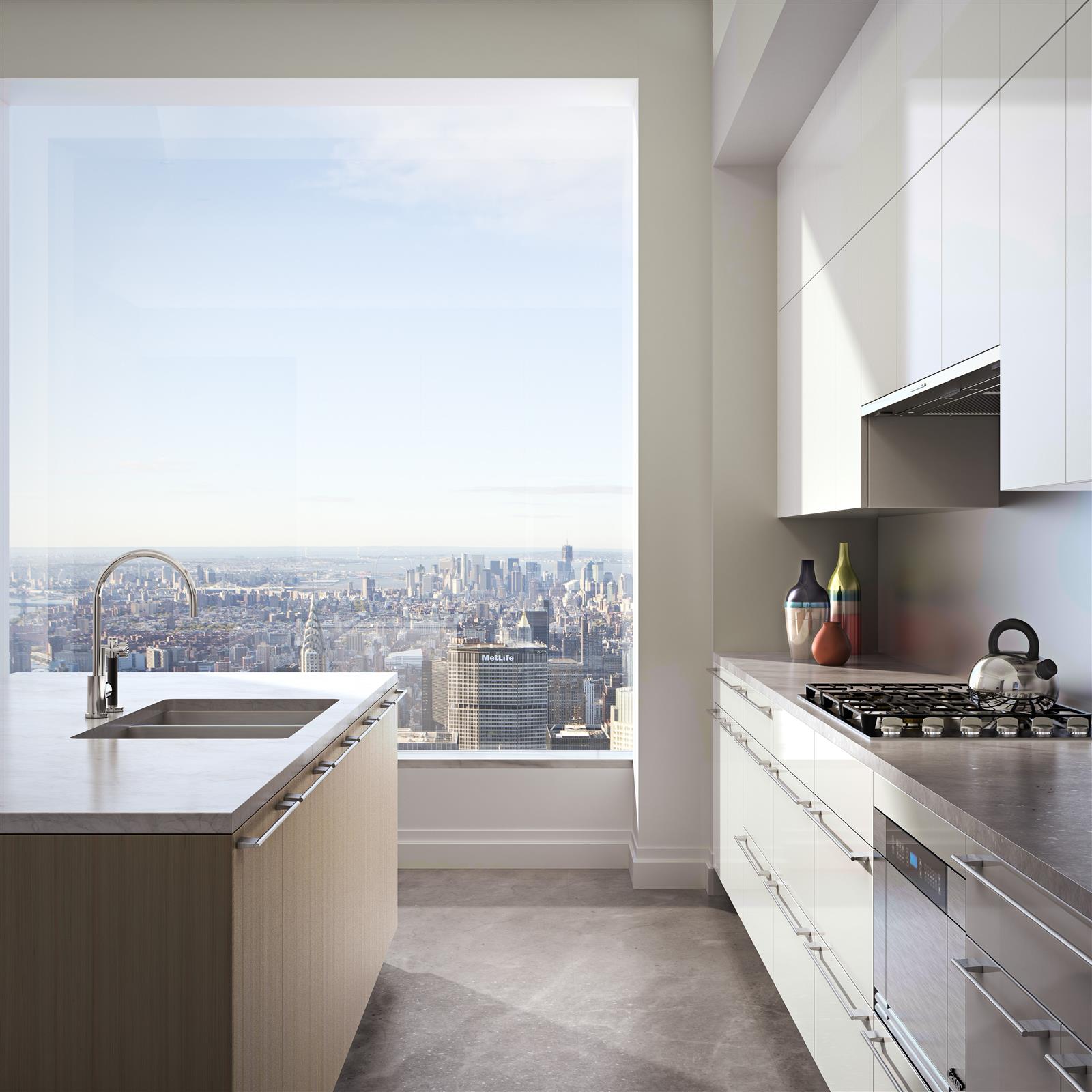 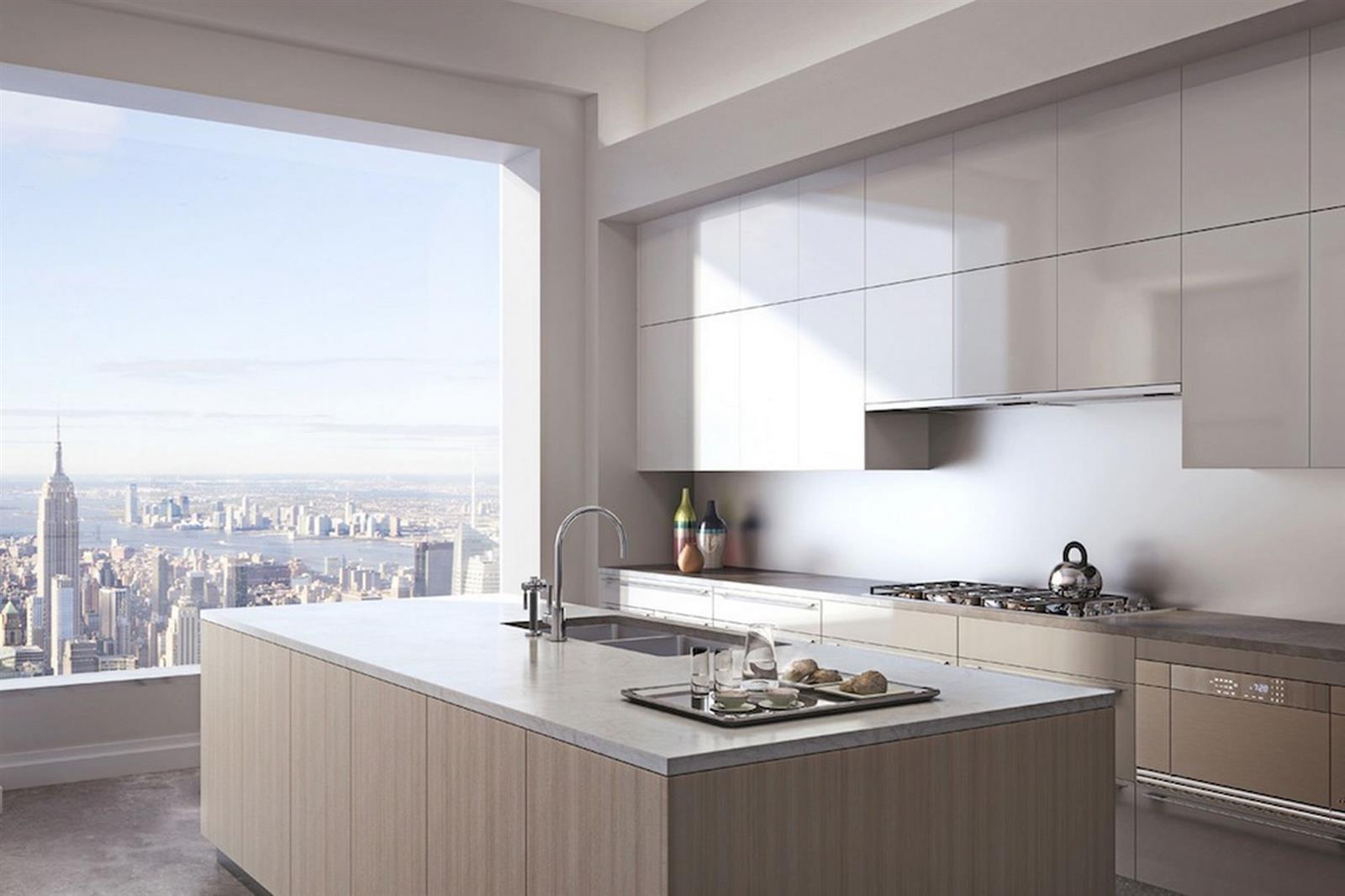 But the kitchen’s best feature has to be this 10-foot-long marble breakfast bar framed against the window. Just imagine enjoying your morning coffee here, with all of Manhattan sprawled out below you. 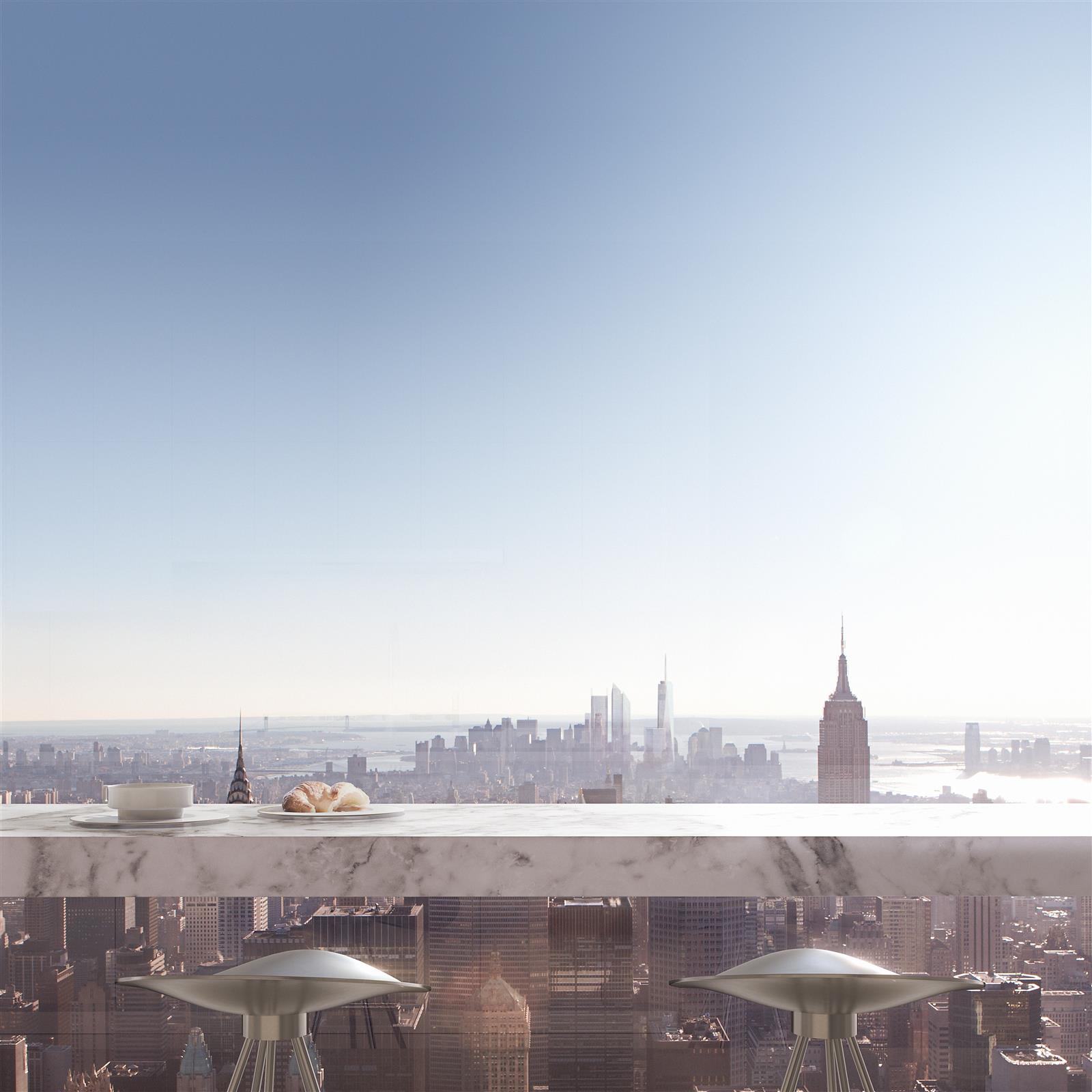 Your dinner party gets to enjoy the astounding view. 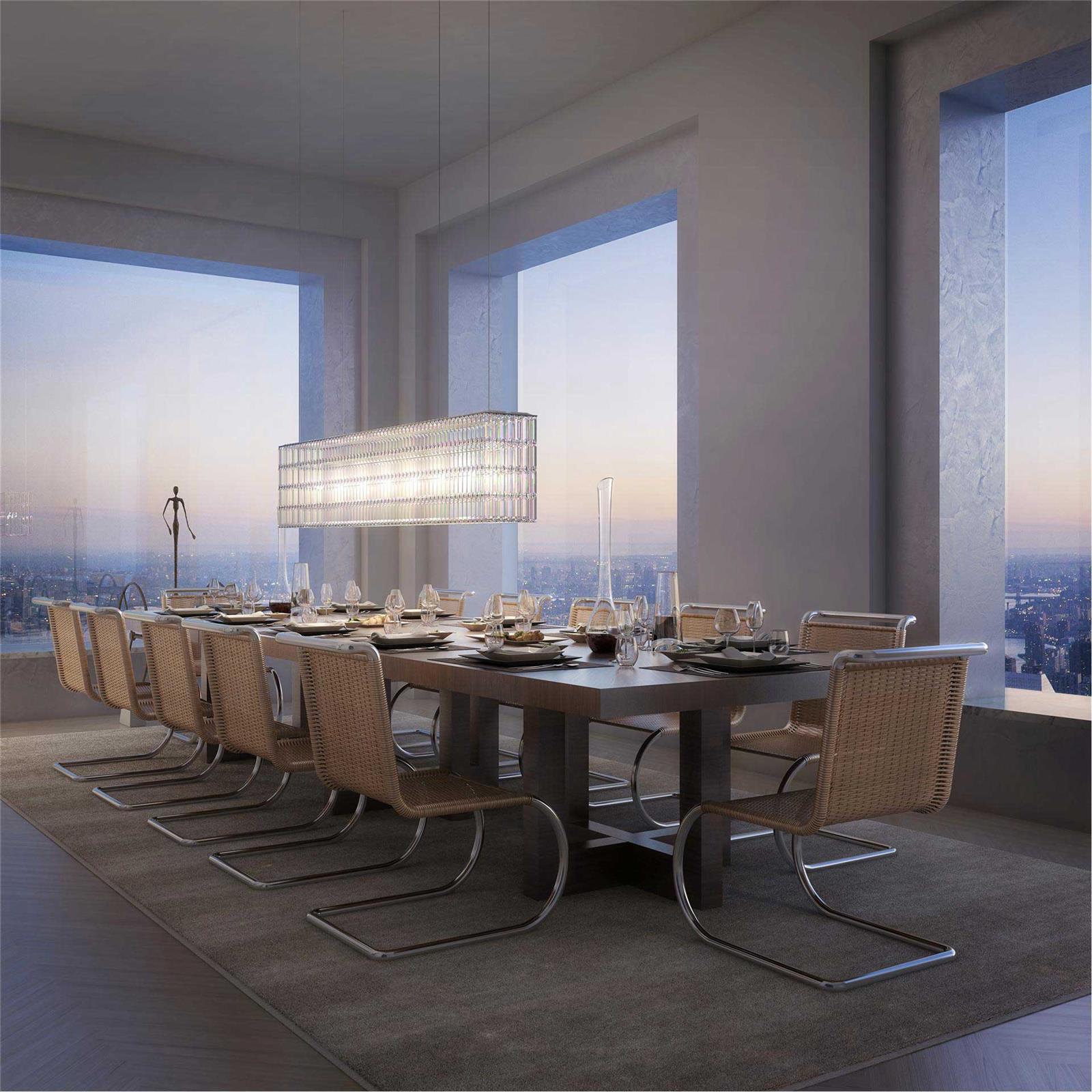 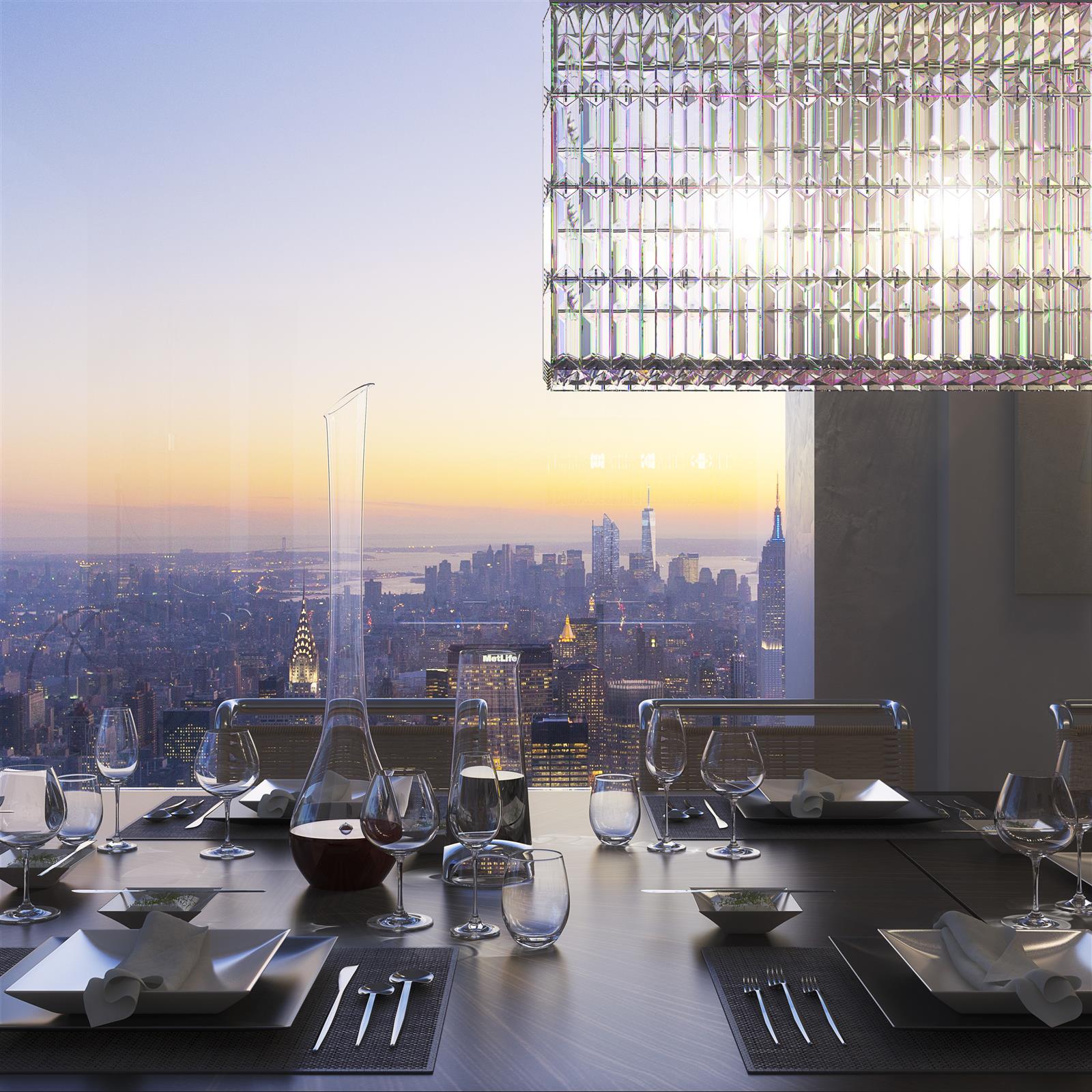 The master suite’s floor plan was designed so that the bed would be perfectly aligned with the window, offering the best views possible first thing in the morning. 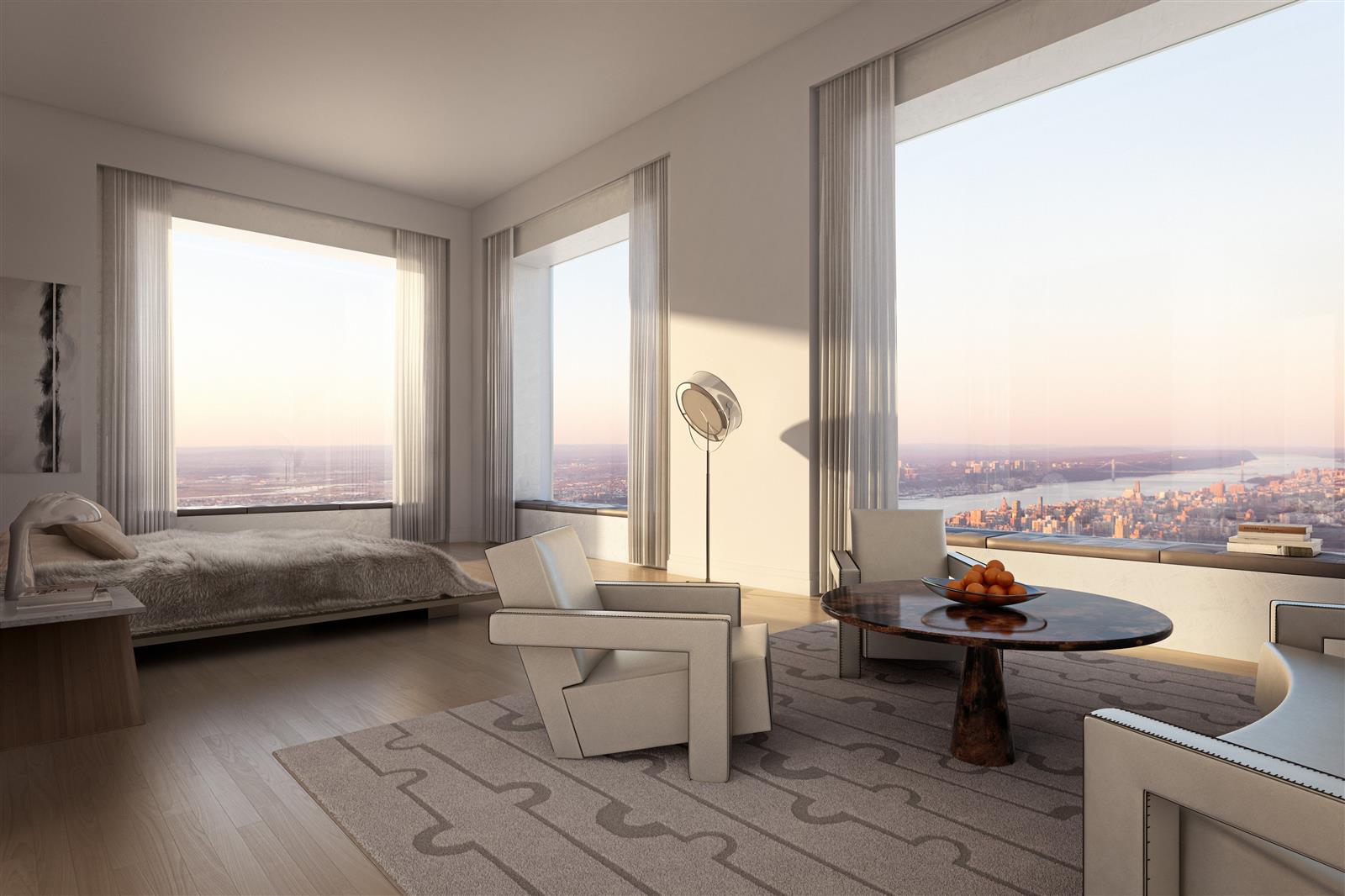 The master suite has separated his and hers bathrooms. Looking north from the marble-covered shower, you’ll get a peek of Central Park and the Upper East Side. 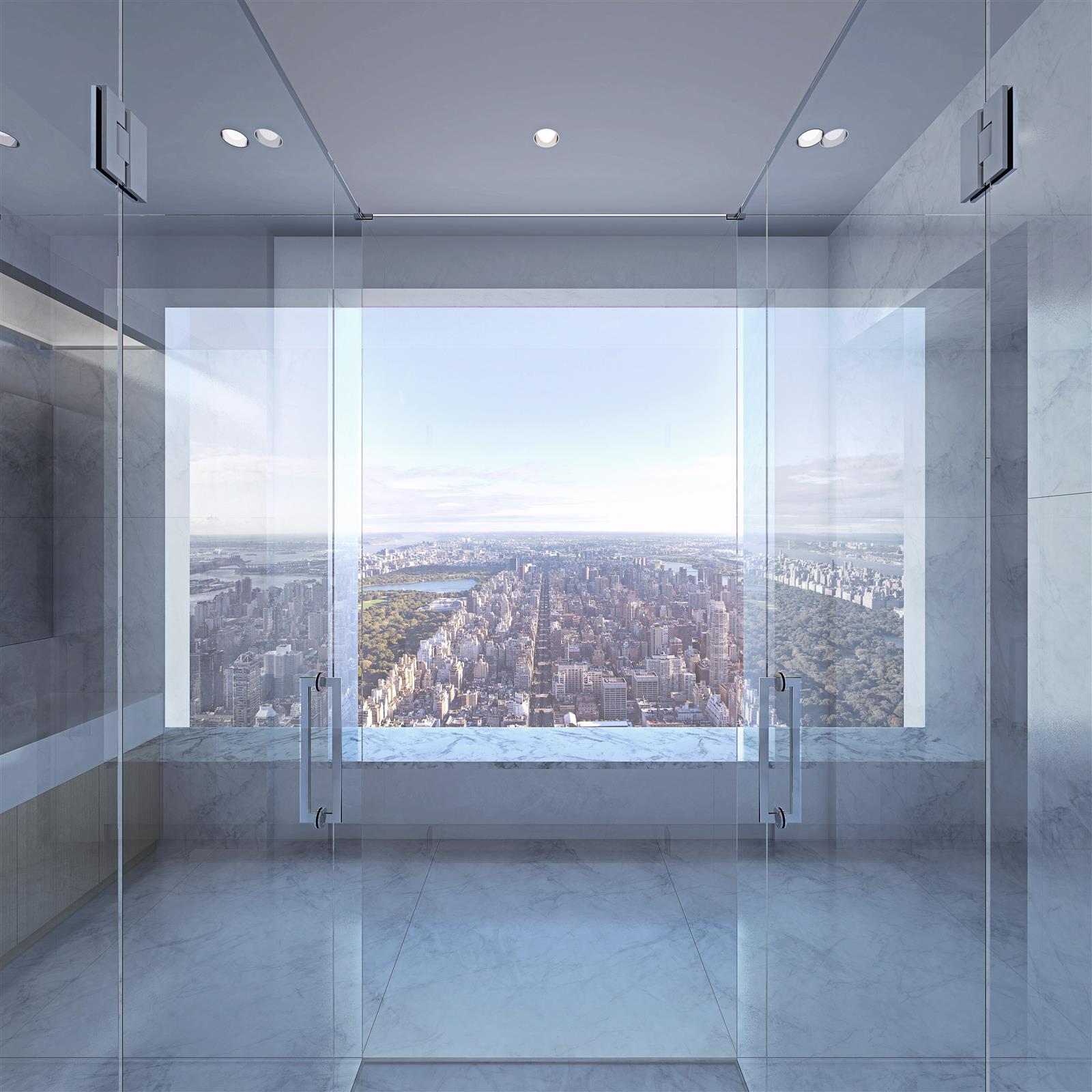 And to the south, views of the Chrysler Building, the Empire State Building, and One World Trade can all be enjoyed from this free-standing tub. 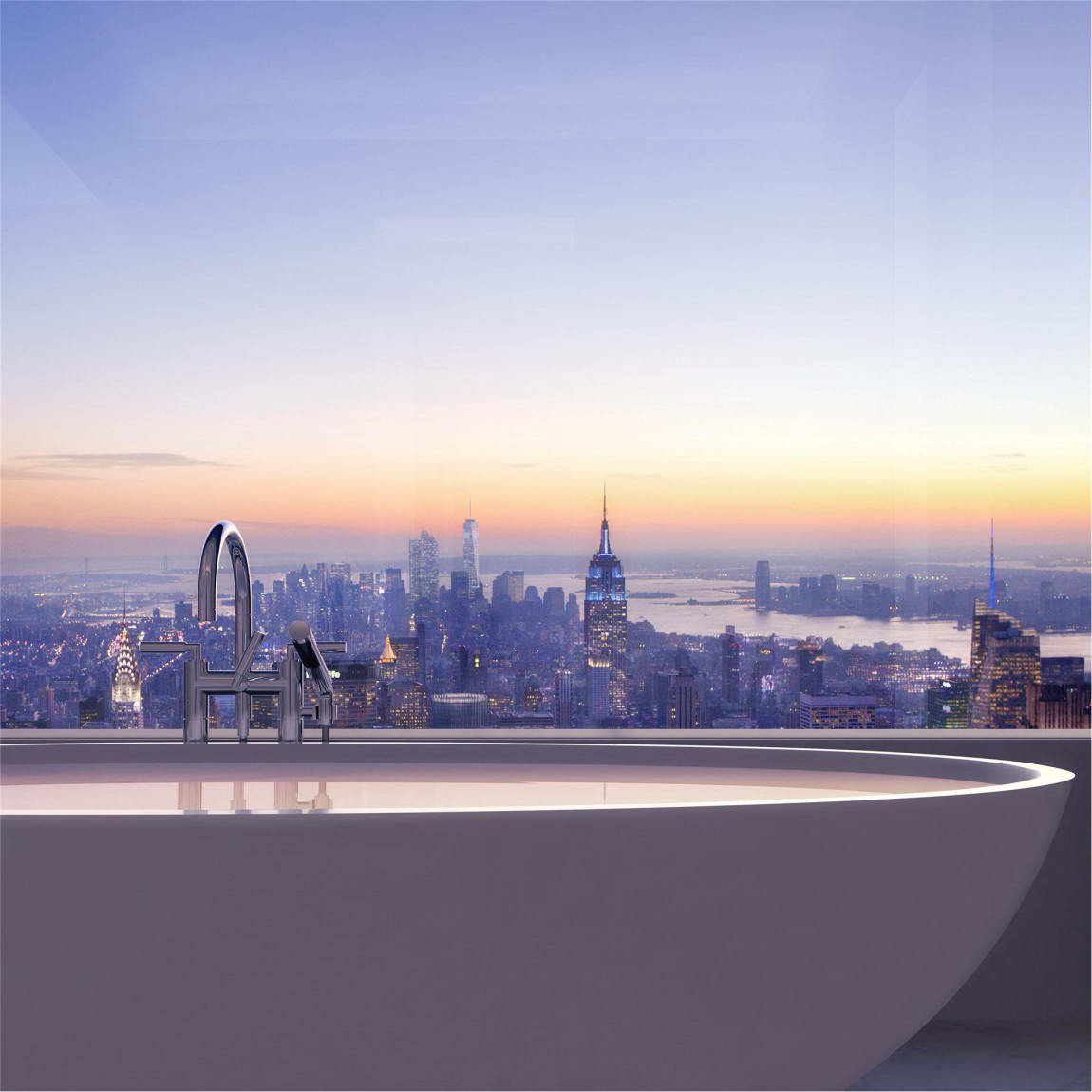 The building’s amenities include a lap pool, with incredible views out double-height windows. 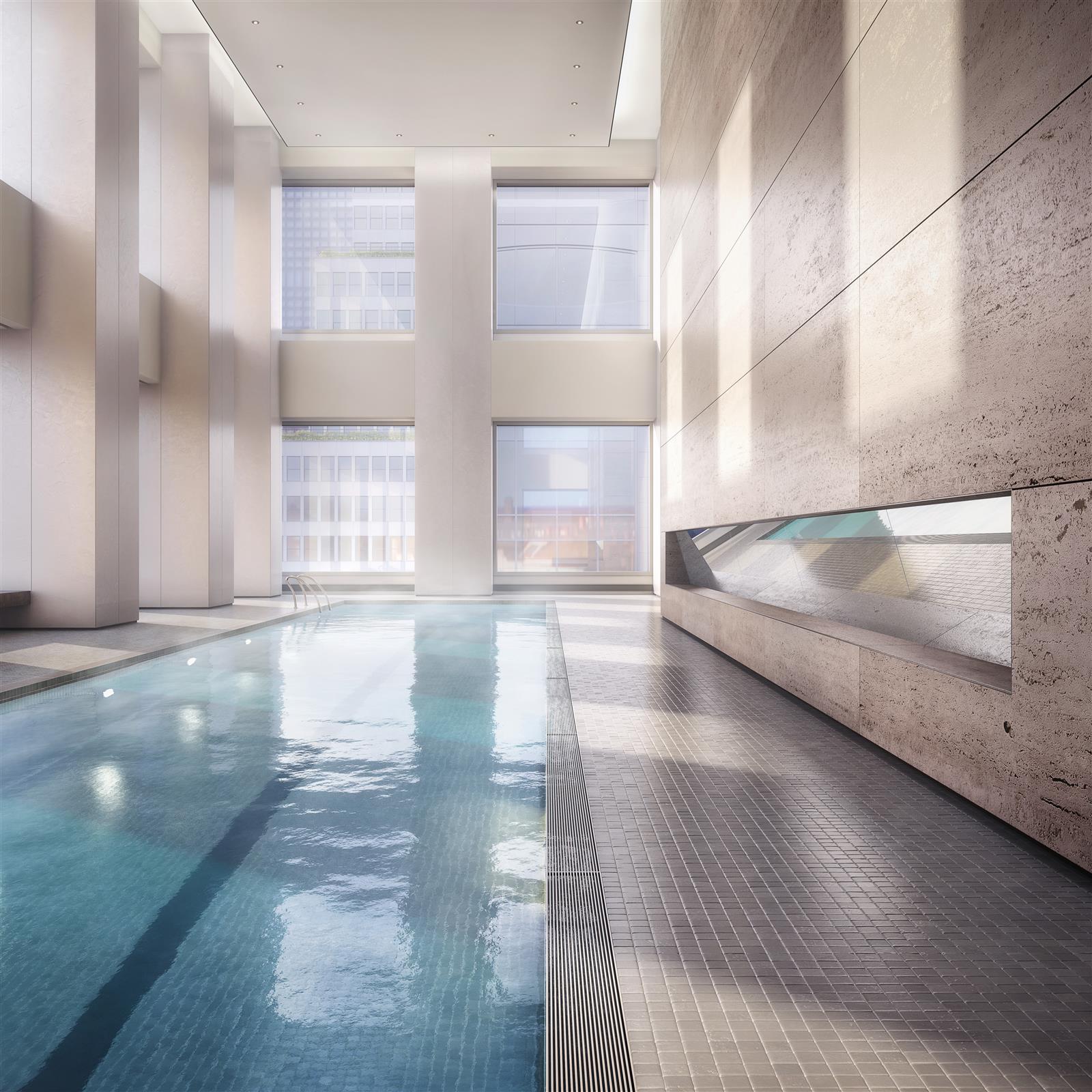