The famous Golden Arches of McDonald’s are instantly recognizable anywhere in the world, luring you with greasy fries, juicy nuggets and a variety of burgers.

But when the Golden Arches look like this, you may do a double take and wonder if this is the same fast-food restaurant. 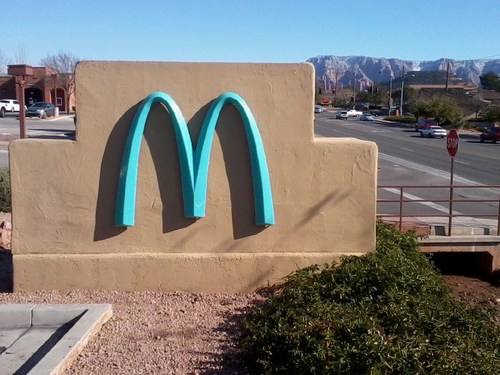 The blue M can be spotted in Sedona, Arizona, an American town well-known for its massive red rocks and picturesque desert views. And yes, the Blue Arches are genuine. 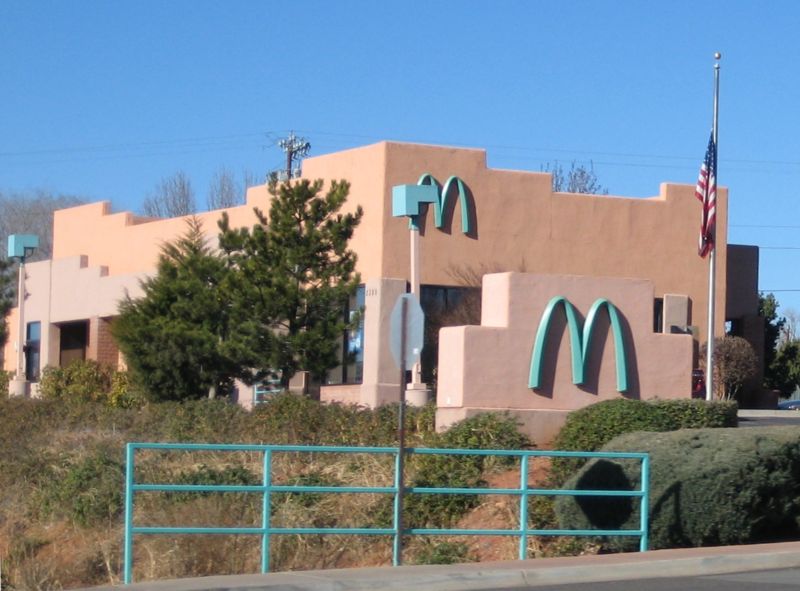 When McDonald’s applied to situate a restaurant in Sedona, they met with significant resistance centered on their trademark Golden Arches – it seems that the glaring yellow M would clash with the beautiful scenery. 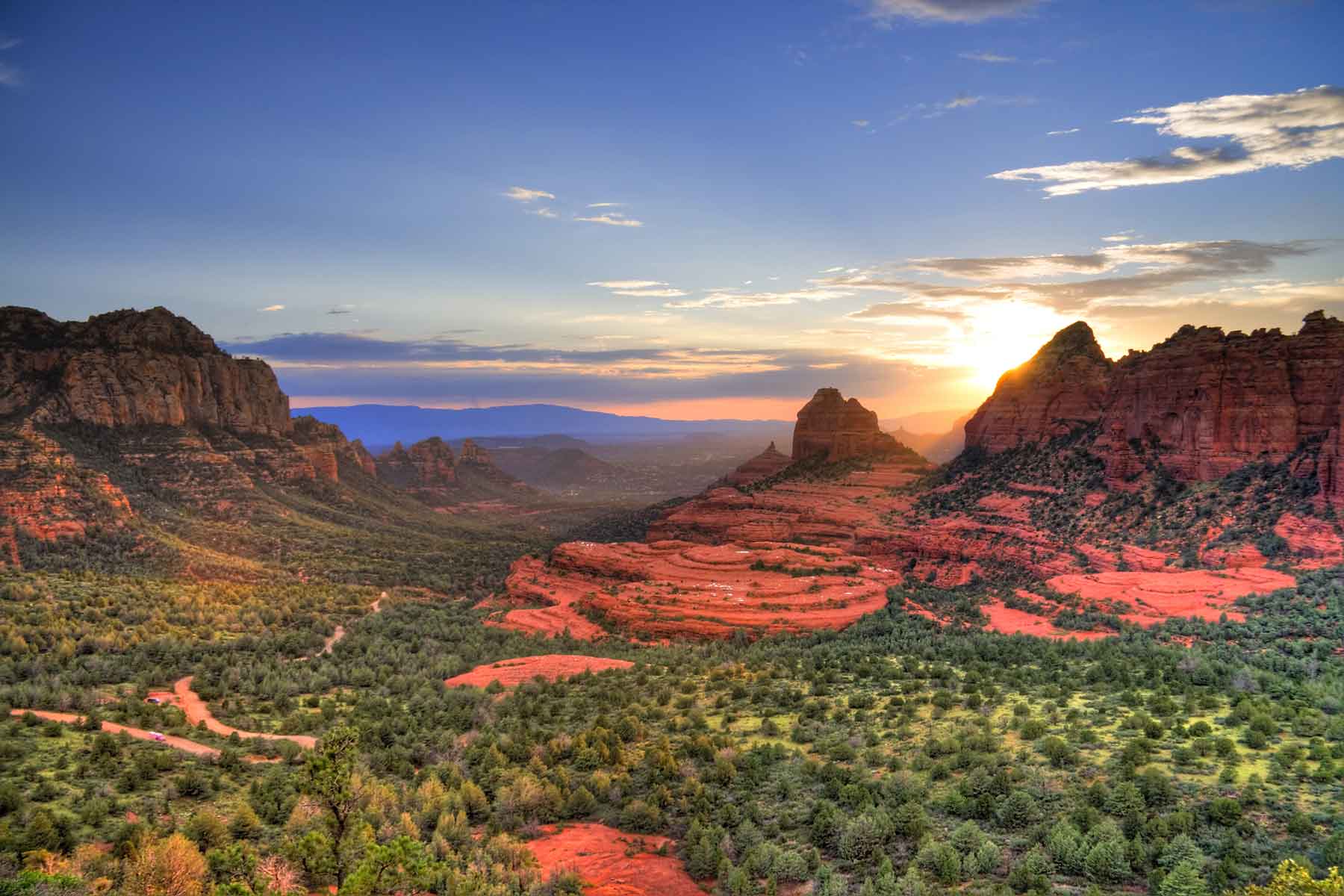 McDonald’s was asked to select a different color for the arches and the company’s first submission, turquoise, was accepted. 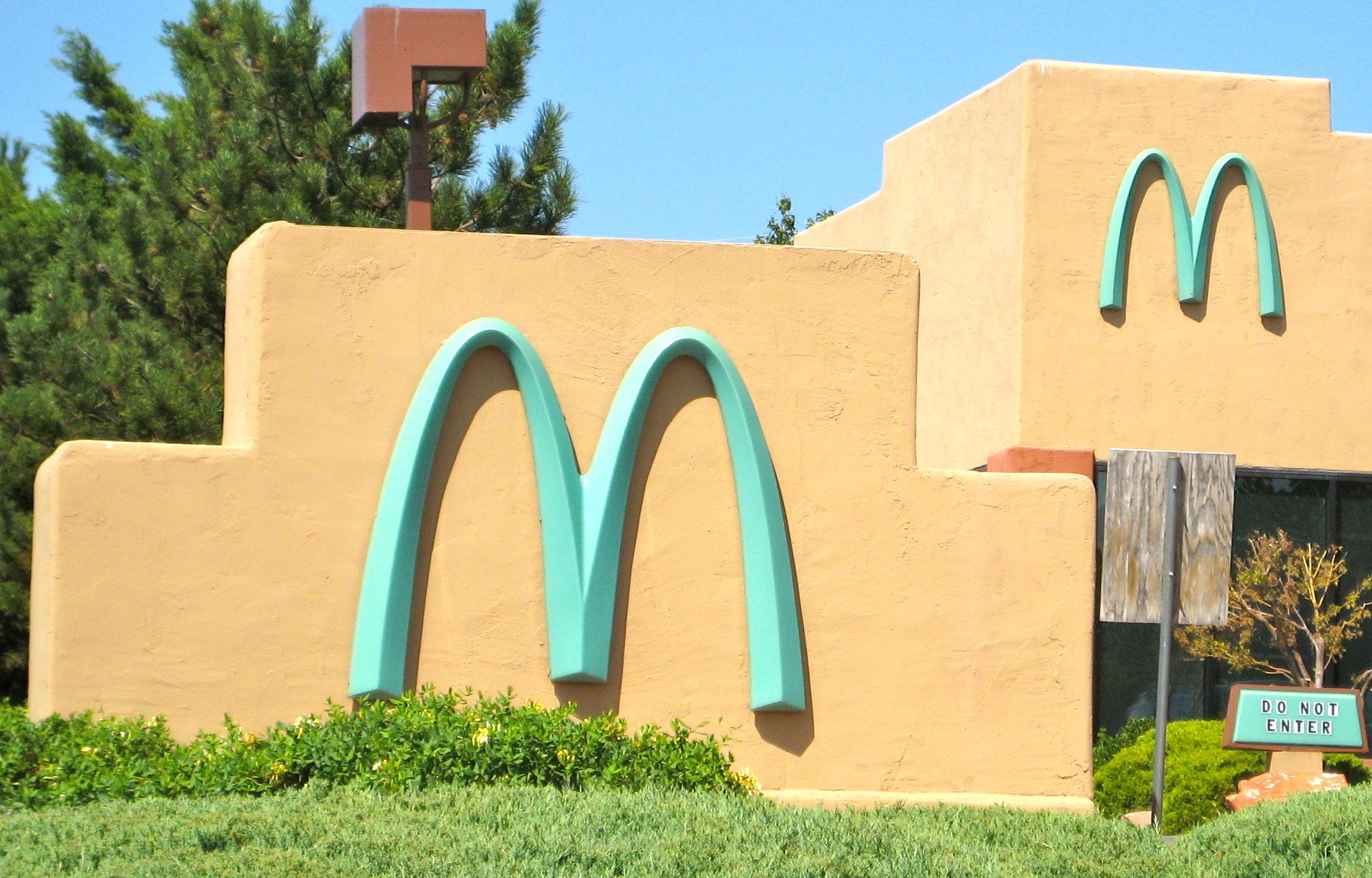 This was the first time ever, in the whole world, that McDonald’s had made such a change to its logo. 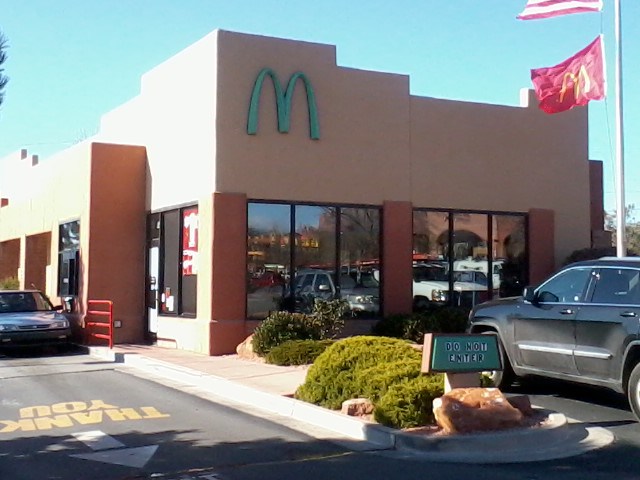 Since then, the McDonald’s branch in Sedona has become a tourist attraction of its own. People from all over come to have their photo taken in front of the blue M. 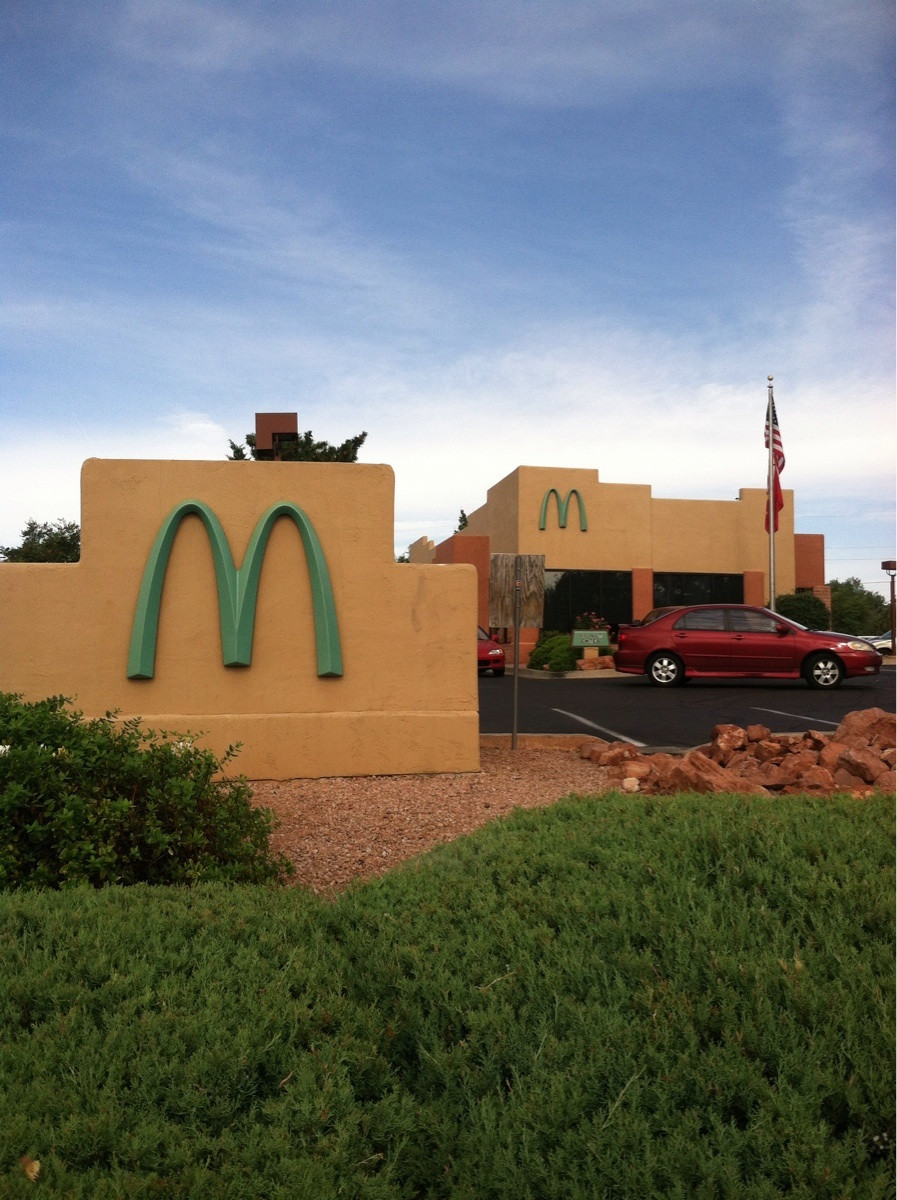