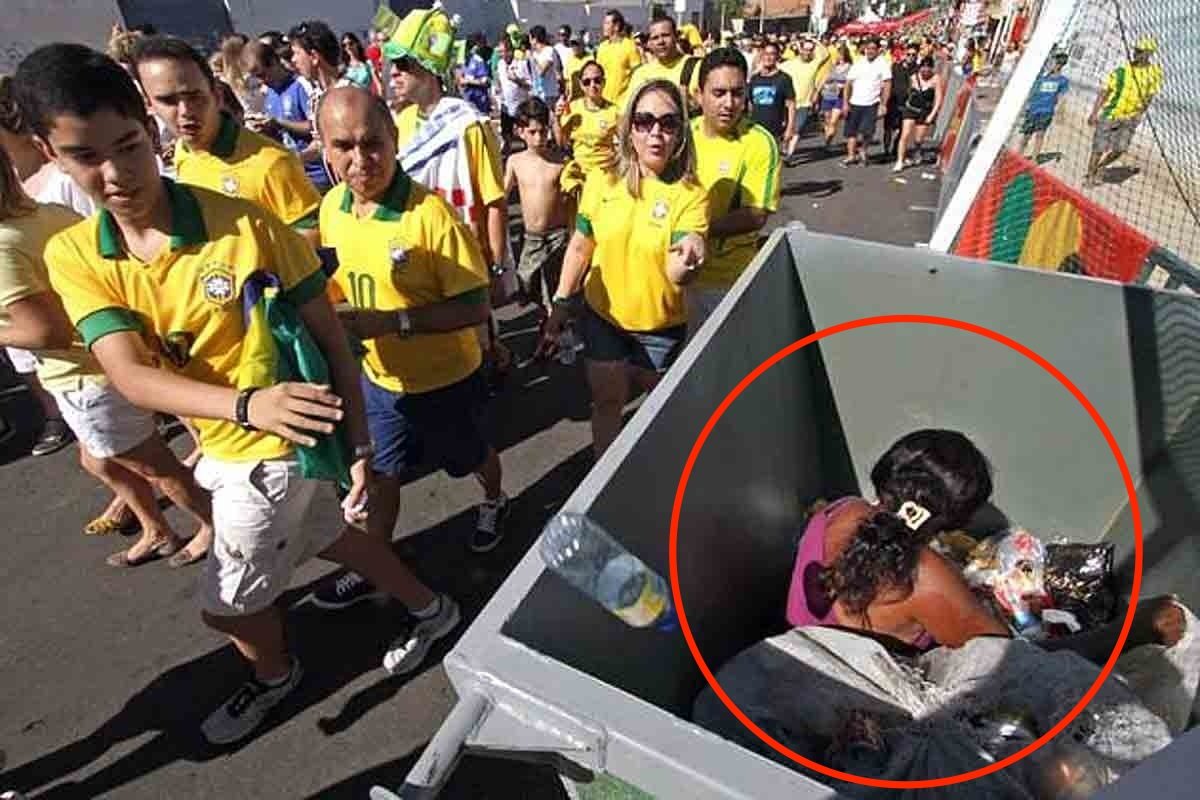 The World Cup 2014 has just started in Brazil and widespread protests and riots have already taken place at the tournament. Brazilians have been protesting the tournament since last June, when the country hosted the Confederations Cup, as a “dress rehearsal” for the much larger World Cup.

This photo, taken by photographer Edimar Soares during the Brazil vs Mexico match in the 2013 FIFA Confederations Cup, highlights a main reason why Brazilians are so furious about hosting the tournament.

“There’s a woman eating something inside a dumpster because she’s poor, while people are going to watch an expensive football match. I’ve seen that scene many times in my life in Brazil. THAT’S the problem,” explains Reddit user Acronopio,” who posted the image. “Probably, but it doesn’t happen as often as in Brazil. And I think this should be a high-priority problem instead of spending a lot of money with stadiums, hotels and other expenses that no one will use them after the World Cup.”

The 2014 World Cup has cost Brazil a whopping $11 billion and, as many have noted, that money rarely results in any economic benefit for the country.

While the Brazilians love the World Cup, some say that the money is better used on infrastructure, schools and hospitals.