We all know what famous Disney princesses and characters look like in the cartoons, but what about in real life? How do their beautifully exaggerated features translate into real humans?

Pretty good, I must say!

Here are the Disney characters brought to life by celebrities. 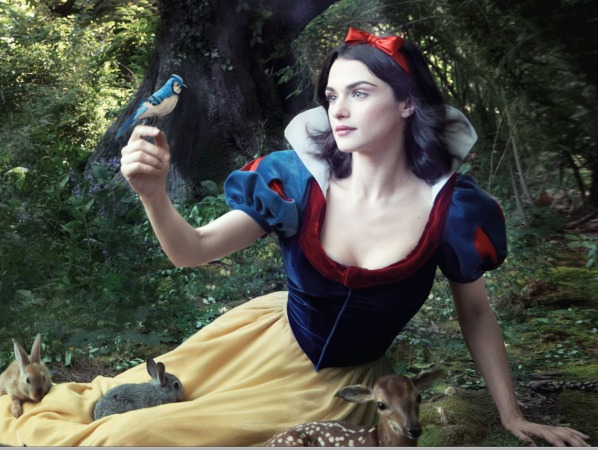 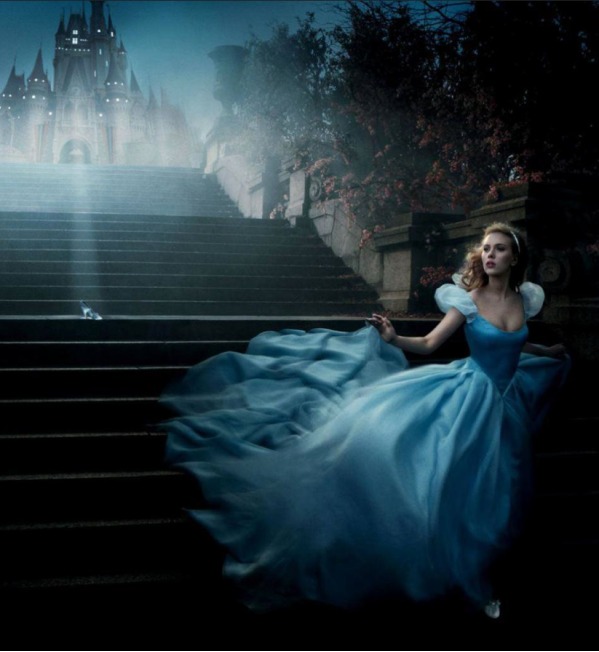 There’s so much drama in this image we can almost hear music! Photographer Leibovitz captures this moment with Johansson like a cinematographer. 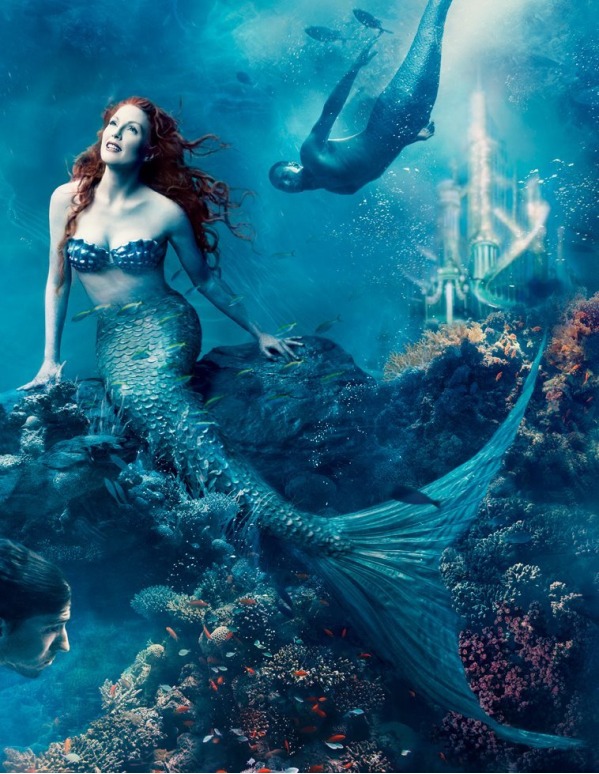 Julianne Moore with her flowing red tresses as Ariel, is at home in the ocean kingdom of Atlantica. 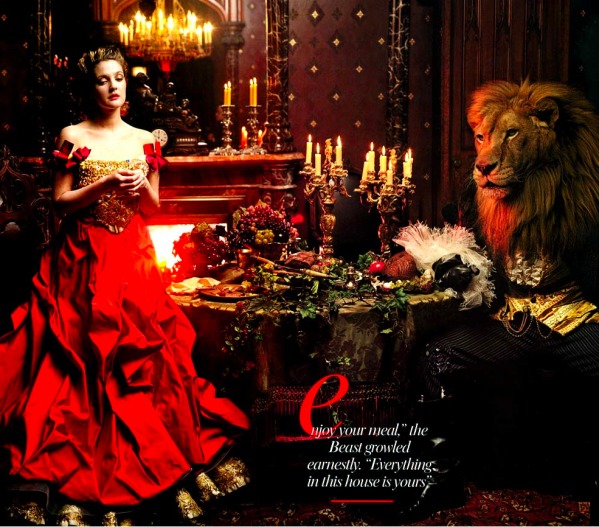 Barrymore looks a bit ambivalent but then again, ‘Beauty and the Beast’ is the most complex of Disney’s tales. 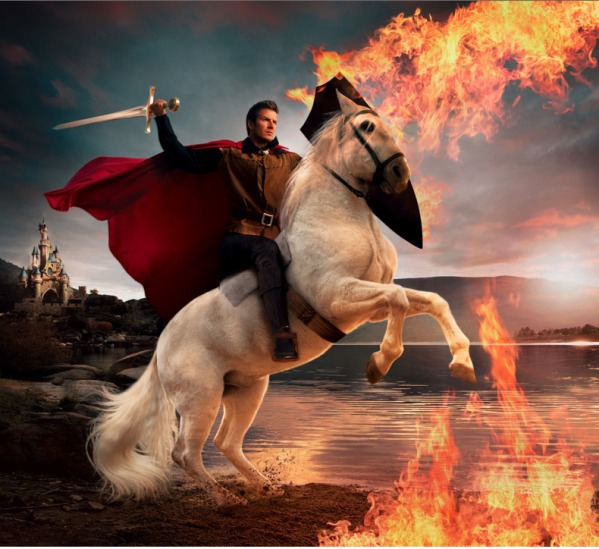 Dashing David Beckham is a celeb royalty of sorts and so fitting as the hero in the tale of ‘Sleeping Beauty’. Photographer, Annie Leibovitz works magic behind the lens for each Disney character! 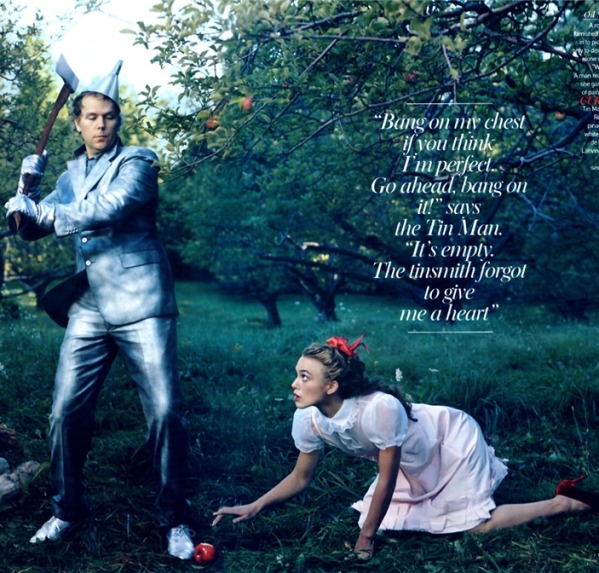 Keira Knightley as Dorothy and artist, John Curry maneuver together through the Land of Oz… although Knightley looks quite worried with Curry’s Tin Man axe skills!

7. Penelope Cruz as Belle and Jeff Bridges as the Beast Prince 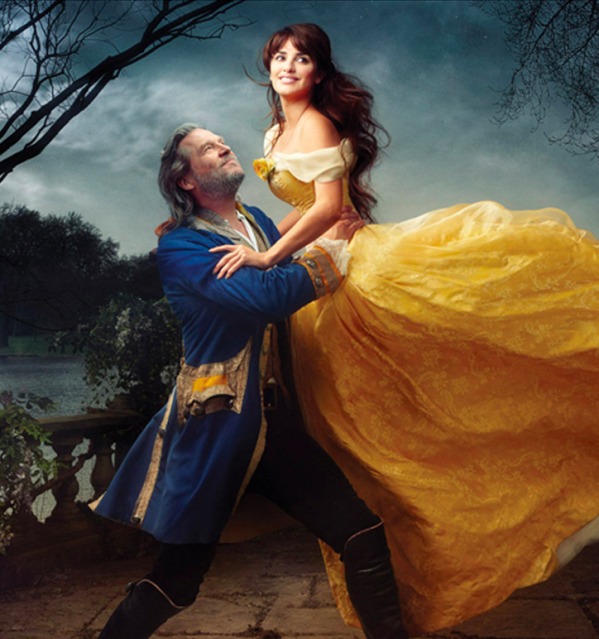 We love Jeff Bridges as the transformed Beast Prince. He has the acting chops to pull this complex character off! Penelope Cruz also looks quite the part of Belle in the ‘Beauty and the Beast’.

8. Jack Black, Will Ferrell and Jason Segel as ghosts at Disney’s Haunted Mansion 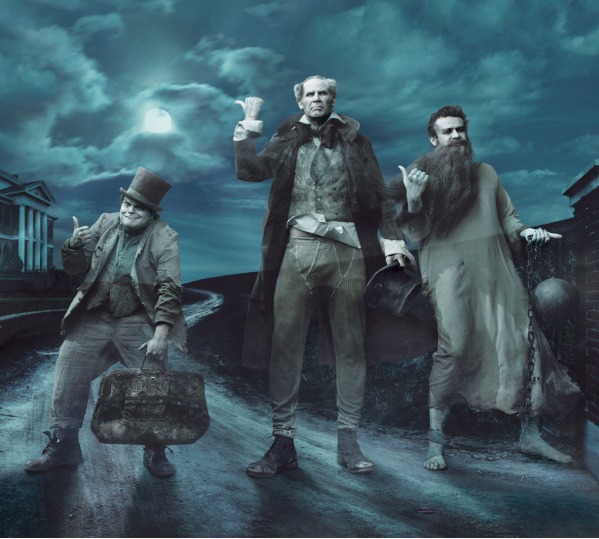 We won’t be picking up these spooky hitchhiking ghosts.. Jack Black, Will Ferrell and Jason Segel! They’re both scary and hilarious! It must’ve been a whole day of laughs at the photo-shoot! 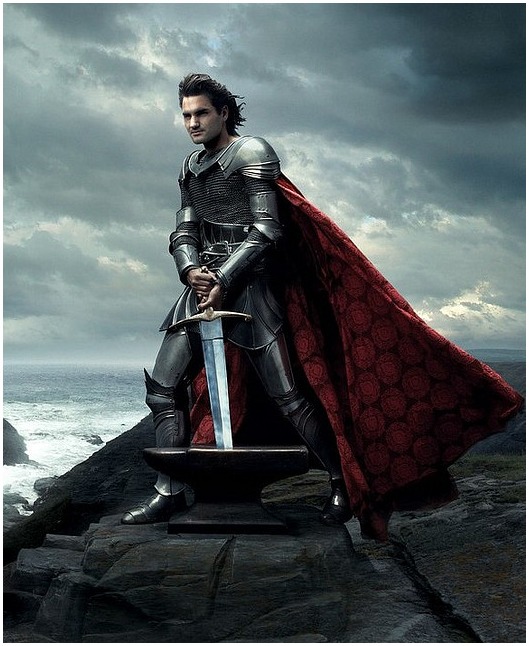 Federer does rule the court.. the tennis court that is, but here he cuts a dashing King Arthur, ready to defend his royal court as well! 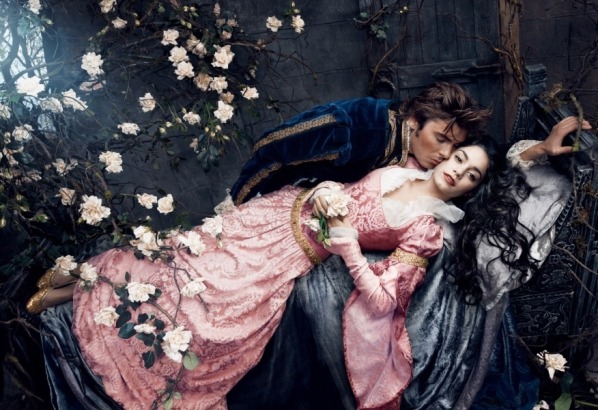 We know Zac Efron and Vanessa Hudgens aren’t dating anymore, but they sure were a gorgeous couple and picture perfect as Prince Philip and Princess Aurora.

11. Julie Andrews as the Blue Fairy 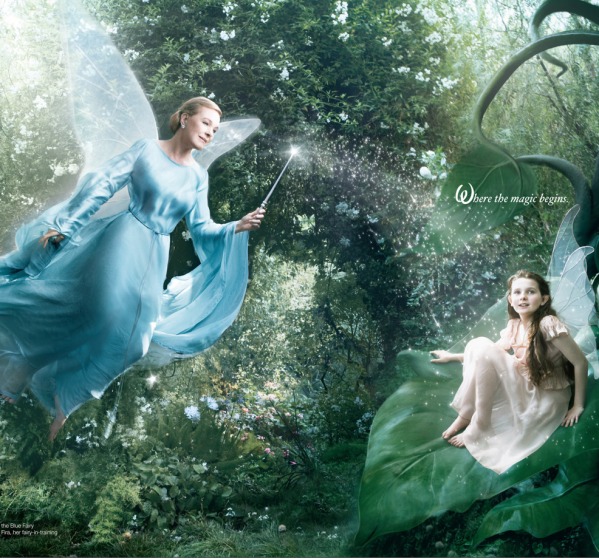 Julie Andrews as the Blue Fairy from “Pinocchio” with Abigail Breslin as Fira from “Disney Fairies,” are made extra wondrous by photographer Annie Leibovitz. 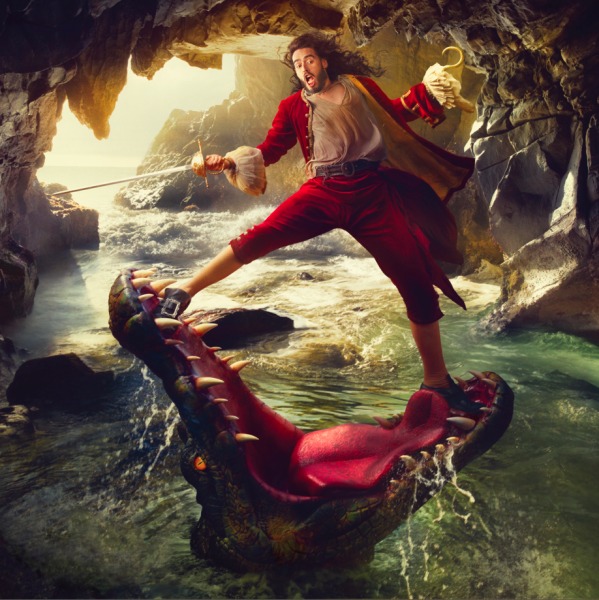 We always thought the British comedian sounded a little buccaneerish. 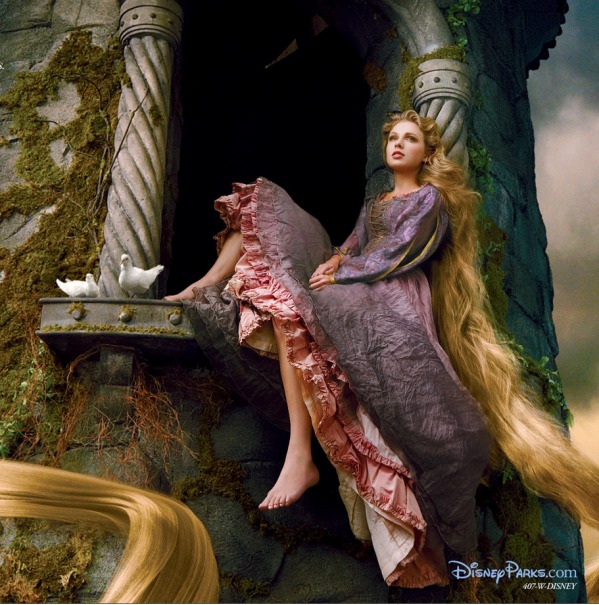 Taylor Swift lives an amazing charmed life not too different than a make-believe fantasy Princess, and so she naturally makes a good match for Disney’s fair-haired heroine, Princess Rapunzel!

14. Beyonce, Oliver Platt, and Lyle Lovett as Alice in Wonderland, the Mad Hatter, and the March Hare 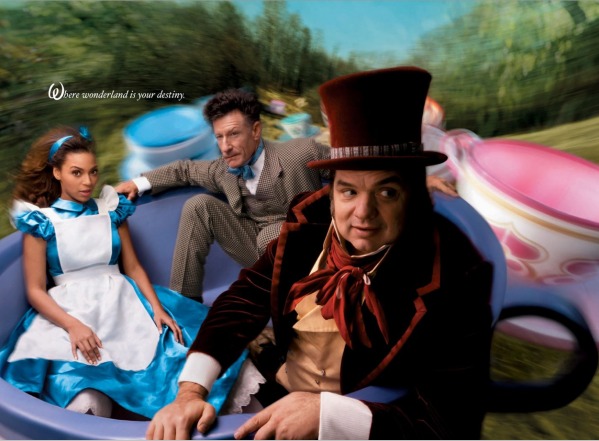 Who would’ve guessed we’d see Beyonce, Oliver Platt, and Lyle Lovett together in one spot and furthermore, as Alice in Wonderland, the Mad Hatter, and the March Hare! 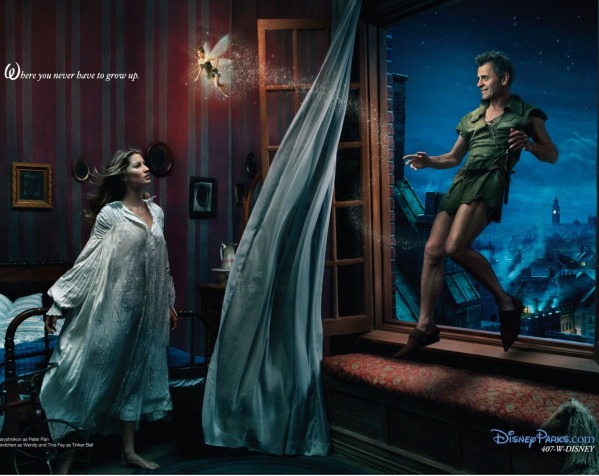 Magically Mikhail Baryshnikov, Gisele Bundchen, and Tina Fey are as Peter Pan, Wendy, and Tinker Bell! Get ready.. it’s going to be a wondrous evening!

Which of these Disney characters in real life are your favourites? Share them with your friends!