Eat Your Heart Out, Tom Cruise. These Are The Top 10 Most Handsome Samurai In Japan.

Samurai are legendary warriors and perhaps the most well-known class of people in ancient Japan. They were noble fighters that fought evil (and each other) with their swords and frightening armor, following a strict moral code that governed their entire life. 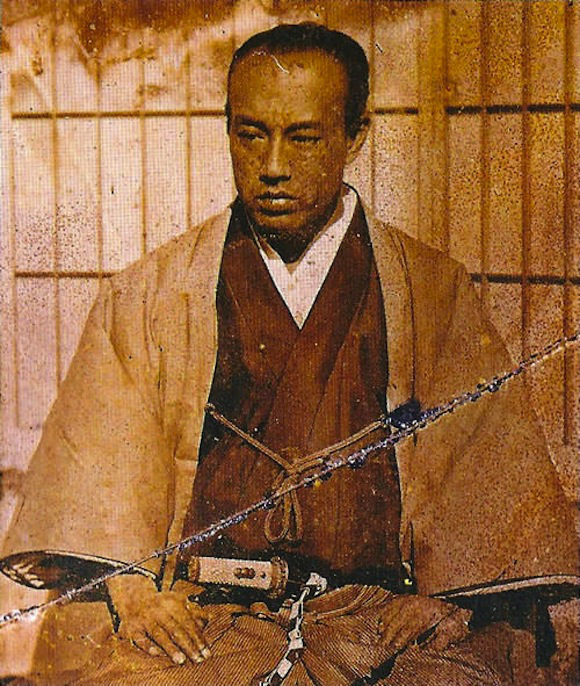 In at number 10, the first of our daimyo (powerful feudal lords. is striking an impressive pensive pose. He’s been coloured in sepia, but we like to imagine he was actually dressed entirely in brown this day. In fact, with that dashing brown-and-white neckline combo, he looks a bit like that Texas schoolteacher who wore the same outfit every year for forty years! 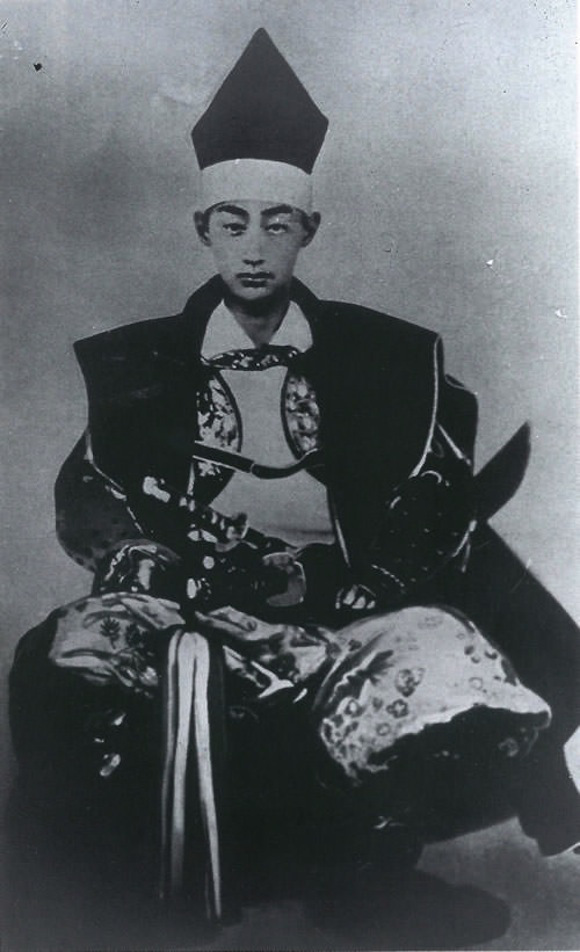 Matsudaira came in at number 13 in Bakumatsu Gaido’s ranking, just missing out on a top ten ranking. Older siblings get all the luck! 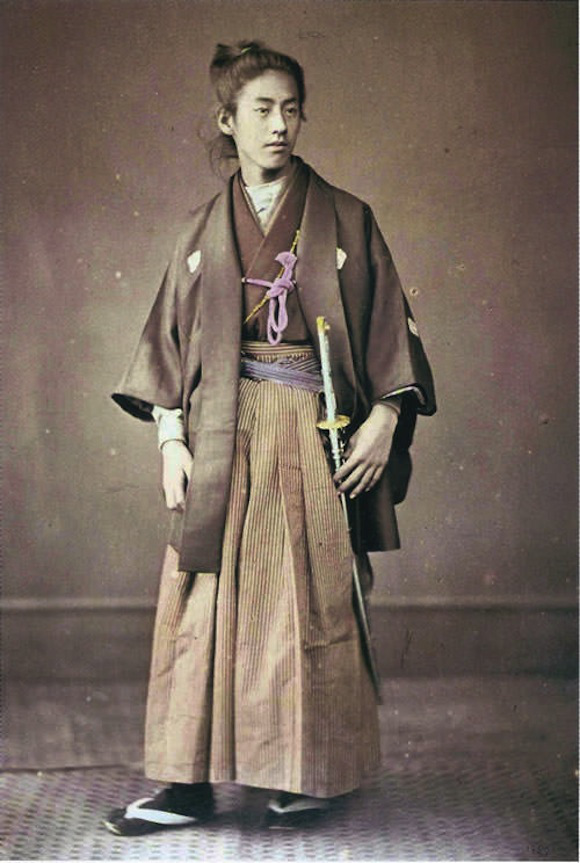 Apparently Okudaira is famous for his beautiful hands. He does seem to have very big hands (and feet!. in this photo. Actually, we’re not sure what else he’s famous for, but this photo is a great example of how colour retouching can bring the look of an old photo right into the modern era. Check out that awesome topknot, too! 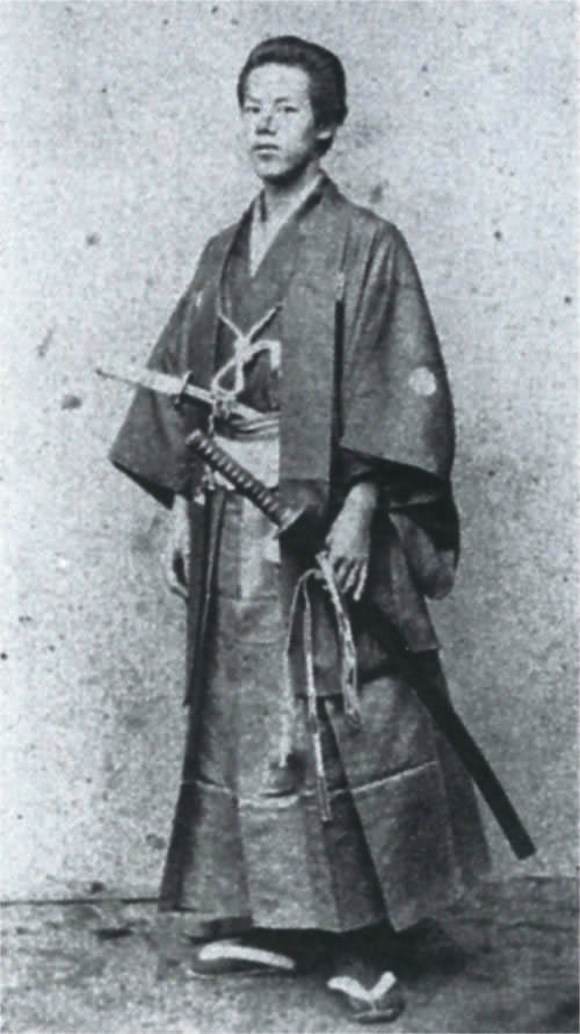 Jojiro’s father Ogata Koan was the doctor who brought Western medical knowledge into Japan during the period when it was closed to foreigners. With that stern gaze, we wouldn’t like to take him on in a staring contest, anyway. 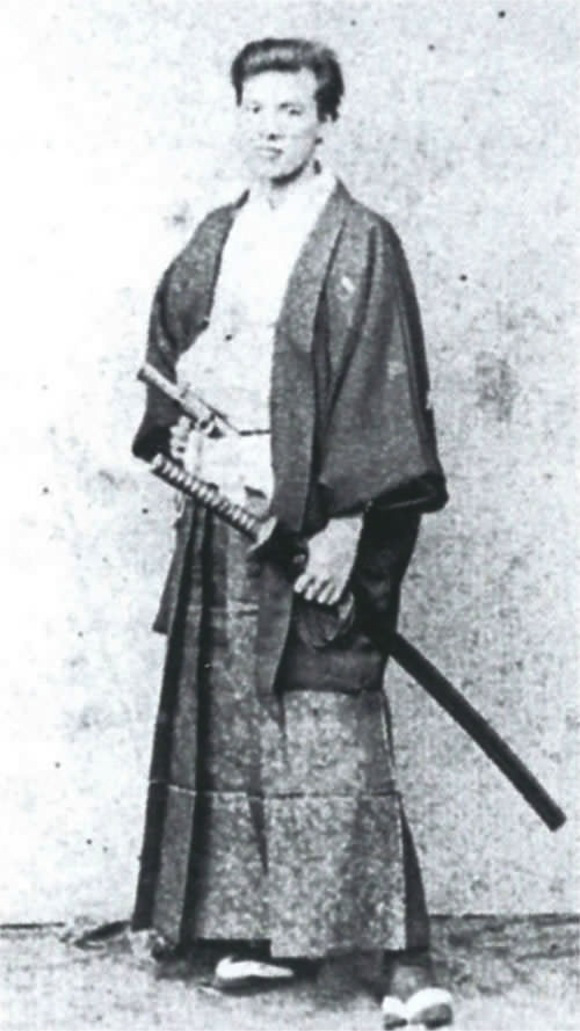 This adventurous guy went to study abroad in Russia, which might explain the slight hint of smugness adorning his smile in this photo. 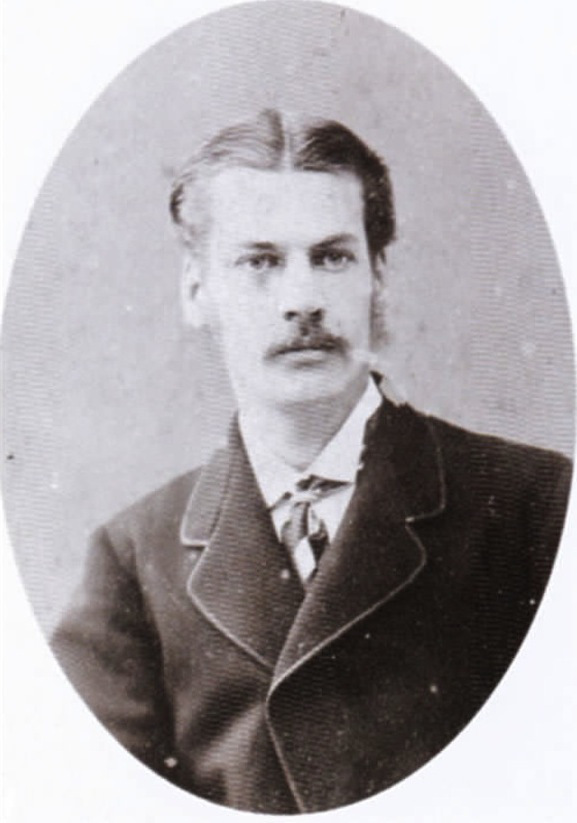 The only non-Japanese person to make the list, Satow was a British diplomat and translator who played a key role in Anglo-Japanese relations during Bakumatsu (the end of the Edo period). Not a samurai at all, then! He’s better known in Japan than in other countries – even the UK – despite the impressive precision of his hair parting. He loses points for that terrible tie, however. 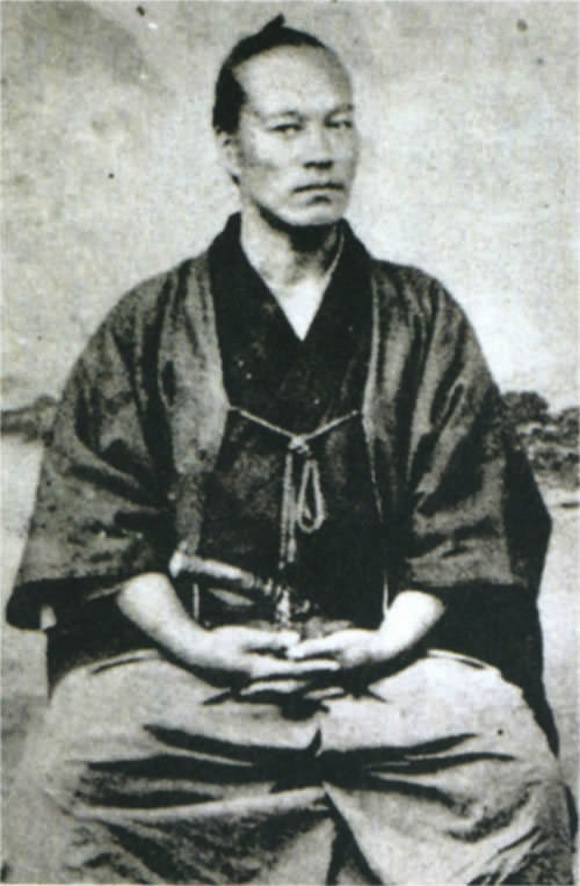 By the end of the Edo period (also called the Tokugawa era), the majority of samurai had become bureaucrats and courtiers, rather than armed fighters. Not this guy! Tesshu founded the school of swordsmanship that was to become the basis of modern kendo. Also renowned for his ability to drink large quantities of alcohol. 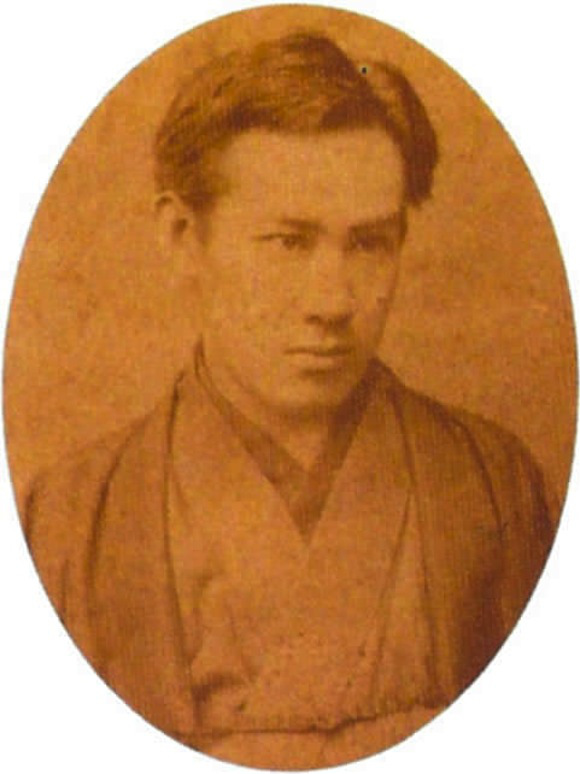 Mr. Mizuno has a piercing stare that looks like it could shoot some good laser beams if he’d only been born a few centuries later. Wonderful foppish hair, too.

Before we enter the top three, another BONUS ikemen guy: Enomoto Takeaki! 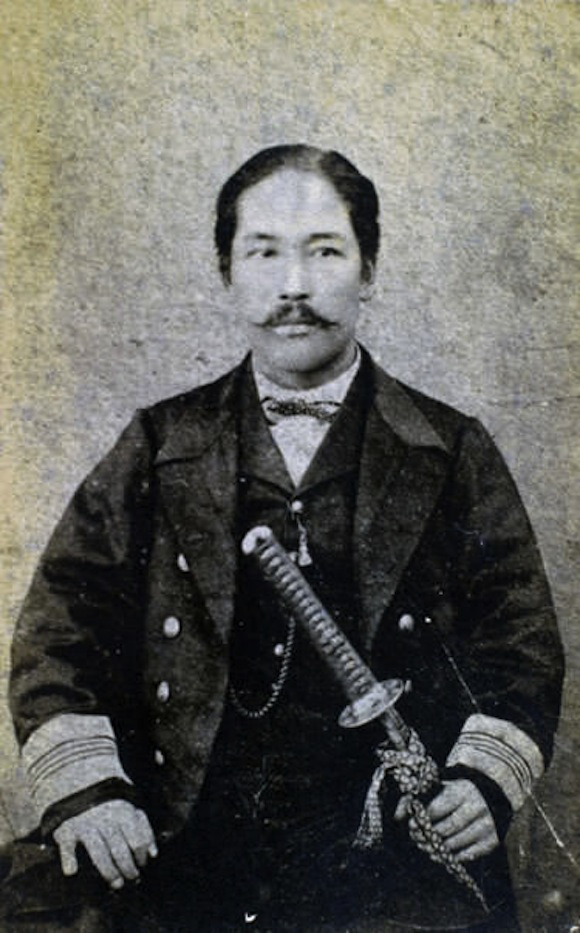 Samurai (and navy admiral. Enomoto sports an excellent mustache, probably acquired during his time studying western technology in Europe. He kept his dashing good looks and distinctive facial hair later in life, too. Here he is as Foreign Minister at 56: 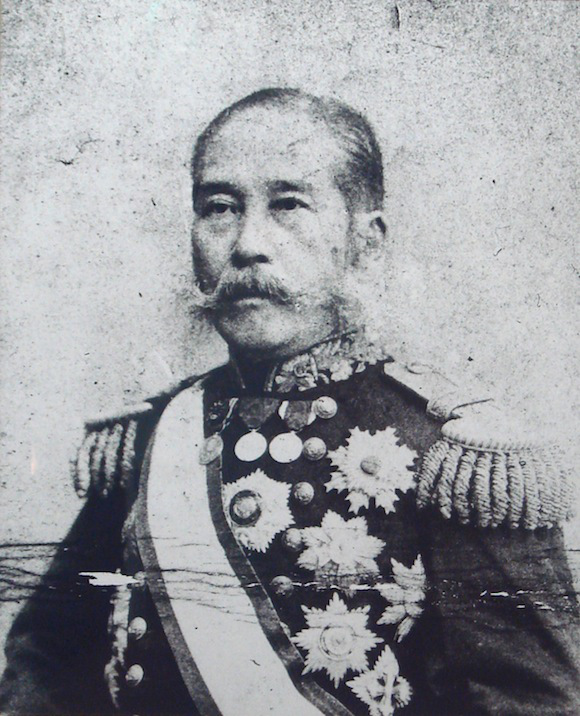 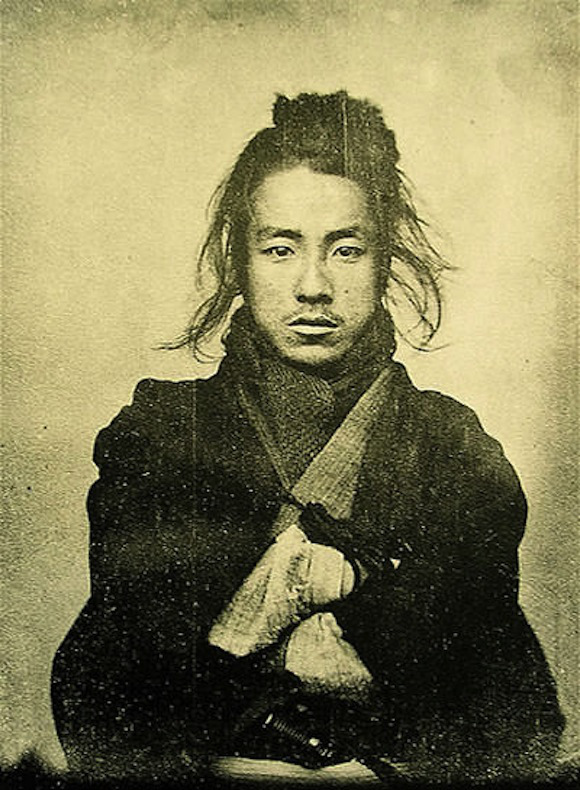 Actually, this guy’s inclusion involved a little bit of rule-bending – he was more of a dentist than a samurai, and this photo is from the Meiji era (after the Edo period). In this oddly modern-looking picture, his arms are folded defiantly as he stares down the camera. Rocking some 5 o’clock shadow there too! 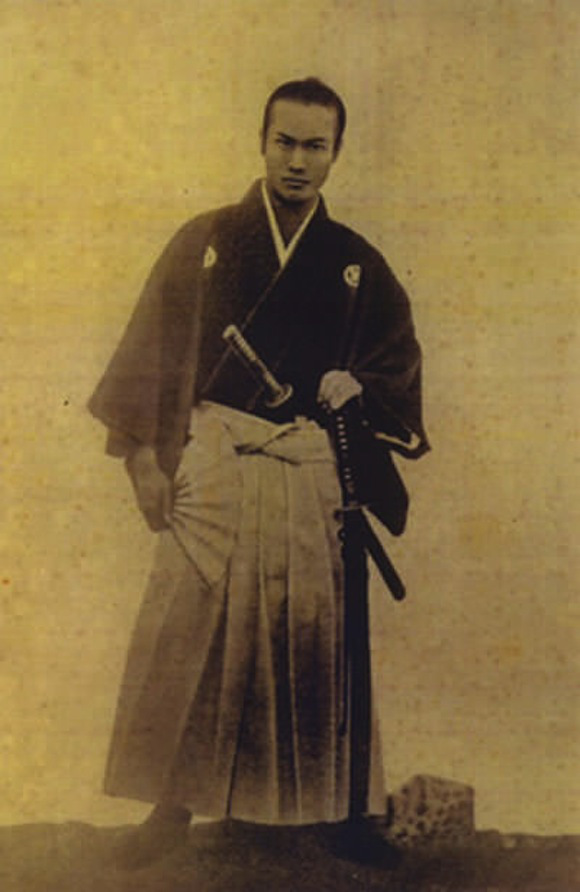 Looks like he’s wandered off a movie set out of a dry-ice haze. Heikuro was adopted by Shibusawa Eiichi, the founder of the Tokyo Stock Exchange. Bonus points in this photo for his coordinated accessorizing with a fan. 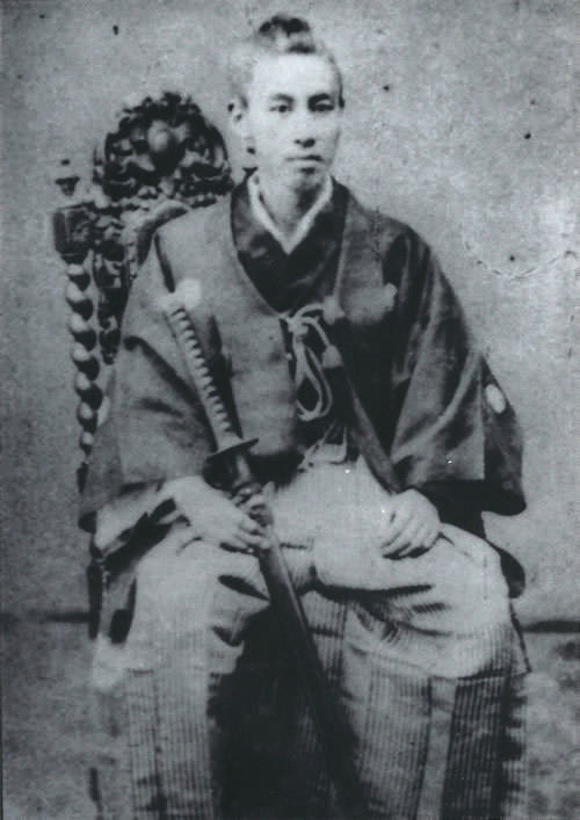 In the top spot, Mr. Yokoyama looks like someone we could trust to feed the cat while we were away on holiday. He died tragically young in battle, which adds an extra poignancy to his thoughtful-looking pose. And he seems to have the beginnings of a fledgling mohawk going on!

Share the photos of these hot Japanese samurai with your friends!