This Dog Got So Upset Over His New Haircut, He Did THIS For Two Days Straight. Unbelievable!

This little Pomeranian apparently got so upset with his new haircut that he started standing and walking around on his hind legs after he got back from the groomers! 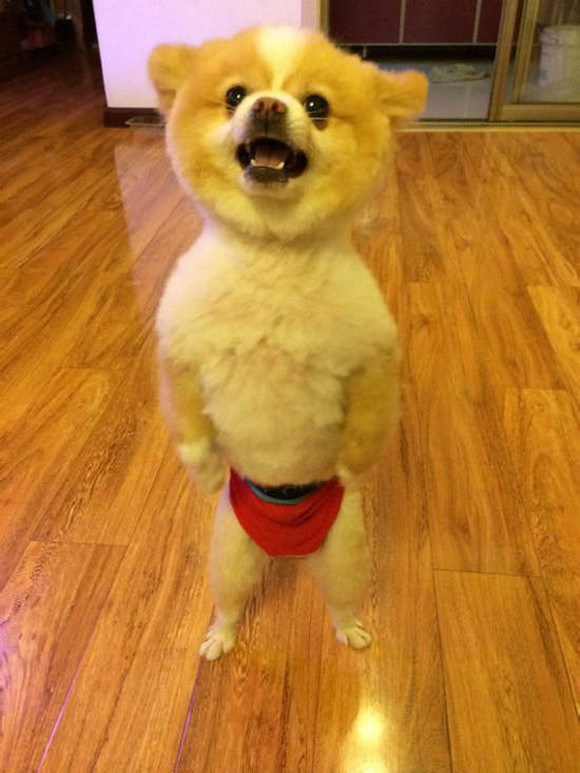 To prepare for the hot summer, Jin Dan’s owner took her precious fur-kid to the groomers to get a shave. When Jin Dan came home and saw himself in the mirror, he was so shocked, he stood up on his hind legs and refused to come down to all-fours.

He persisted with this awkward, two-legged posture for a couple of days, looking like a possessed teddy bear trying to pick a fight.

Jin Dan before his haircut. 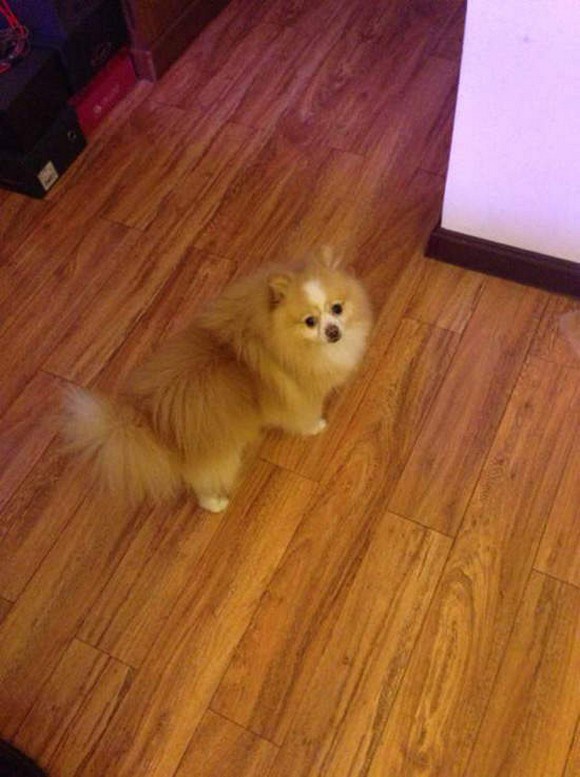 Jin Dan rebelling in the wake of his haircut. 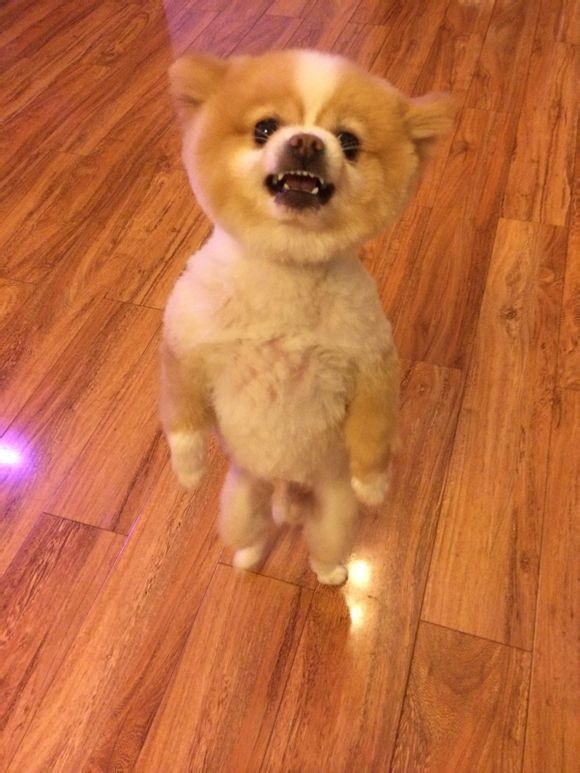 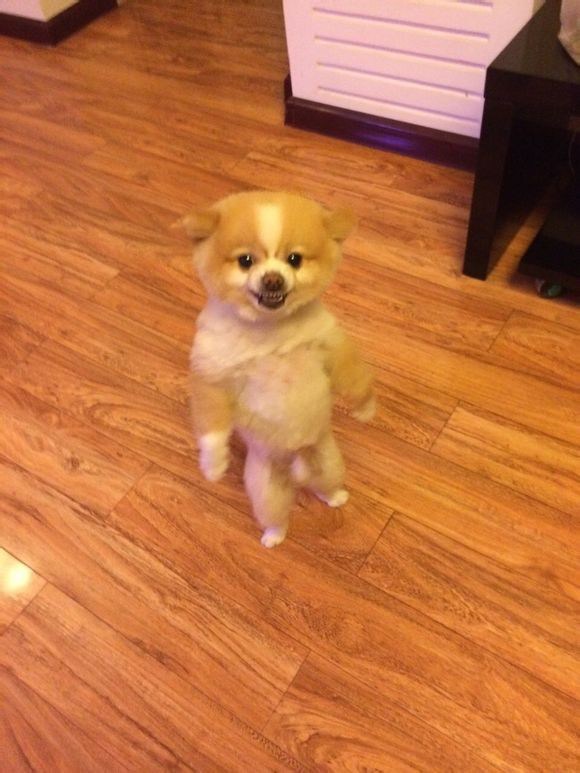 Growing increasingly concerned for her pooch, Jin Dan’s owner posted online seeking advice from other pet owners. She also tried putting clothes on Jin Dan and taking the pup out for walks, but even then, the traumatized dog reportedly refused to walk like a normal dog would. 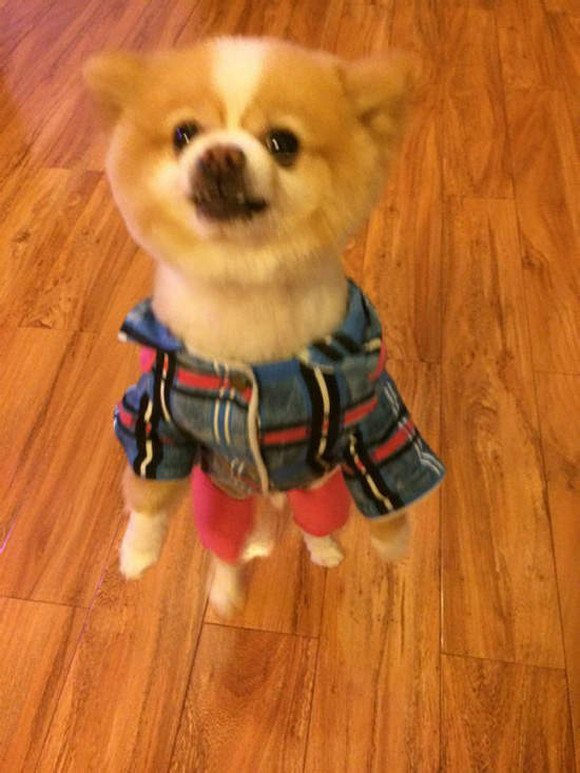 …but the clothes wouldn’t stay closed due to Jin Dan’s standing posture. 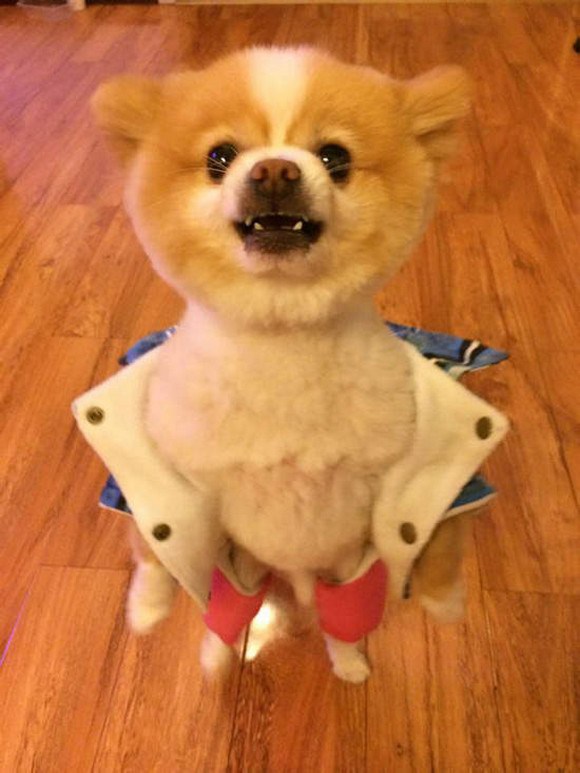 Some netizens commented that Jin Dan resembled Kon from BLEACH. 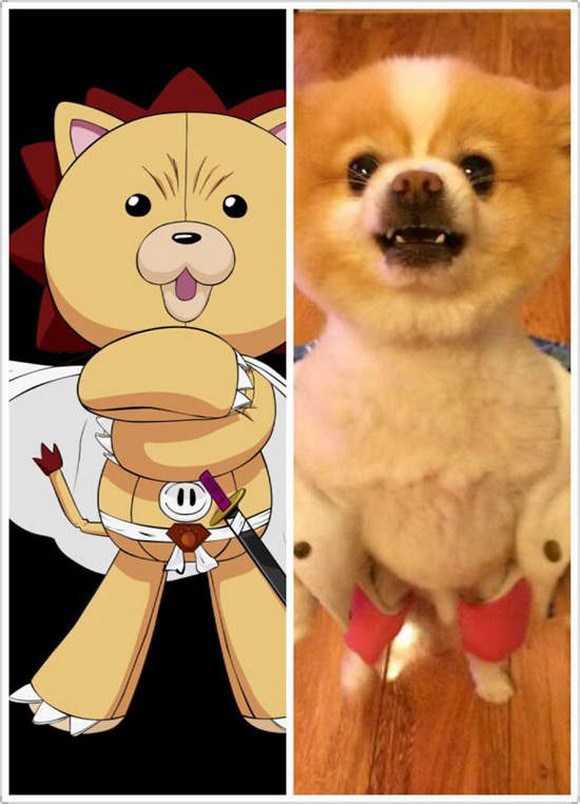 “Did you think I can’t walk on my hind legs outdoors? Hmph!” 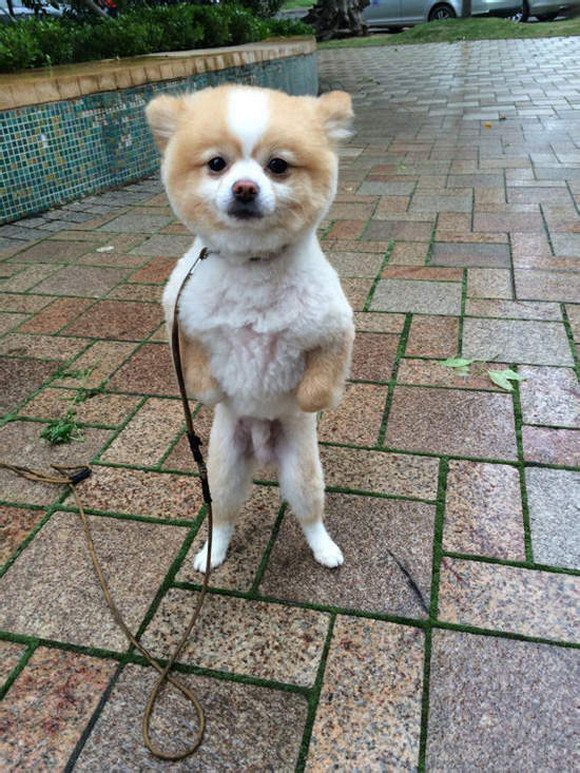 Even when he got tired, he’d just lean against a wall and rest. 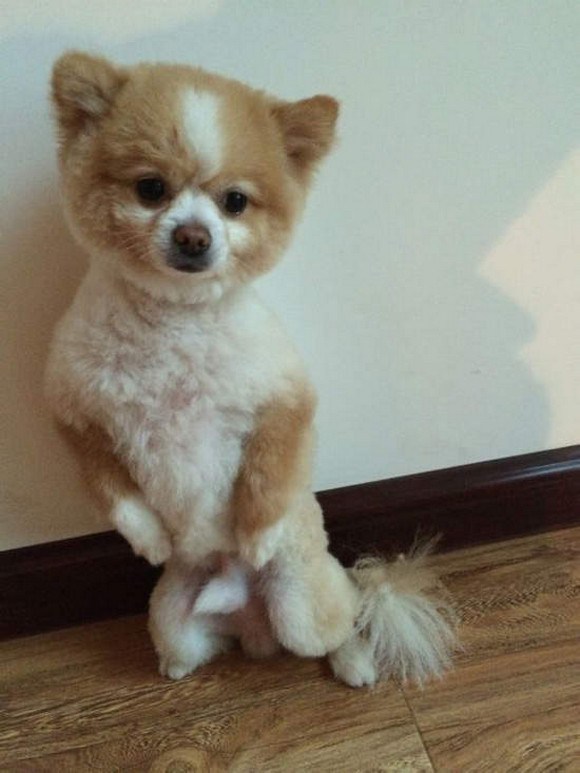 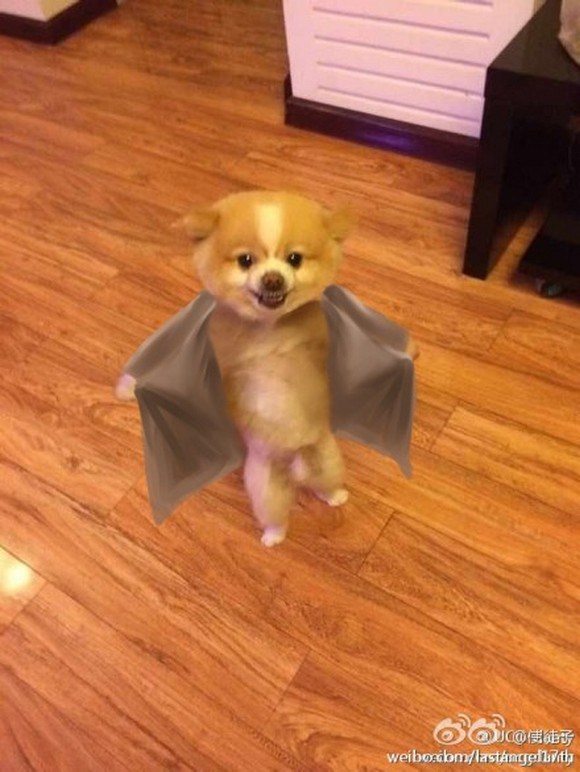 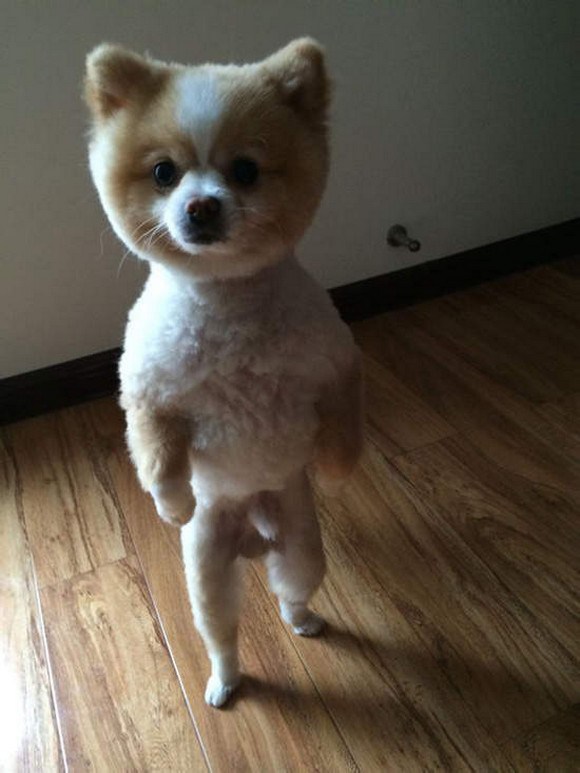 Jin Dan’s owner eventually took him to the vet, who said that the Pomeranian was probably psychologically affected by his haircut, and advised her to interact more with her pet. It took a couple of days, but eventually Jin Dan’s expression softened up, and he finally went back to walking on four legs like a normal, non-terrifying dog. 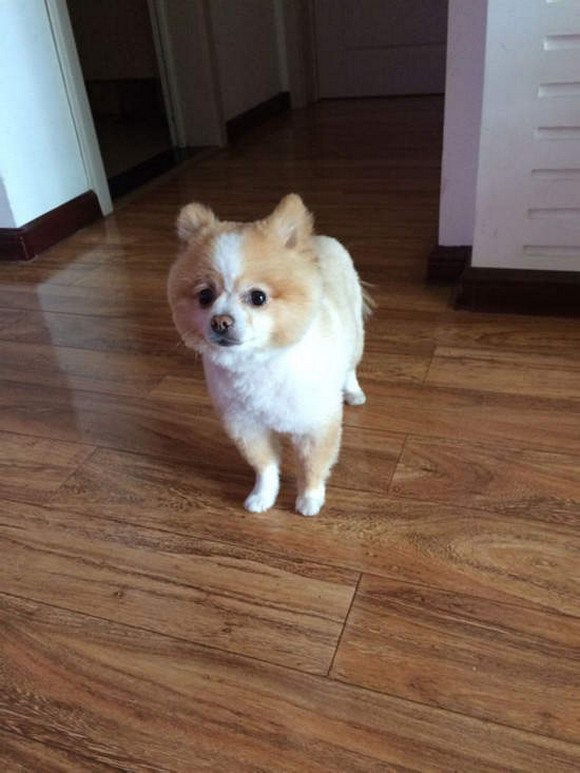 We’re so glad that this cute pooch managed to recover quickly from his hair grooming ordeal, though we must admit we laughed a little at the photos. If these photos made you smile, share this story with others below.