After 31 Wedding Anniversaries At Red Lobster, A Widow Got An Adorable Surprise When She Went Alone

A Reddit user that goes by the name Coppin-it-washin-it shared this beautiful story with other Redditors, and it quickly went viral.

For 31 years, his parents spent every wedding anniversary at Red Lobster. When his dad died, his sister took his mom out for dinner on their anniversary at a Missouri location. 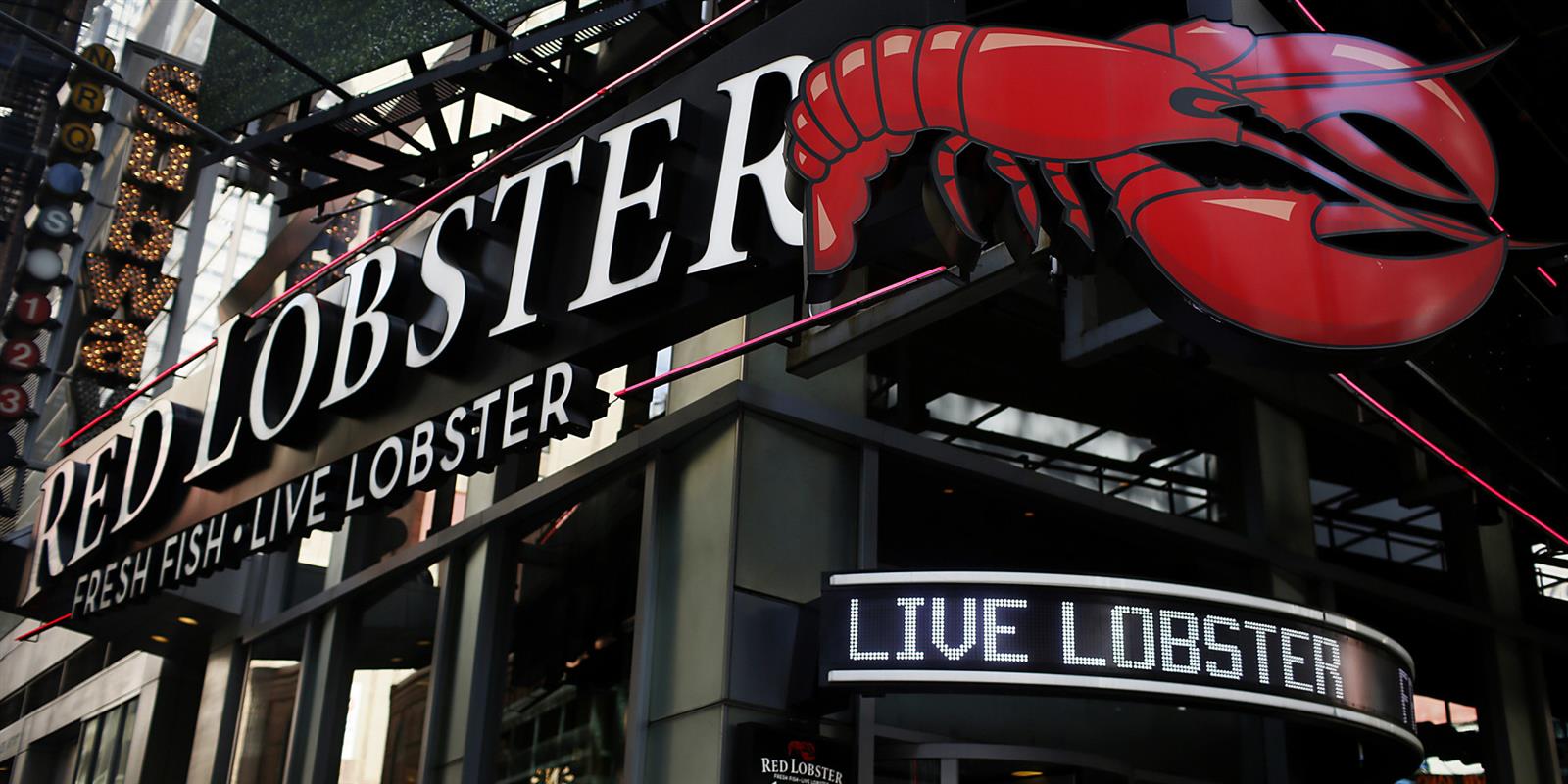 When they called for the bill, they instead received a note. 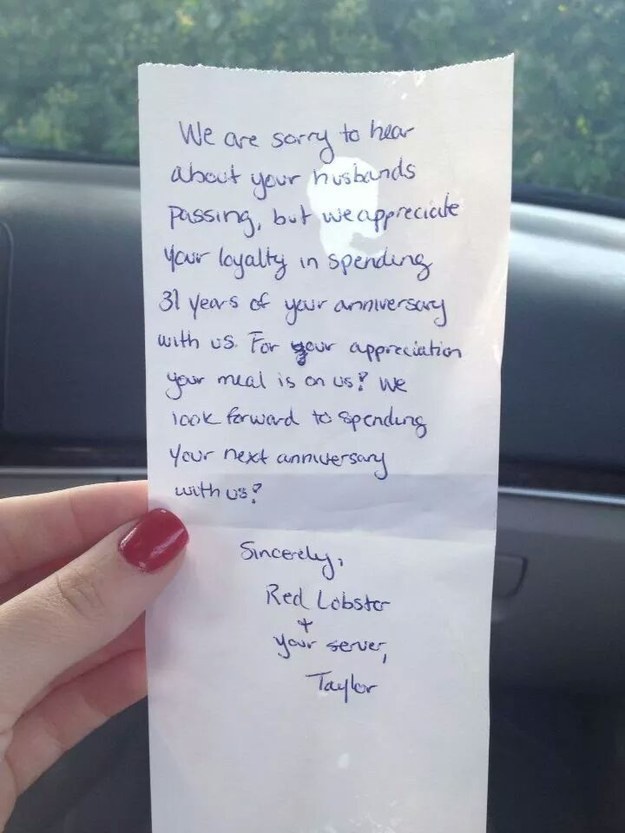 Here’s what the note reads:

According to their son,

The waitress asked if there was a special occasion or if they were just hungry. My sister explained that my parents had been going there every year for their anniversary. The waitress then asked why my dad wasn’t there and they explained how he had passed away in March. She said she was sorry to hear that and then it was just a normal meal like any other after that. Until they got the bill.

I’m not sure about you, but after hearing this heartwarming story, I had tears in my eyes. Humanity isn’t so bad after all! More people need to hear this story. Share this beautiful gesture by Red Lobster with others below.