Nutrition history is riddled with nonsense. People have been advised to do all sorts of strange things that challenge common sense. Some of these things are not only useless, but potentially harmful.

The worst part… a lot of this misguided advice is still being pushed.

Here are the top 5 contenders for the worst diet advice in history.

1. Throw Away The Egg Yolks, The Most Nutritious Part Of The Egg

Eggs are among the most nutritious foods on the planet. Just think about it… the nutrients in a whole egg contain all the building blocks needed to turn a single fertilized cell into an entire baby chicken.

There’s only one problem… the yolks also happen to be high in cholesterol. Because egg yolks are high in cholesterol, people believed that they would raise cholesterol in the blood. For this reason, mainstream nutrition professionals often recommend that we limit our egg consumption to 2-6 whole eggs per week.

However, most of them say we can eat more eggs than that… as long as we make sure to throw away the yolks. This is pretty much the worst thing you could do, because the yolks contain almost all the nutrients. The whites are mostly just protein. 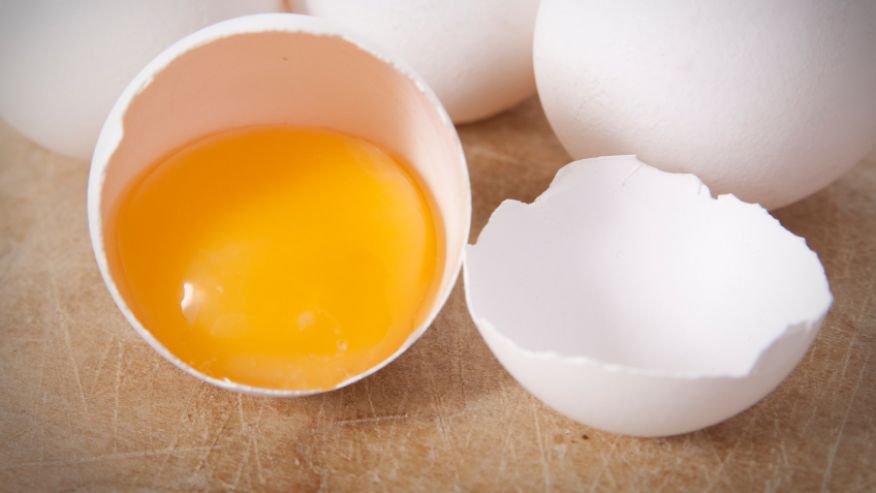 Many studies have looked at whole egg consumption and blood cholesterol… in 70% of people, eggs have no effect on cholesterol levels (1).

In the other 30% (termed hyper-responders), egg yolks raise HDL (the good) cholesterol and turn the LDL particles into the large, fluffy kind… which is not harmful (2, 3, 4). In fact, many studies, some of which included hundreds of thousands of people, have looked at whole egg consumption and the risk of heart disease in healthy people and found no association between the two (5, 6, 7).

Additionally, let’s not forget that eggs have many amazing benefits.

Eggs are also among the most weight loss friendly foods you can eat. Replacing a grain-based breakfast with eggs can increase fullness and make you eat less, helping you lose weight (13, 14).

To top it all off, eggs are cheap, easily prepared and taste amazing. Really… whole eggs are pretty much nature’s perfect food. Throwing away the yolk is the absolute worst thing you could do.

2. Everyone Should Eat a Low-Fat, High-Carb Diet… Even Diabetics

The universal advice to eat a low-fat diet was never based on good science. It was originally based on a few poorly conducted observational studies, animal experiments and misguided political decisions.

Even though there was no evidence that saturated fat caused heart disease at the time (and still isn’t), some scientists were convinced that it was harmful and that a low-fat diet would prevent heart disease. This has been the official position of the governments and mainstream health organizations around the world for decades. At the same time, rates of obesity and type 2 diabetes have skyrocketed.

Since then… many massive studies have been conducted on the low-fat diet.

The biggest and most expensive diet study in history, The Women’s Health Initiative, randomized 48,835 women into groups… one ate a low-fat diet, the other group continued eating the standard Western diet. 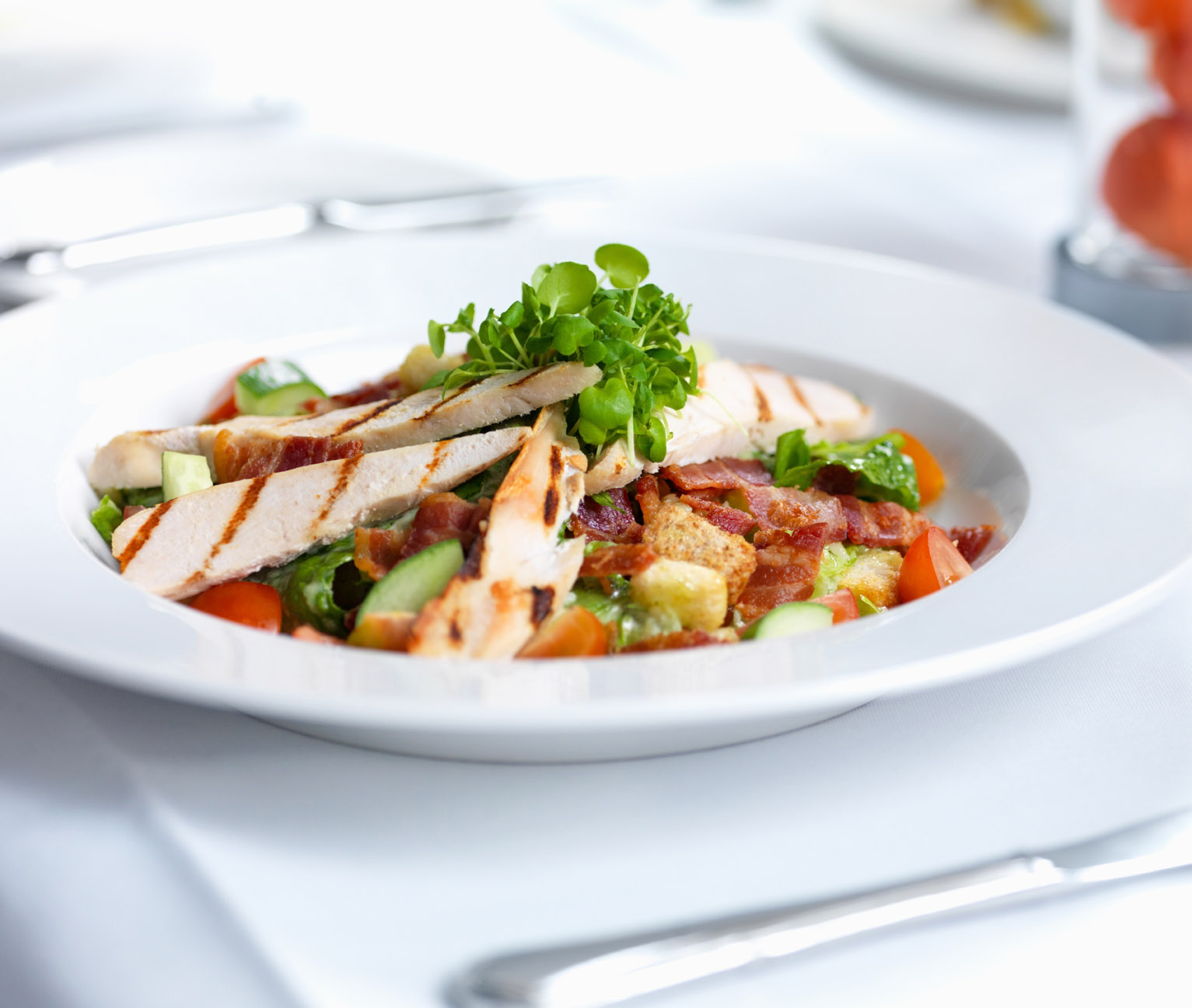 The truth is, the low-fat diet is a miserable failure. Almost every time it is pitted against another type of diet in a study, it loses (21, 22).

Even diabetics have been advised to follow this type of diet… the “carb up and shoot up” strategy that benefits no one but the drug companies. It is a simple biochemical fact that carbs raise blood sugar. This keeps the diabetic patients dependant on blood sugar lowering drugs (23).

Although low-fat diets may be okay for healthy people, they are a complete disaster for people with obesity, metabolic syndrome and type 2 diabetes.

In fact, several studies show that low-fat diets can adversely affect some of the key risk factors for metabolic syndrome and heart disease. They can raise triglycerides, lower HDL and increase small, dense LDL particles (24, 25, 26, 27, 28, 29).

It is time for the mainstream to retire the ridiculous low-fat fad and apologize for all the terrible damage it has done over the decades.

Bottom Line: The low-fat diet is a miserable failure. It has failed in every major study, yet is still being recommended by governments and nutrition organizations all over the world.

3. A Calorie Is A Calorie… Food Quality Is Less Important

The excessive focus on calories is one of the biggest mistakes in the history of nutrition. It is the myth that it is the caloric value of foods that matters most, not the foods that the calories are coming from.

The truth is… calories are important, but that doesn’t mean we need to count them or even be consciously aware of them. Humans were the healthiest and leanest way before they knew that calories existed. It’s important to realize that different foods have different effects on the hormones and brain centers that control what, when and how much we eat… as well as the number of calories we burn (30, 31). 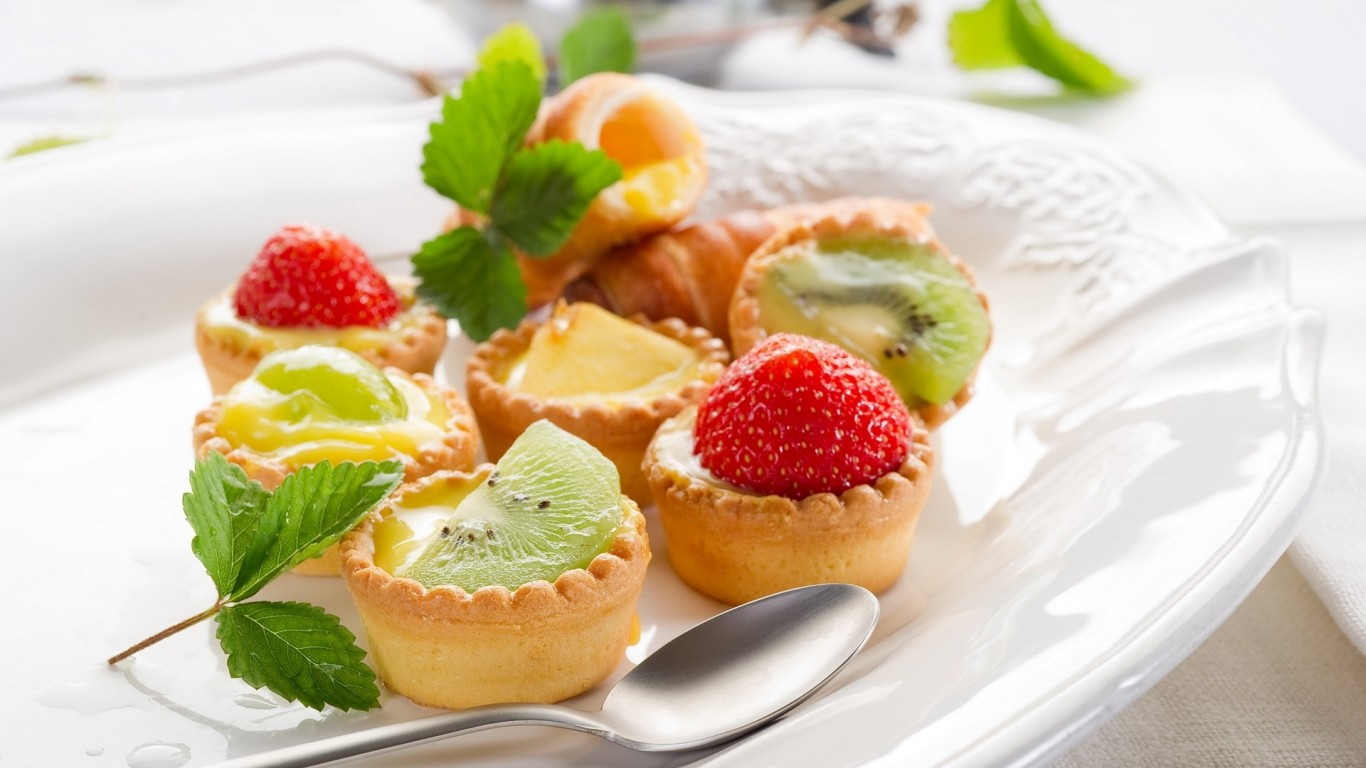 Here are two examples of why a calorie is NOT a calorie:

There are many more examples of foods and macronutrients having vastly different effects on hunger and hormones The myth that calories are all that matters for weight (and health) is completely wrong.

Bottom Line: The idea that calories are more important than food quality is a huge mistake. Different foods directly affect the hormones and brain centers that control our eating habits.

4. Use Polyunsaturated Vegetable Oils For Cooking

We are commonly advised to consume seed- and vegetable oilsthat are high in polyunsaturated fats. These oils, including soybean, corn, canola and cottonseed oils, have been shown in some studies to lower cholesterol levels.

However… if something lowers cholesterol, it doesn’t necessarily mean that it will prevent heart disease itself. Cholesterol is a risk factor, but it’s the hard end points (like heart attacks and death) that really matter.

There are actually a number of studies showing that despite lowering cholesterol, these oils can increase the risk of heart disease (36, 37).

Additionally, these oils are harmful for a number of other reasons. They’re loaded with polyunsaturated fats… but most of them are Omega-6s.

Humans need to eat Omega-6 and Omega-3 fatty acids in a certain balance, which is currently way off because people are eating so much of these oils (38). 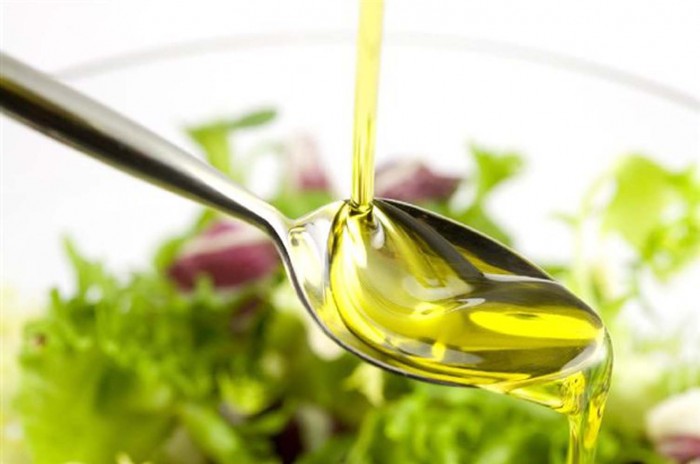 Eating a diet high Omega-6s and low in Omega-3s can contribute to inflammation in the body, but inflammation is one of the key drivers of almost every chronic, Western disease (39, 40).

These fatty acids also get incorporated into cell membranes, but polyunsaturated fats can react with oxygen and start free radical chain reactions in the cell membranes, which can damage important molecules like proteins or DNA (41, 42).

Additionally… what most people don’t realize is that due to the way these oils are processed (which involves high heat and the toxic solvent hexane), they are loaded with trans fats. In fact, a study on canola and soybean oils sold in the U.S. found that 0.56 to 4.2%of the fatty acids in them were trans fats (43)!

Many so-called “experts” are actually telling people to cook with these oils… which is a terrible idea because polyunsaturated fats are sensitive to heat and damage very easily (44).

Bottom Line: People have been advised to consume oils that are loaded with Omega-6 fatty acids and trans fats. These oils are very harmful, yet still being recommended by many mainstream nutrition professionals.

Mainstream nutrition has gotten many things wrong. However… the horrible advice to replace natural butter with processed margarine may be the worst.

Seriously… just look at the ingredients list for margarine. This stuff isn’t food, it’s a combination of chemicals that looks and tastes like food.

Margarine, not surprisingly, increases heart disease risk compared to butter (45). The same can be said about vegetable oils… multiple studies show that they contribute to heart disease and kill people (46, 47).

The studies say that these processed fats and oils increase heart disease risk, so it makes sense that we should avoid them if we don’t want to get heart disease.

Well, apparently not… the mainstream nutrition organizations are still telling us to eat them, even though these studies have been out for many years.

They just don’t get it. When we replace traditional foods like butter and meat with processed pseudo-foods, we become fat and sick. How many doctors, nutritionists, PhDs and decades of work does it take to figure that out?

Many of these diet myths are still being spread by the media and various health articles. Share this with others so that they can start eating right.