You Otter See This! An Otter Attacks An Alligator… AND EATS IT ALIVE!

An otter was photographed preying on alligator by Geoff Walsh in 2011. The incredible images were taken in Florida’s Lake Woodruff National Wildlife Refuge and posted to Facebook by the U.S. Fish and Wildlife Service earlier this week. 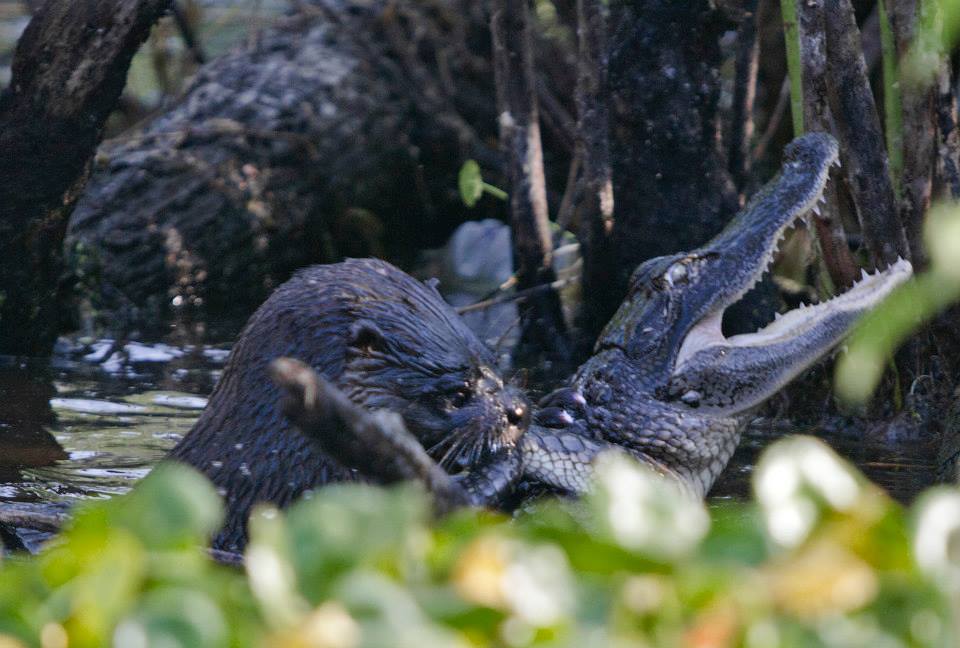 The otter eventually pulled the alligator up on the bank and proceeded to consume it, as evidenced by crunching noises. They were no longer visible at that point, but the alligator was done resisting when dragged out of the water. Despite their disarmingly cute appearance, otters are the apex predator of many freshwater habitats. 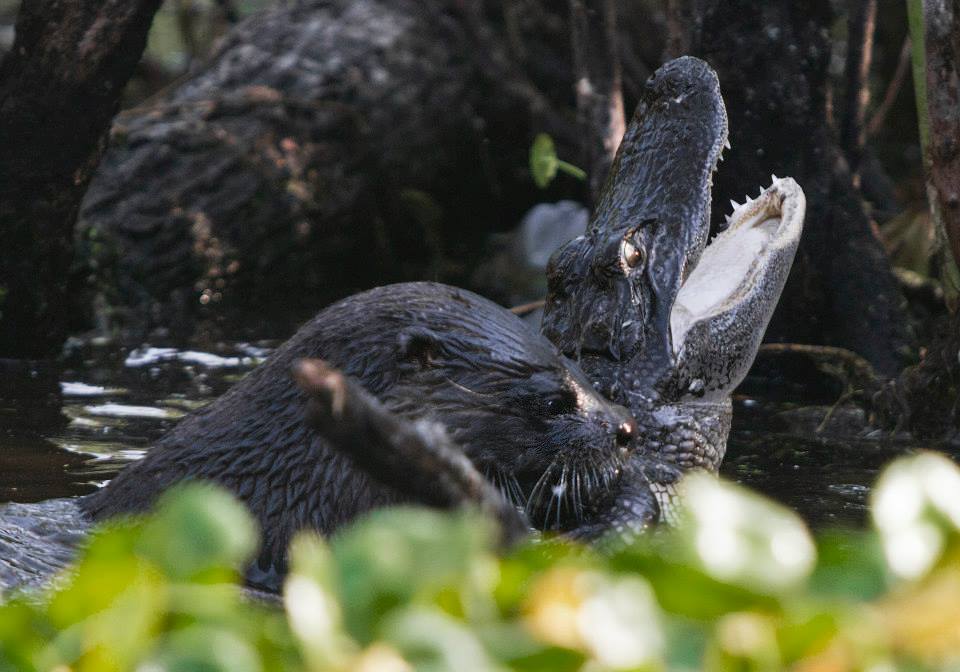 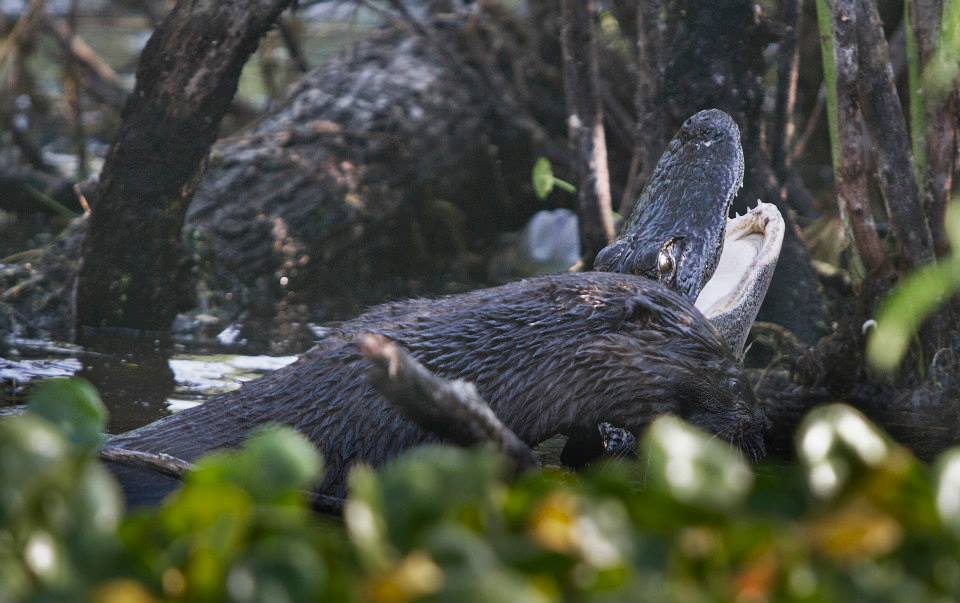 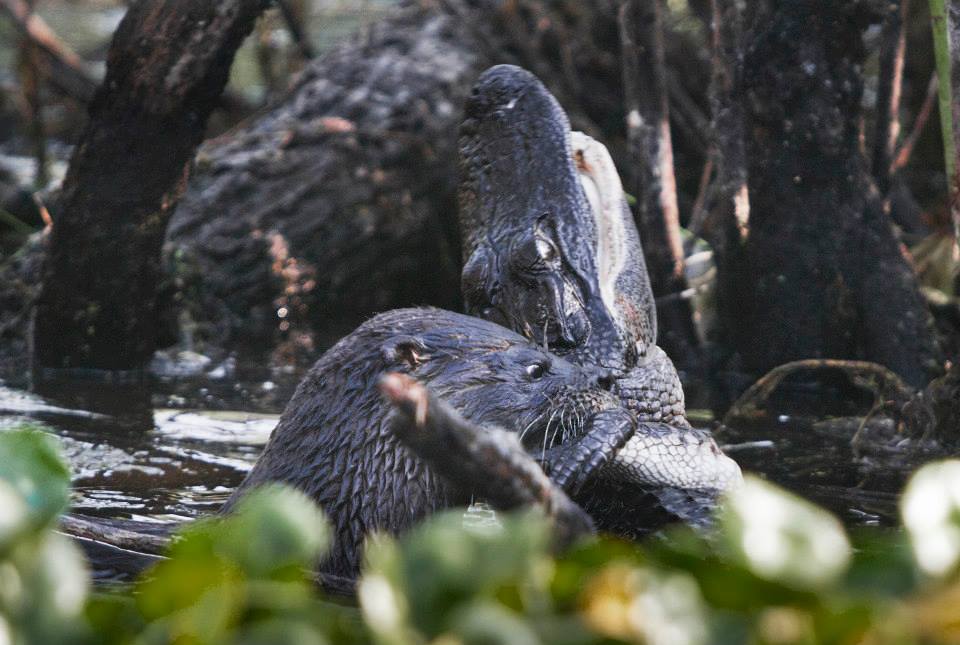 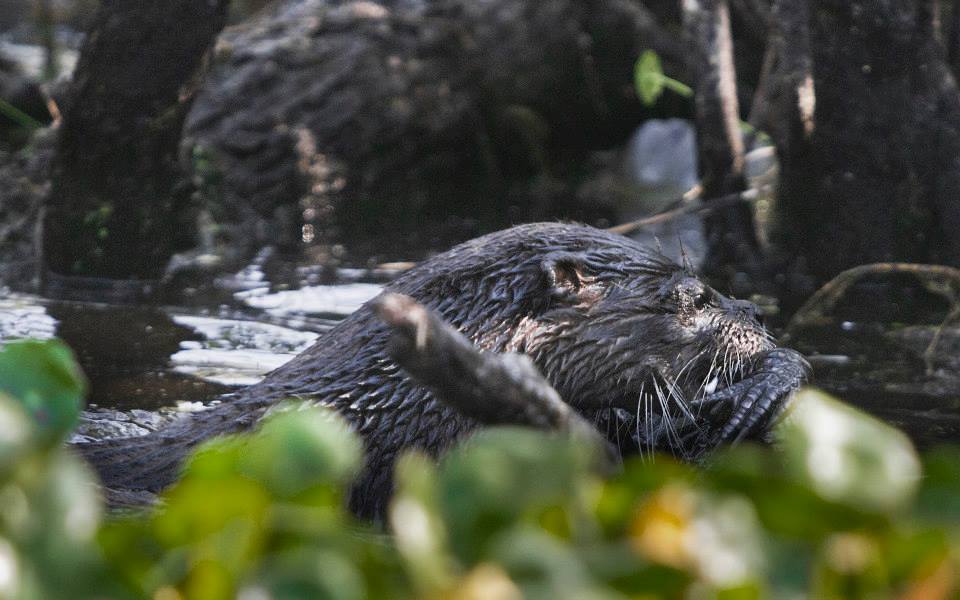