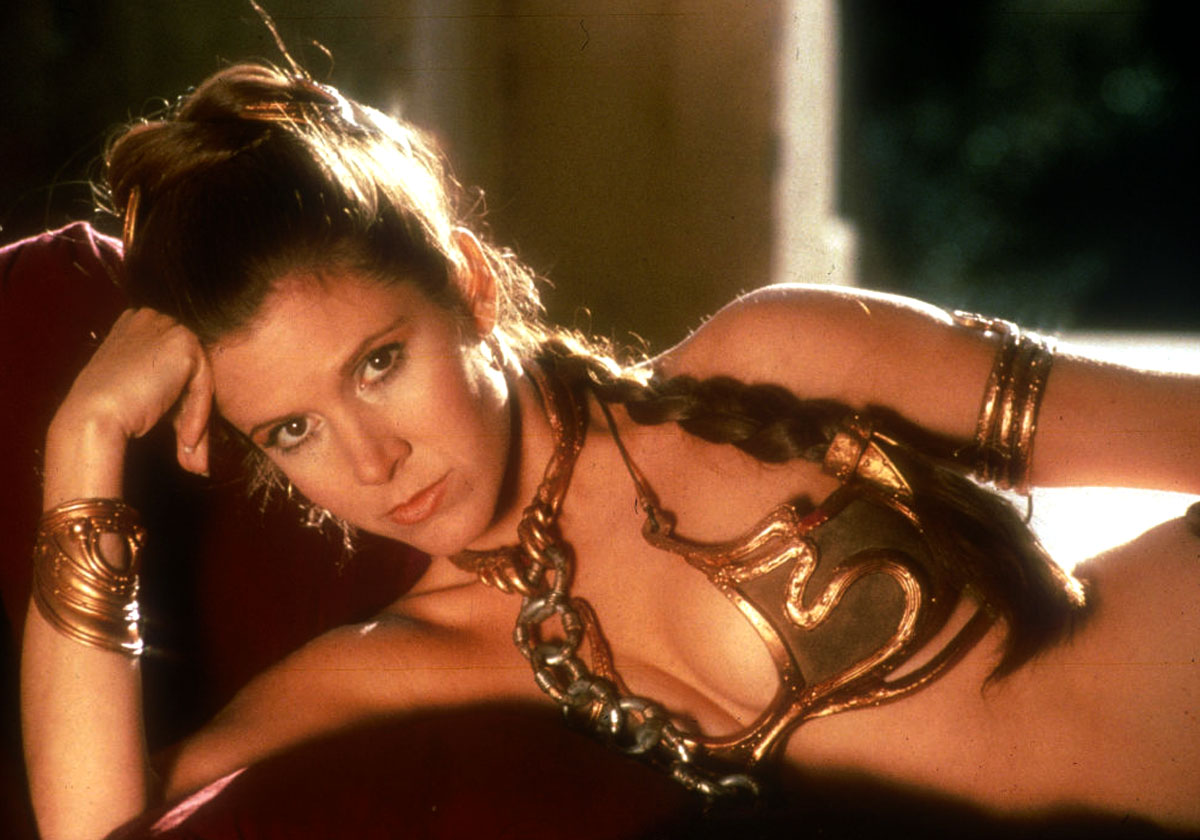 It’s no secret that Steven Spielberg and George Lucas are good pals. One of the best demonstrations of their friendship is this long-standing tradition between the two movie makers. When Lucas’ Star Wars eclipsed Spielberg’s Jaws as the all-time box-office leader back in 1977, Spielberg took out a full-page ad in Variety magazine congratulating his old pal.

The ad has the R2-D2 robot character from the Star Wars universe reeling in the giant shark that terrorized beachgoers in Jaws. Spielberg also writes a brief inscription saying that Lucas’ “hyperspace performance package really did the trick” and signs it “your pal, Steven.”

Check out the vintage full-page ad: 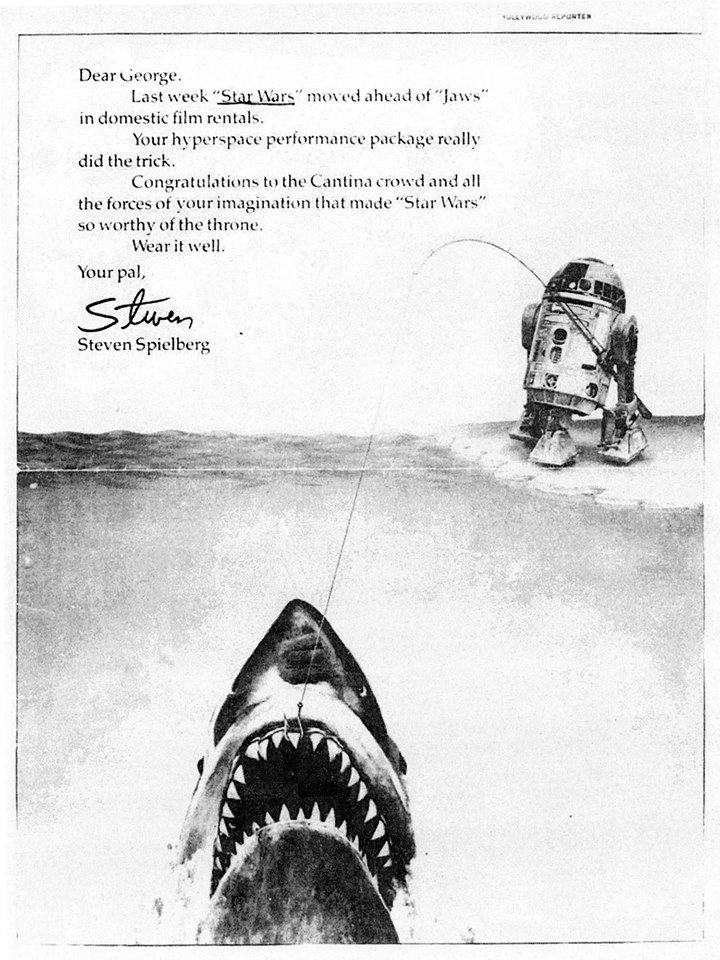 Once Spielberg’s “E.T. The Extra-Terrestrial” reclaimed the box-office throne in 1982, Lucas returned the favor by taking out his own full-page ad in Variety. 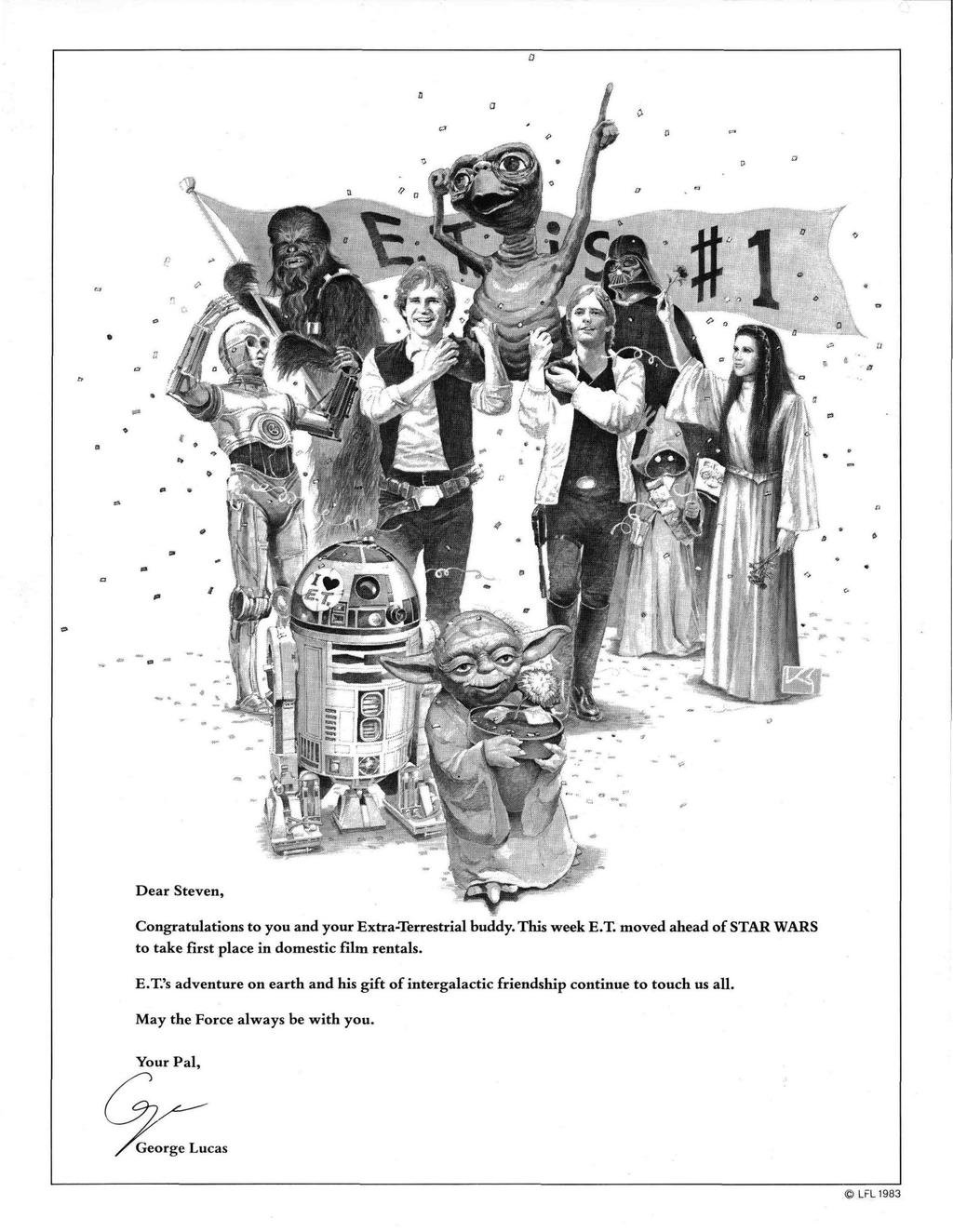 Lucas kept the tradition alive, taking out this full-page ad when, in 1998, James Cameron’s “Titanic” sank the reissue of “Star Wars” to become the top box-office movie of all time.

“It was an extremely gracious gesture,” Cameron said. “I sent him a thank-you note after.” 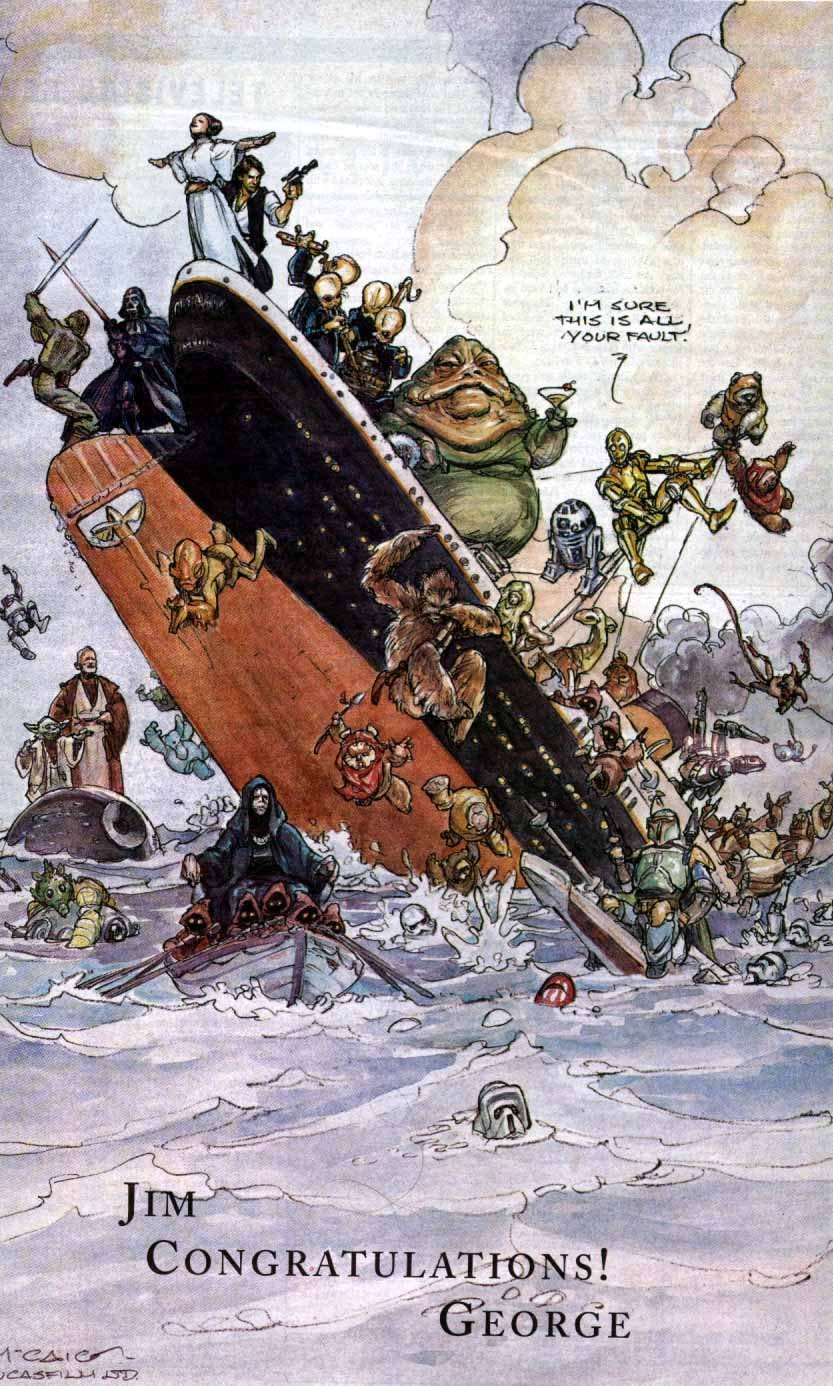 If their awesome friendship inspired you, share this story with your friends.